Nouriel Roubini says it’s ‘mission impossible’ to avoid a hard landing, and we’ll get the worst of the 1970s and 2000s combined 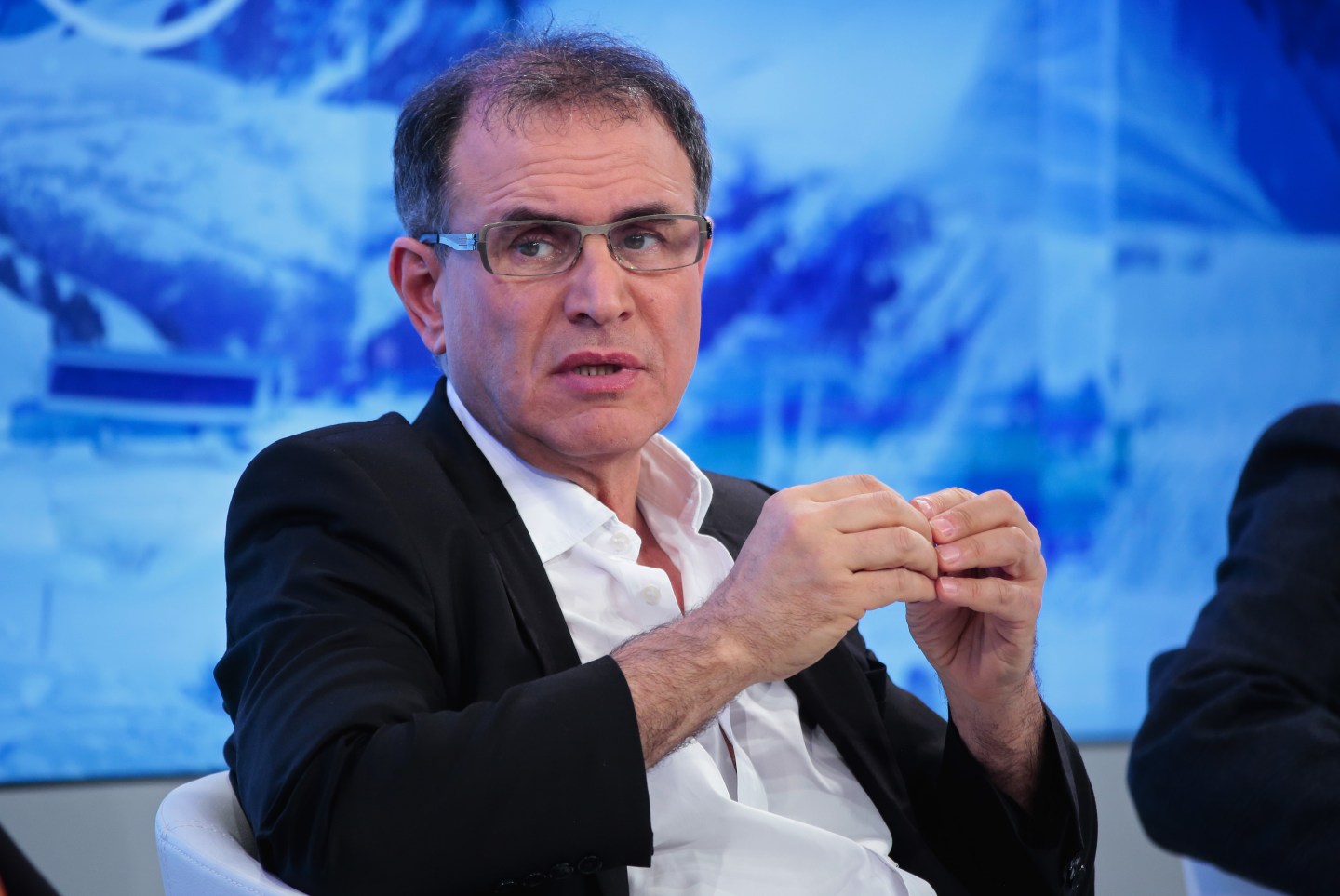 A soft landing for the U.S. economy might be a pipe dream, according to Nouriel Roubini.
Jason Alden/Bloomberg via Getty Images

The Federal Reserve is playing a complicated balancing act with huge implications. It’s trying to slow the economy bit by bit through interest rate hikes to reduce soaring inflation, while not tipping the economy into a recession.

Fed Chairman Jerome Powell still says it’s possible to cool the economy and keep employment stable—all without causing a severe downturn, in what would be a “soft landing.”

But if history is any indication, a recession and an economic “hard landing” are all but guaranteed, says Nouriel Roubini, professor emeritus at New York University’s Stern School of Business and the CEO of Roubini Macro Associates. He earned the nickname “Dr. Doom” for his prophetic visions of looming economic downturns, including an accurate prediction of the 2008 housing crash and subsequent market crisis.

With the U.S. annual inflation rate as high as it is—8.2% in October—only a deep recession and a steep spike in unemployment might be enough to fix it, Roubini warned in a recent interview with Fortune.

“In U.S. history, over the last 60 years, there has never been an episode where inflation was above 5% and unemployment was below 5% [when] the Fed started raising rates and avoided a hard landing,” Roubini said. “History suggests it’s going to be near mission impossible to avoid a hard landing.”

But any continued economic downturn may result in something worse than higher unemployment, Roubini warned. Multiple factors could collide to create a recession that combines the elements of the two worst financial crises in recent U.S. history: the 1970s energy shocks and the 2008 financial crash.

Recession on the way

In September, Powell said that a “modest” increase in unemployment would signal that the Federal Reserve’s effort to tame inflation was succeeding, as higher unemployment means less of the competition for workers that has driven up wages and contributed to inflation over the past year as companies pass costs onto consumers through higher prices.

The U.S. unemployment rate in October was 3.7%, up from 3.5% in September—though still relatively low by historical standards. To bring today’s levels of inflation in check, unemployment may need to go much higher, and the Fed just doesn’t want to talk about it, said David Rubenstein, billionaire investor and cofounder of the Carlyle Group.

“He can’t quite say this, but if the unemployment rate goes up to 4% or 5% or 6%, inflation will [probably] be tamed a bit,” he said of Powell during a September interview with CNN.

Former Treasury Secretary Larry Summers gave a similar estimate to the Financial Times last month, predicting that the Fed is “unlikely to achieve inflation stability without a recession of a magnitude that would take unemployment toward the 6% range.”

Roubini told Fortune that a recession is coming and will likely send unemployment much higher than its current level.

But unlike the many banks and strategists that have forecast a mild recession, Roubini said that the coming downturn will not be “short and shallow” and is instead likely to be “severe and more protracted.”

Worst of both worlds

Roubini warned that a confluence of factors—including rising national debt levels, supply-chain issues, and a global energy crisis—could bring together the worst of two historically bad economic downturns in the U.S.

Roubini said that the coming recession has some similarities to the 1970s economic crisis that was largely caused by two oil supply shocks in 1973 and 1979, which led to high global oil prices and fuel shortages.

Today the world is in the grip of another global energy shock, this time with natural gas in the spotlight. The war in Ukraine has severely disrupted global energy markets, including severely limiting natural gas flows from Russia to Europe and sparking an energy crisis on the continent. Natural gas is expected to remain in low supply well into next year, while the war has also aggravated an oil crunch that started during the pandemic era.

“In the 1970s we had two negative supply shocks. Today we have many more than two,” Roubini said.

But a big difference with the 1970s—and a worrying parallel with the downturn of the late 2000s—is the soaring level of U.S. national debt, according to Roubini.

“[In the 1970s] we did not have high debt levels so there was no widespread debt crisis,” he said. “After the GFC there was a debt crisis to match the debt of households with the banks, mortgages, and the housing bubble gone bust.”

In 2022, after years of higher government spending and pandemic-era stimulus, the U.S. national debt has reached new heights. The U.S. government went on a borrowing spree in the earlier days of the pandemic to help shore up the economy as businesses faced closures and unemployment soared, but that borrowing has returned with a vengeance with the national debt topping $31 trillion for the first time last month.

“Today, we have negative supply shocks worse than the ’70s,” Roubini said. “And we have the worst of the GFC because the debt ratios are through the roof,” referring to today’s soaring national debt crisis and its similarities with U.S. debt in the late 2000s.

Roubini said that the resulting combination might push the U.S. economy into something even worse than a recession, as high inflation combined with slower economic growth due to high debt levels could lead to stagflation, a toxic mix of high prices and low-to-zero growth.

“You’re gonna get not only inflation, not only a recession, but what they call the Great Stagflationary Debt Crisis,” Roubini said. “You’re going to essentially have a combination of both, so it’s much worse than the ’70s and it’s probably as bad as during the GFC.”