Nouriel Roubini has ‘no beef with getting older,’ but thinks the world’s failure to have enough children will end ‘centuries of social progress’ 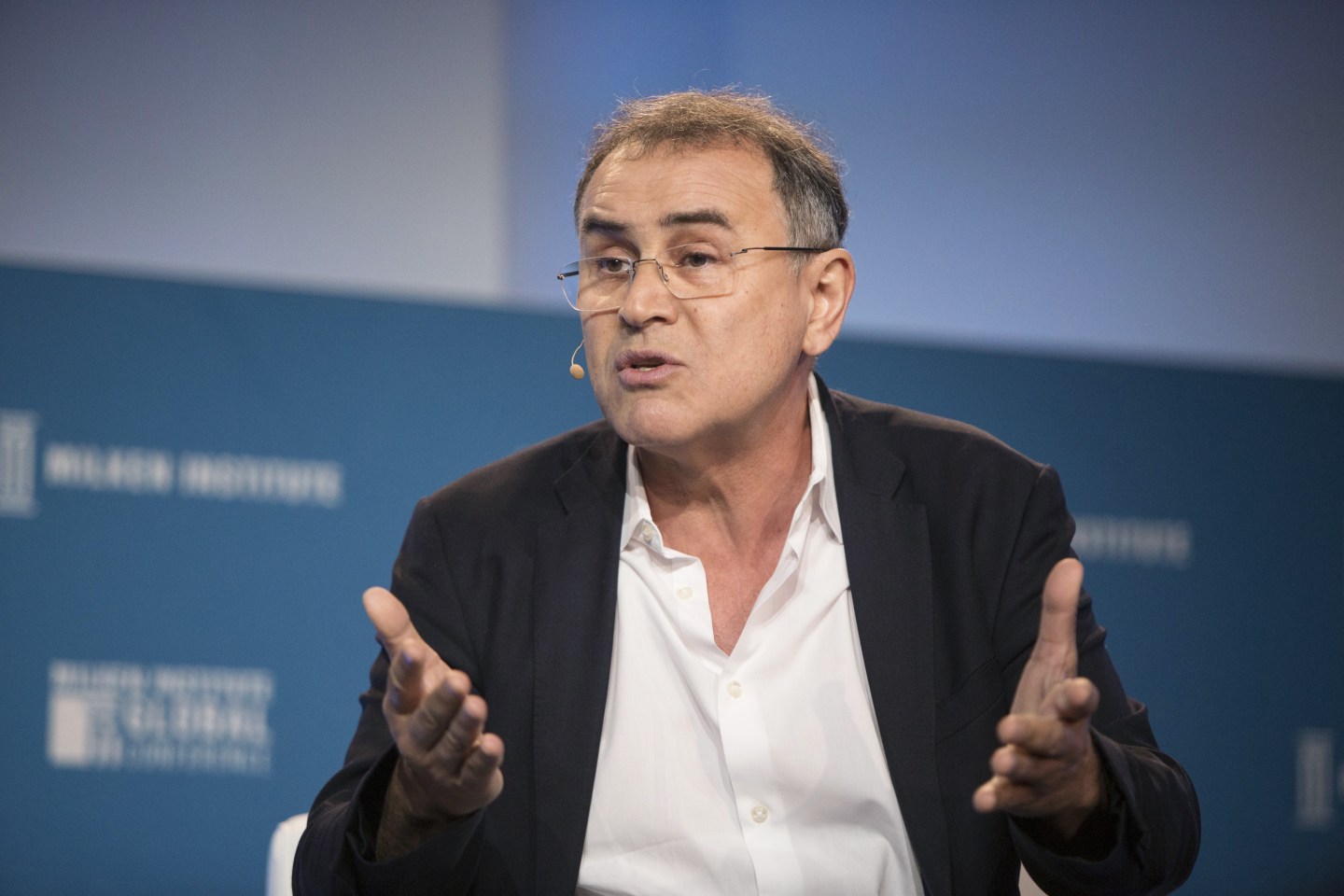 Economist Nouriel Roubini warns of a system under which people are being taxed today to pay benefits to the people who are receiving them.
Dania Maxwell/Bloomberg via Getty Images

“Nature abhors the old,” Ralph Waldo Emerson wrote when the Industrial Revolution was in its youth. Modern observers are reaching the same conclusion for reasons that the author of Self-Reliance could not have foreseen.

Many workers in advanced economies are approaching advanced and retirement age, especially in Japan and Europe but also the United States.

I have no beef with getting older. No one escapes it. But an aging workforce can trigger spiraling problems in economies where growth has peaked. Aging reduces the supply of workers and slows down productivity as investment in new machines declines. Financial promises—pensions and health care—divert increasing chunks of national income to an older population. As jobs move abroad and robots proliferate, advanced economies employ fewer workers who must support growing ranks of retirees.

If the trend continues, and I see no reason it won’t, we can forget a future that continues centuries of social progress from one generation to the next. Instead of buying goods and building nest eggs for young families, the paychecks of active workers will be more and more devoted to maintaining safety nets for the elderly. Lower rates of spending and savings by younger generations will pump the brakes on economic growth.

Nobel laureate Milton Friedman, an economist fiercely opposed to government intervention, sounded one of the first warnings. Way back in 1980, he railed against a looming crisis when we had more time to avert it.

What you have is a system under which people are being taxed today to pay benefits to the people who are receiving them. What’s puzzling is that nothing has changed, despite mounting evidence over decades that the threat is real. In 2012, The Clash of Generations authors Laurence Kotlikoff and Scott Burns calculated for the United States the difference between official public debt and true indebtedness when unfunded obligations are included. They call this difference the fiscal gap. Official debt, they determined, was then $11 trillion. True debt was a whopping $211 trillion. They sounded the alarm, but policymakers did nothing.

In the United States today, a decade after The Clash of Generations was published, the fiscal gap measures 14 times GDP. More stunning still, they found, the fiscal gap “is 22 times the official debt that now has everyone’s attention.” This does not bode well.

Giant fiscal gaps are now part of the global economic landscape. “Aging is a Europe-wide phenomenon,” the World Bank has warned. Consider one example: Poland. In 1950, half the population was less than 26 years old, still youthful. Today the median age is approaching 40 and on its way to 51 in 2050. A graying population is also shrinking. Poland is projected to have 32 million people in 2050, 6 million fewer than in 1995.

Across developed nations, statistics expose a treacherous imbalance. Instead of going to young workers, an increasing share of the national income must preserve standards of living for retirees. The skewing gets worse every year as payrolls and working-age populations shrink and old-age liabilities balloon. If young workers do not yet resent surrendering their futures in order to bankroll retirees, they eventually will. Watch for headlines declaring generational conflict between young and old.

Instead of moving forward, we have slipped backward. In 1960, there were five active workers for every retired and disabled worker in the United States. The ratio slipped below three to one in 2009 and is headed toward two to one by 2030, according to the Social Security Administration.

The situation in the United States was dire, but not as dire as in Europe, thanks to immigration that until recently helped to increase the U.S. labor supply. The total U.S. population is not yet decreasing, even though birth rates are well below the so-called replacement rate of 2.1 children per woman. The continuing influx of immigrants from Asia, Central, and Latin America, and elsewhere, helped the total population to grow, albeit very modestly. Nonetheless, more retirees in the United States will swell Social Security rolls to 73 million beneficiaries, nearly twice the number that received payments in 2010. The value today of unfunded obligations that will come due in the future exceeds $5 trillion, more than two and a half times the ambitious jobs bill proposed in 2021 by the Biden administration.

Japan has one of the oldest populations in the world, as birth rates are very low and life expectancy is very high. Legacies of comprehensive social welfare programs leave Europe and Japan with the steepest hills to climb. Aging in those regions is occurring faster than in the United States while pension promises are overall more generous than in America. Safety nets that were the envy of workers a generation ago heap mountains of debt on current and future generations.

The United States is close behind Europe and Japan in a race that bestows no glory on its winners. The problem isn’t just with the federal government. A crucial measure of implicit debt highlights the difference between the assets all 50 states collectively hold in their pension systems and how much they owe.

Right now, underfunded private sector plans could leave taxpayers on the hook for $185 billion, and that’s a best-case scenario.

National health expenditures are climbing even faster than pension commitments. In 2020, spending on Medicare, Medicaid, private insurance, hospitals, physicians and clinical services, out-of-pocket costs, and prescription drugs grew by nearly 10% to $5.4 trillion. That’s $12,530 per person, or almost 20% of the U.S. gross domestic product.

These financial pressures are destined to increase. Through 2028, national health spending in the United States is on pace to grow at an average annual rate exceeding 5%.

A 2010 paper published by the National Bureau of Economic Research exposed one land mine that is poised to explode. The Growth in the Social Security Disability Rolls: A Fiscal Crisis Unfolding, by David Autor and Mark Duggan, found that Social Security insures more than 80% of non-elderly U.S. adults against the risk of disabling physical or mental illness, a much higher number than in the past. They attribute the rapid expansion in payments to three factors: Legislation lowered the benefits threshold for workers with back pain, arthritis, and mental illness. Added tax benefits for disability income added incentives for workers to seek benefits. And a steep increase in working women expands the pool of insured workers.

Thus, the unfunded liabilities deriving from aging and a pay-as-you-go welfare system for the elderly—pension, health care, disability benefits, and other services—are huge and exploding over time, especially in advanced economies but now also in some aging emerging markets. Clearly, implicit debt is a major time bomb.

Nouriel Roubini is a professor of economics at New York University’s Stern School of Business and a former White House and U.S. Treasury official. He is also the founder and chairman of economic and financial consulting firm RGE Monitor and is an adviser to central bankers around the world.