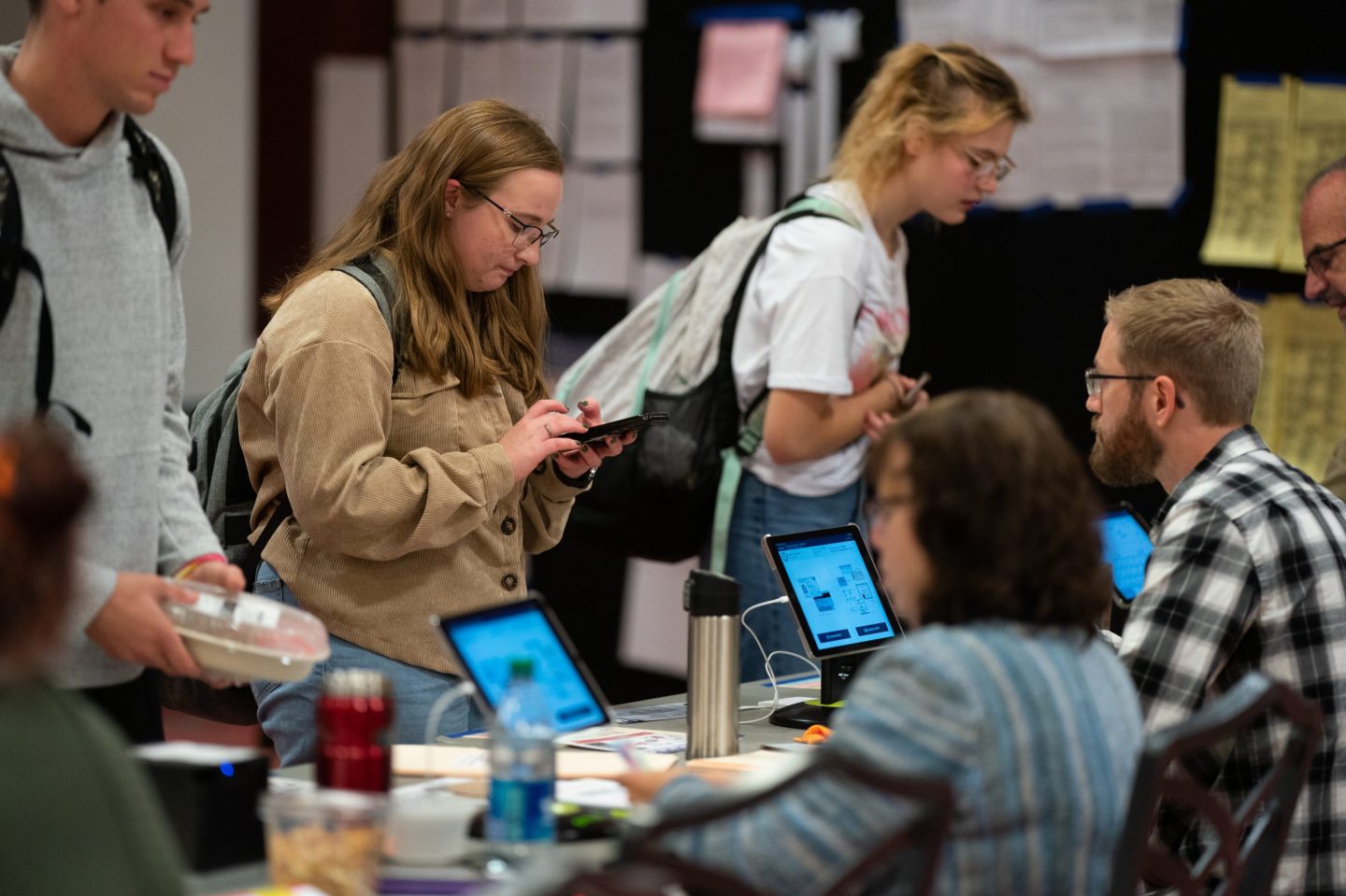 Several swing states saw a record surge of young women registering to vote in the midterm elections as they felt abortion rights were at stake.
Sarah L. Voisin - The Washington Post - Getty Images

U.S. voters have made their voices heard and, in some states, identified social issues like abortion as the top priority, which defies traditional political takes that the economy trumps all other issues in elections.

Pundits were particularly shocked to see a high level of engagement from young voters in a midterm election, with exit polls highlighting social issues as key to candidate selections. Businesses should take note of the clear values exhibited by young people: Your employees and consumers expect you to take a stand on societal issues.

With the consistently high turnout rates for Gen Z voters over the past few elections, it’s time to put to bed the outdated stereotype of a disaffected, disengaged younger generation. Instead, business leaders should examine these political behaviors to understand the seismic influence Gen Z’s values have on workplaces and brand expectations today.

The impact of Gen Z voters

Gen Z played such a key role due to their increasing numbers (they currently represent 10% of eligible voters), relatively high turnout (they voted at the second highest rate of any midterm election in the past thirty years), and cohesive voting patterns (they predominantly voted for Democratic candidates).

Without the Gen Z vote, the outcome of these midterms would look very different.

The issues they care about

More interesting than turnout is understanding why they chose to show up for the midterm election: it boils down to social issues such as abortion access, LGBTQ+ rights, racial equity, climate, gun violence, and the very future of our democracy. Among these issues, three stood out as critical considerations for Gen Z voters.

Abortion access was very much on the table for young people this election, with 44% of 18-29 year-olds claiming it as their number one issue (the number two issue of inflation came in at 21%).

Post-Dobbs, Pennsylvania, Texas, and Kansas experienced a surge in voter registration among women under 25, and 65% of Gen-Z voters stated that abortion access played a significant role in their decision to vote.

Gen Zers also deeply care about climate change. They recognize they are inheriting the effects of climate change–and so are disproportionately galvanized to combat it.

A 2021 Pew research poll found that 76% of Gen Zers classify climate change as one of their biggest societal concerns. Some 37% ranked it as their biggest concern. Research by Edelman also shows that Gen Zers view climate as one of the top five issue areas they want brands to address.

Gen Z is similarly motivated to end gun violence, having lived through its effects for years. According to a study published by Edelman client Project Unloaded in Sep. 2022, nearly a third of young people reported having personally experienced gun violence–and half report thinking about mass shootings weekly or even daily. Gen Zers in aggregate view gun violence as one of their top three priorities–and made their views clear in this election.

What it means for your business

This generation is proving that they are willing to take action to stand up for their values. So, what are the lessons for business leaders from this year’s midterms?

Stop underestimating Gen Z and focus on understanding them. This generation–your current and future workforce–lives and breathes intersectionality and applies that principle daily.

Edelman’s trust research finds that across the globe, Gen Zers are more worried about “we” than “me” and feels a deep sense of community and empathy. They recognize the urgency of the moment. In fact, 70% of Gen Z respondents say they are involved in a social or political cause.

CCOs and CMOs are taking note. A majority believe that Gen Zers have become a leading force in societal movements with the ability to disrupt business. This generation has grown up with active shooter drills from an early age and inherited a climate crisis. As the midterms showed, this generation commands attention and respect.

Social issues are not a fad for Gen Zers–and business can’t ignore these issues. Every year, millions of dollars are spent on ads to build brand awareness and loyalty. However, Edelman Trust research shows that 73% of Gen Z consumers buy or advocate for brands based on beliefs and values. That percentage is even higher for those aged 14 to 17. The new generation makes decisions based on trust.

Companies that want to win Gen Z customers need to build that trust through action on social issues, not simply marketing on the topic. With that trust, comes Gen Z brand advocacy and purchasing. Smart business leaders will prioritize long-term trust-building tactics with this generation because they recognize that this is their future workforce and a crucial segment of consumers with growing purchasing power.

It’s not enough to just make a statement on social issues. Gen Zers expect companies to take action. Gen Zers don’t form opinions of a company solely based on the quality of their services or products but take a hard look at a company’s ethics, practices, and social impact.

If you want to attract the best and brightest to your company, you should be prepared for tough questions about your health care policies, climate positions, and racial justice initiatives, among others.

Companies and members of the business community in socially conservative states anticipate challenges in recruiting top talent to relocate as states pass abortion bans. Research from Morning Consult with Tara Health Foundation and BSR backs this up: Students want to live in communities that align with their personal values on issues like LGBTQ rights and 58% of Gen Zers want to live in a state where abortion is legal and accessible. It is increasingly a business imperative to understand the broader legislative landscape for your workforce and potentially consider actions that support their needs.

Gen Zers have the power to influence older generations, creating the potential for greater disruption in business. Edelman’s Trust research shows that Gen Z’s impact spreads to older generations in the workplace, in what they buy, and what causes they support. It’s no surprise then that CMOs and CCOs recognize the power of this generation to disrupt business in society.

Businesses must think holistically about societal issues, develop perspectives that align with the company’s vision, purpose, and values–and understand all stakeholders. It may not be possible to engage on all social issues raised–but employers must at least be aware of the issues employees care about and develop a decision-making framework for if, when, and how to engage.

Gen Z’s socially motivated patterns give a clear picture of this generation’s values. Gen Z is a burgeoning power in its own right–and it influences other generations.

To attract the best talent, both Gen Z and multi-generational, to engage consumers, and to demonstrate high returns to investors, it is critical that companies engage with societal issues, develop clear points of view aligned with their purpose, and prepare to act.

Amanda Edelman is the COO of Edelman’s Gen Z Lab. Andrea Hagelgans is the managing director of social issues engagement at Edelman.