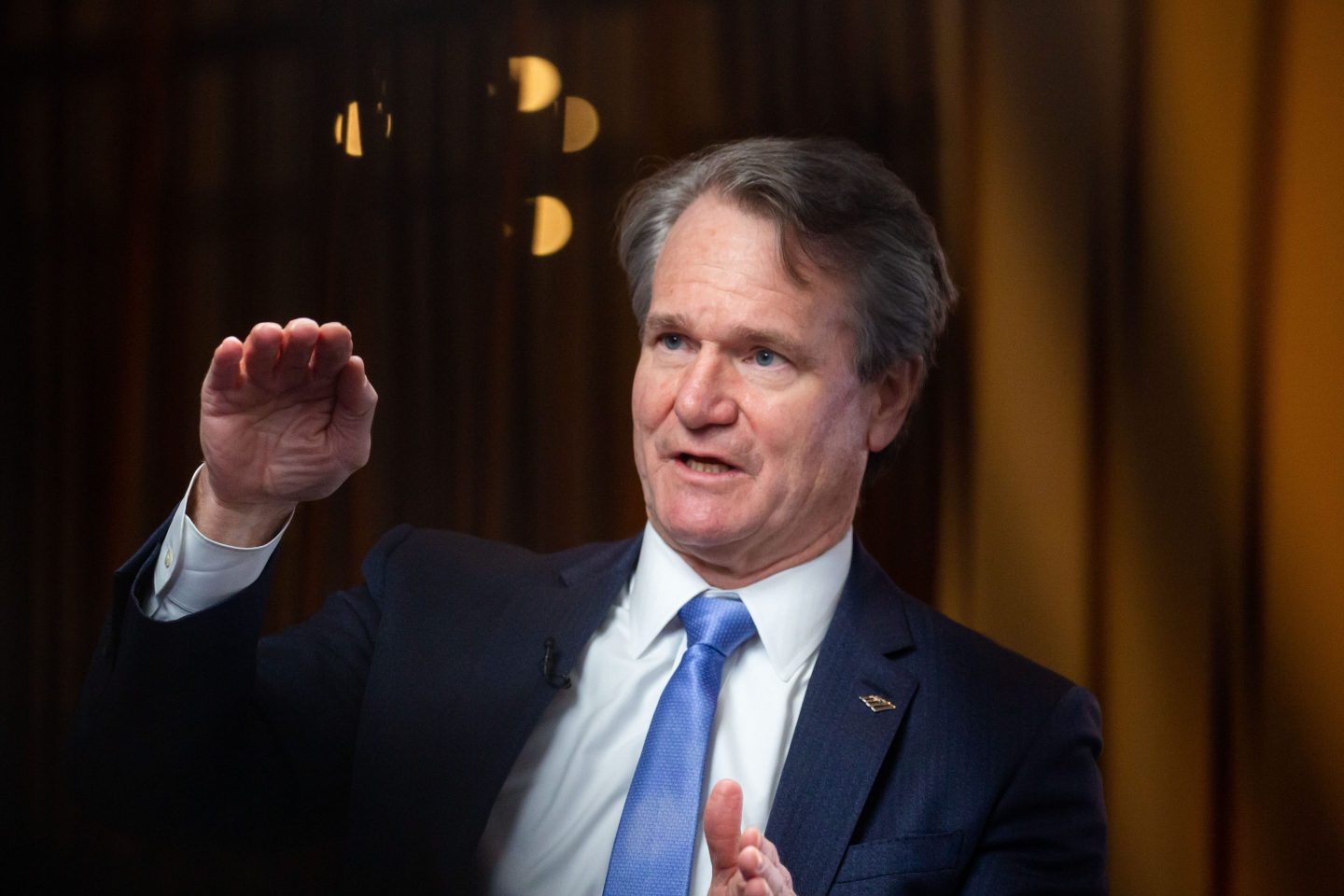 Bank of America has to trim down its headcount in the coming weeks as an economic downturn takes shape on the horizon.

But unlike peers at Goldman Sachs and Morgan Stanley who have resorted to mass layoffs, Bank of America CEO Brian Moynihan and CFO Alastair Borthwick are opting for a different strategy.

Moynihan says he doesn’t see the need for layoffs and plans to reduce the bank’s headcount by letting natural attrition do most of the work. Once employees depart from the company voluntarily, the bank will keep empty positions unfilled, move people around, and retrain them as needed.

“We don’t lay off people, but we have an ability to reshape our headcount pretty quickly just by the turnover that occurs,” Moynihan said on Tuesday during a financial conference, according to CNBC.

Bank of America’s headcount has bounced between 205,000 and 215,000 in recent years, as it hired thousands of people over the pandemic. “We’re up to about 215,000 [employees]; we need to run that back down,” Moynihan said at the conference.

The company is also using technology to reduce its non-customer-facing employees by consolidating back-end processes and updating its mobile apps, Moynihan says, which the company is expected to continue doing in the new year.

How does Moynihan differ from the rest?

Moynihan has taken a different approach in managing style from other banks in recent years, by raising the minimum wage paid to staff, offering employees more cash and stock bonuses, and improving benefits over the last year.

But what also separates Moynihan from the rest of the pack is his optimism about where the economy is headed. Moynihan has been a staunch believer that the upcoming economic downturn won’t be as bad as people fear.

On CBS News’s Face the Nation on Sunday, he said that he expects the U.S. economy to contract by “just 1%” for the first three quarters of 2023, then return to positive growth.

Moynihan is also no stranger to layoffs or recessions.

In the aftermath of the financial crisis, Moynihan previously made the decision to cut 30,000 jobs from Bank of America in 2011 to save the company $5 billion to ensure its survival.

Which banks have done layoffs?

As the possibility of an economic downturn begins to spill over from the tech sector into banking, many of Bank of America’s peers have already started culling their employees to lean their operations as dealmaking dries up.

Goldman Sachs meanwhile has embarked on the biggest round of jobs cuts since the start of the pandemic in September, eliminating several hundred roles from its 47,000-person company.

Much like other financial institutions like Citigroup and Barclays, Goldman Sachs is also reinstituting the Wall Street ritual of culling its weakest performers.

Big Wall Street banks typically cut the bottom 1% to 5% of what they deem are the lowest performing workers right before bonuses are paid, leaving more money for the remaining 95% to 99% of employees who made it through the year.

For most banks, the practice was paused in 2020, after the pandemic sparked a two-year boom in activity and dealmaking.

Now as the Fed continues to aggressively hike rates, dealmaking has screeched to a halt, forcing banks to reinstate their annual performance reviews and let go of more people.