‘How could you have an unemployment-less recession?’ Bank of America CEO Brian Moynihan says the latest jobs report supports his prediction of a ‘mild’ downturn 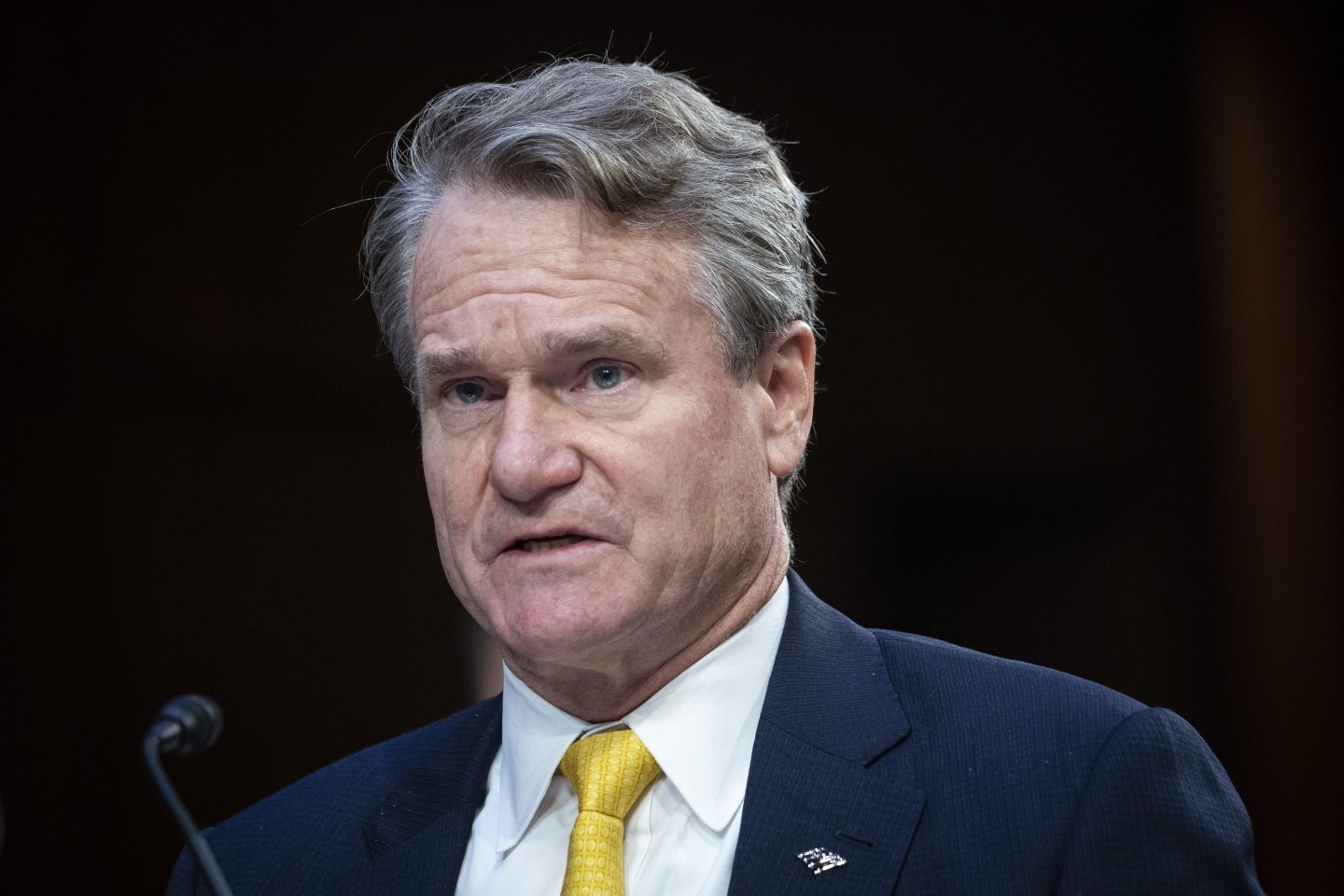 Bank of America CEO Brian Moynihan pointed to a strong U.S. labor market and resilient consumer spending as to why a possible U.S. downturn would be "mild."
Al Drago—Bloomberg via Getty Images

Bank of America CEO Brian Moynihan is sticking to his earlier predictions that a U.S. recession, if it comes, won’t be as bad as people fear.

“How could you have an unemployment-less recession?” Moynihan asked on CBS News’s Face the Nation program on Sunday, citing the 263,000 new jobs reported in the U.S. jobs report on Friday.

The Bank of America CEO on Sunday said he expects the U.S. economy to contract by “just 1%” for the first three quarters of 2023, then return to positive growth. “This is a more mild recession,” Moynihan said.

Moynihan has been more optimistic about the U.S. economy than some of his peers. Last week, the Bank of America CEO predicted a mild downturn on CNN, quipping “hurricane season is now closed.” (Moynihan was referring to a June comment from JPMorgan CEO Jamie Dimon that the U.S. economy was facing a “hurricane”)

In June, Bank of America’s incoming head of U.S. economics forecast that the U.S. might see a mild recession by the end of 2022. But strong consumer spending in September led Bank of America’s research team to move their recession forecast to 2023. “They keep pushing it out,” Moynihan joked last month at the Fortune CEO Initiative conference.

In October, Nouriel Roubini, the New York University professor often dubbed “Dr. Doom” for his predictions about the 2007 housing crash, said he expects the U.S. to face a “long and ugly” recession.

Last week, Mohamed El-Erian, chief economic advisor for Allianz, called out banks predicting a “short and shallow” recession in an op-ed for the Financial Times. El-Erian says he worries that they risk “a repeat of the analytical and behavioral traps that featured in last year’s ill-fated inflation call.”

A June survey from the Financial Times reported that two-thirds of U.S. economists believed a recession would hit next year. CEOs are also worried, with 98% of corporate leaders preparing for a recession over the next 12-18 months, according to an October survey from the Conference Board.

Yet on Sunday, Moynihan defended his more optimistic view by pointing to the U.S.’s strong performance amid Federal Reserve interest rate hikes.

“The belief was when the Fed started raising rates that there would be an immediate snap to the economy,” Moynihan said. “That didn’t happen.”

Other banks are also reconsidering the possibility of a U.S. recession, thanks to better-than-expected economic data. Both Goldman Sachs and Morgan Stanely forecast in November that the U.S. may narrowly escape a recession altogether.

The Bank of America CEO did point to some negative indicators, like a weakening housing market and slowing consumer spending. But Moynihan says the wobbles prove the U.S. economy is becoming more sustainable.

Declining job openings and turnover, in particular, are not good for individual jobseekers, Moynihan says, but they are “actually good signs for the economy in terms of it starting to get into a better situation that it can grow at a more normalized rate.”

Bank of America economists predict that unemployment will increase to 5.5% by next year, according a research note published last week. People losing their jobs is “a horrible thing to contemplate,” Moynihan said on Sunday, but the U.S. has experienced that rate of joblessness before. Prior to the COVID-19 pandemic, the U.S. most recently recorded a 5.5% unemployment rate in May 2015.