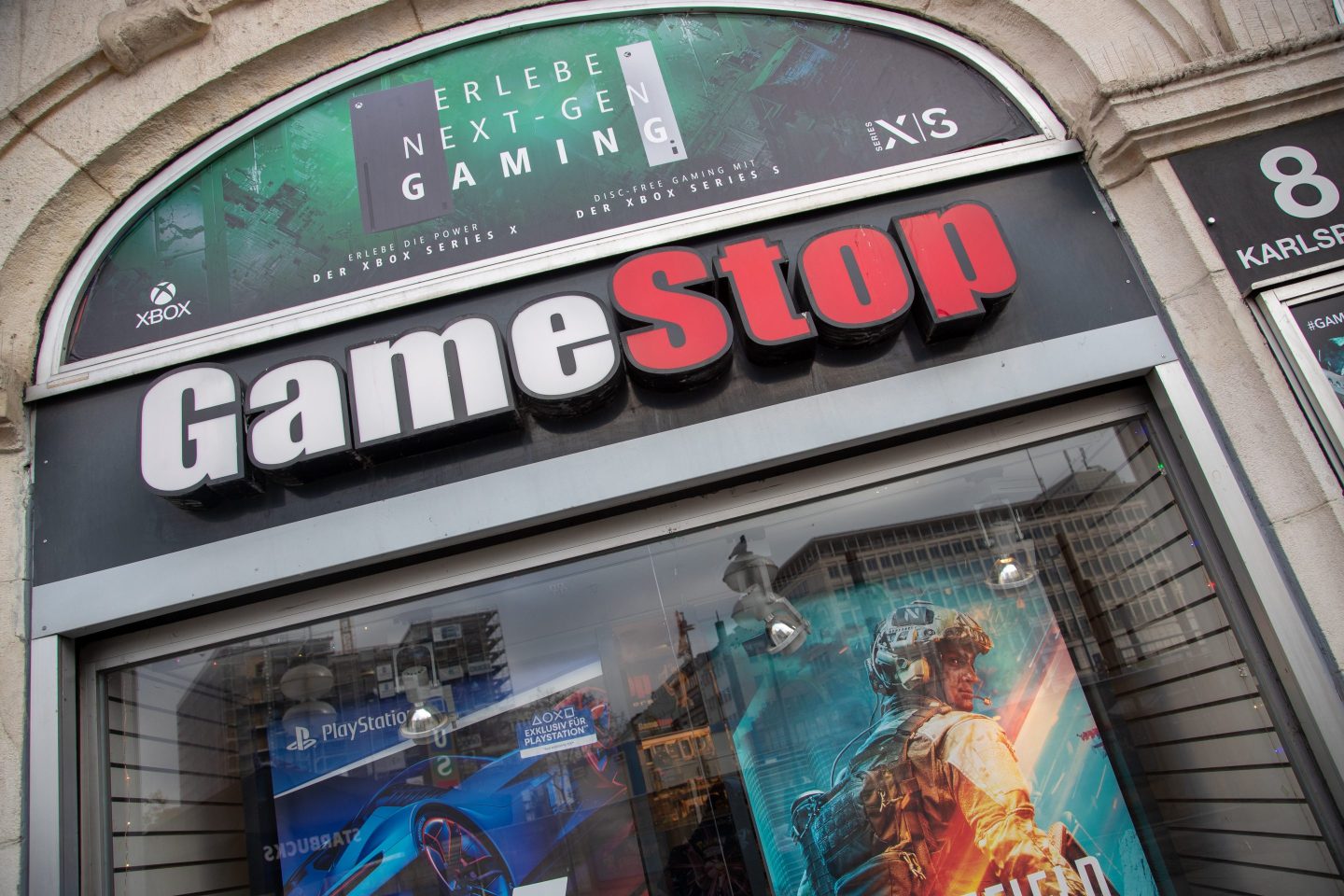 It seems that 2021 was an amazing year for meme stock sensation GameStop, but 2022 has been a very different story.

The company has begun another round of layoffs, according to several reports and LinkedIn posts from former employees.

“Received the unfortunate news this morning that I was part of today’s layoffs at GameStop,” Gabriel A., who identified himself as a former senior software engineer at the company, wrote on LinkedIn Monday. “I’m proud of what I built for the eCommerce + Retail tech infrastructure during my time there and the opportunity to work with a great team while doing so.”

Another person, Will Helms, who said he was a software engineer for the company, wrote on LinkedIn: “Super sad to say I was a part of the layoffs today at GameStop.”

Gamestop did not immediately respond to Fortune’s request for comment.

The company’s crypto team, tasked with building the company’s blockchain wallet, is facing the brunt of the blow, Axios reported, citing a source within the company that said the team was heavily impacted.

“Unfortunately I was impacted by layoffs at GameStop today,” Brandon Jenniges, who identified himself as an iOS Engineer for Blockchain at GameStop, wrote on LinkedIn Monday. “I had a great time getting a deep dive into Ethereum and learning about many new things in the crypto space.”

GameStop partnered with the failed crypto exchange FTX in September “to introduce more GameStop customers to FTX’s community and its marketplaces for digital assets.” After the FTX collapse began early last month, GameStop moved to cut ties with the exchange, tweeting on Nov. 11 that it was “winding down its relationship” with FTX.US.

GameStop’s CEO Matt Furlong, in a copy of an email sent to staff obtained by Kotaku, did not clarify the extent of the layoffs, but referred to the cuts as “headcount reductions” across different teams. Furlong called the decision “proactive” and “difficult,” while blaming it on the current economic climate.

This isn’t Gamestop’s first round of layoffs this year. In July, chief financial officer Mike Recupero was let go along with others across several divisions. The memo to employees regarding the layoffs at that time, obtained by CNBC, read: “our focus is on achieving sustained profitability. This means eliminating excess costs and operating with an intense owner’s mentality.”

It’s just one of several tech companies that have executed or announced layoffs over the last few months. Meta, Amazon, and HP Inc. have all announced major job cuts.