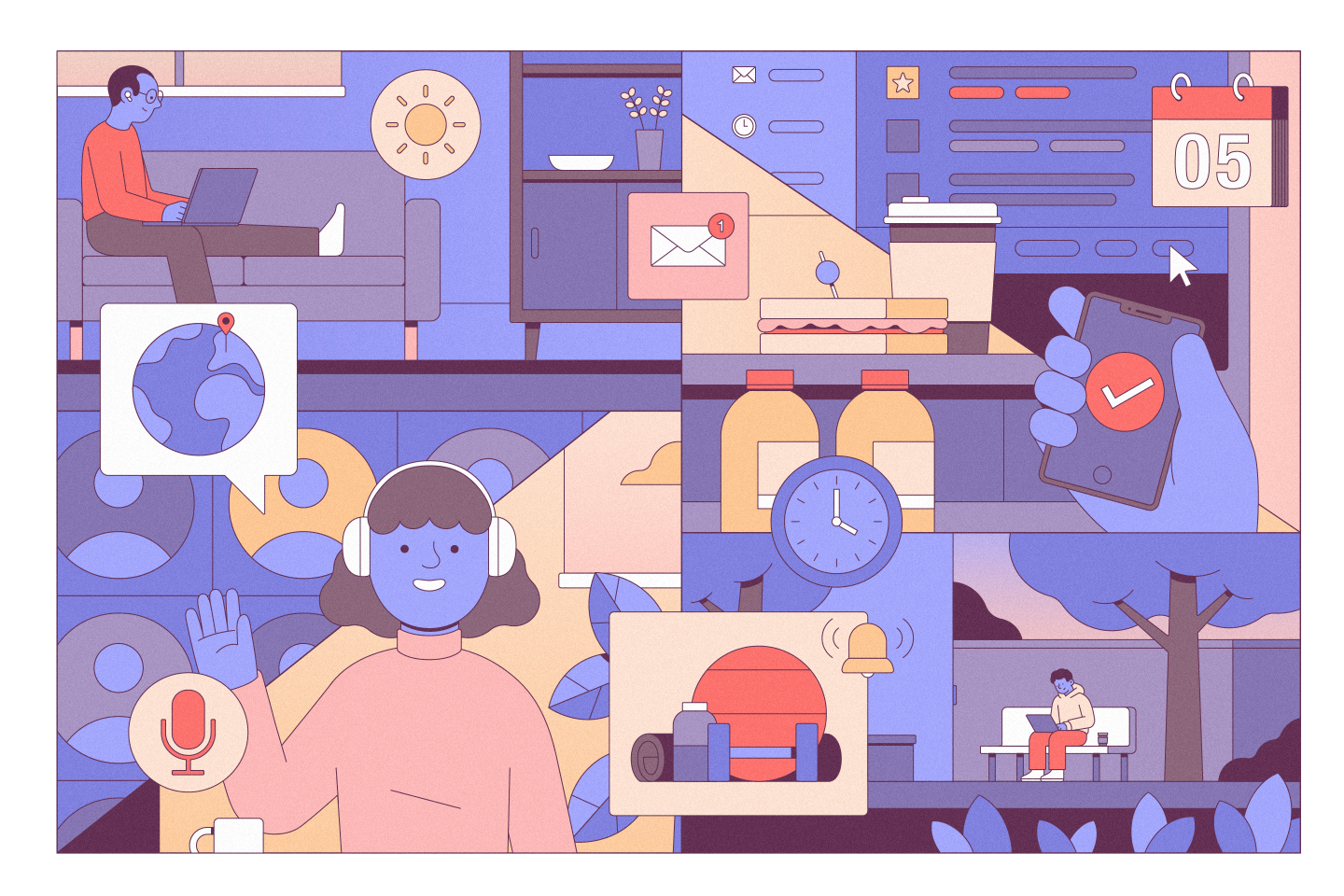 Before COVID-19 upended the workplace status quo in the spring of 2020, some 97% of Dropbox employees worked from the office. By that fall, the initial shock of the pandemic had subsided, but many employees believed they’d return to the office once vaccines became widely available.

Dropbox chief people officer Melanie Rosenwasser was under no such illusion. In October 2020, she was already rolling out a plan to transform the tech company into a virtual-first workplace. Dropbox’s mission, she says, is to “design a more enlightened way of working,” so there would be no return to the office—now or in the future.

“Any future of work strategy we chose, we wanted to ensure that employees had control over not only how they work, but where they work,” Rosenwasser tells Fortune.

Her return-to-office strategy has two main components: virtual first, doing away with the need to come to a physical location, and asynchronous by default, operating under the assumption that most work does not need to be done during the standard, nine-to-five workday. Meetings are exclusively reserved for discussion, debate, or decision-making and are only scheduled between 12 p.m. and 4 p.m. EST. Employees can perform individual work at their convenience.

Asynchronous work necessitates a behavioral shift in which employees are no longer obligated to complete their work on a set timetable and instead have the agency to determine their schedule. “We’re trying to put practices into place that, if adopted on a wider scale, make everyone more productive and efficient,” Rosenwasser says.

The model seems to resonate with workers. A Dropbox survey of employees who adopted the asynchronous by default model found that 78% felt more productive at work, and 72% felt they could better balance work with their personal life.

Rosenwasser admits the policy’s rollout did not unfold seamlessly. “The biggest learning for me was that this takes a substantial amount of time,” she says. Some employees preferred a traditional nine-to-five schedule to the asynchronous approach and left Dropbox in the fall of 2020, resulting in one of the highest attrition rates the company had ever experienced. The company declined to share a specific turnover rate but said, “We lost that in-person connection, which is required for shared identity and purpose.”

Dropbox had always envisioned that in-person meetings would complement its virtual-first model once it was safe to do so. For those face-to-face needs, the company refitted its offices into what it calls Dropbox Studios. These spaces have many of the same amenities as pre-pandemic offices, like kitchens, conference rooms, and lounges with couches. The notable difference is that they contain no space for solitary work, which is to be done remotely.

There are currently permanent studios in San Francisco, Austin, Seattle, and Dublin. Dropbox also rents “on-demand studios” worldwide in cities where many employees live, but the company doesn’t have its own offices, such as in New York, Tokyo, and Tel Aviv. The New York studio, for example, is in a WeWork. Dropbox had entertained getting rid of its offices entirely but decided against it because it still saw value in having permanent workspaces for collaboration.

Dropbox did, however, significantly adjust its real estate portfolio as part of the transition to virtual first. It quickly downsized the 15-year lease it signed in 2017 on its roughly 735,000 square foot San Francisco headquarters, the largest office lease in the city’s history. Dropbox now subleases about 600,000 of those square feet; in total the company brought in $14.8 million in rent from its various real estate properties through the third quarter of this year, according to its latest earnings report.

Other offices Dropbox kept were turned into studios, refurbished with flexible walls and movable furniture that can be rearranged depending on the size and type of meeting. A fifteen-person project kick-off meeting might need a conference table so attendees can see each other and four walls to minimize outside noise. On the other hand, a team-bonding get-together might need couches for sitting but no walls so passersby can join in on the fun. Dropbox says it’s too early to have data on how many people come into a studio on a given day.

Studios are also hubs for organized team offsites, which Dropbox encourages managers to host at least once a quarter. But the company says that in-person attendance isn’t mandatory yet because some employees may still be concerned about COVID. Middle managers often tack their own “mini-offsites” onto bigger ones organized by executive leaders, so employees don’t have to attend multiple offsites a quarter. And Dropbox increased travel and expense budgets so teams can attend.

The company also templatized team meetings with its “offsite in a box” toolkit that includes how-to guides for setting up an agenda, running a postmortem on a completed project, and ideas for guest speakers, all with varying options based on the budget size and number of participants. The toolkit is a flowchart with contingency plans to reduce the administrative burden on managers, many of whom are novices at planning such events.

With its virtual-first strategy finally in full effect and renewed in-person interaction, Dropbox’s record-high attrition rate fell to the lowest in company history. Employee engagement scores also increased by 12% from 2020-2022, according to data Rosenwasser shared.

But she notes that while studios provide teams with a space to convene with immediate colleagues, they don’t help employees get acquainted with members of other Dropbox functions. In response, the company created Dropbox Neighborhoods: dedicated Slack channels for employees living in the same area to plan events like happy hours or volunteering days. The idea is to provide remote workers with a substitute for the more intimate, non-work-related social interactions the typical office offers, like holiday parties or after-work drinks. Remote employees don’t miss their commute, but they might miss chatting with a work friend.

Each neighborhood has a community manager who oversees peer-to-peer planning. Recent events include a virtual Halloween costume contest, a restaurant gift card raffle for Latinx Heritage Month, and a volunteer day at the San Francisco-Marin Food Bank for Bay area employees. Dropbox’s 32 neighborhoods in cities like Boston and Chicago have hosted over 60 events.

The company’s virtual-first play has helped it make a name for itself among job candidates. Ninety percent of applicants cite Dropbox’s location-agnostic policy as a reason to join the company.

That statistic doesn’t surprise Rosenwasser, who believes the company’s virtual-first and asynchronous style makes it “a place where people can come to do the best work of their careers.” Even better, she boasts, where and when they do that work is entirely up to them.