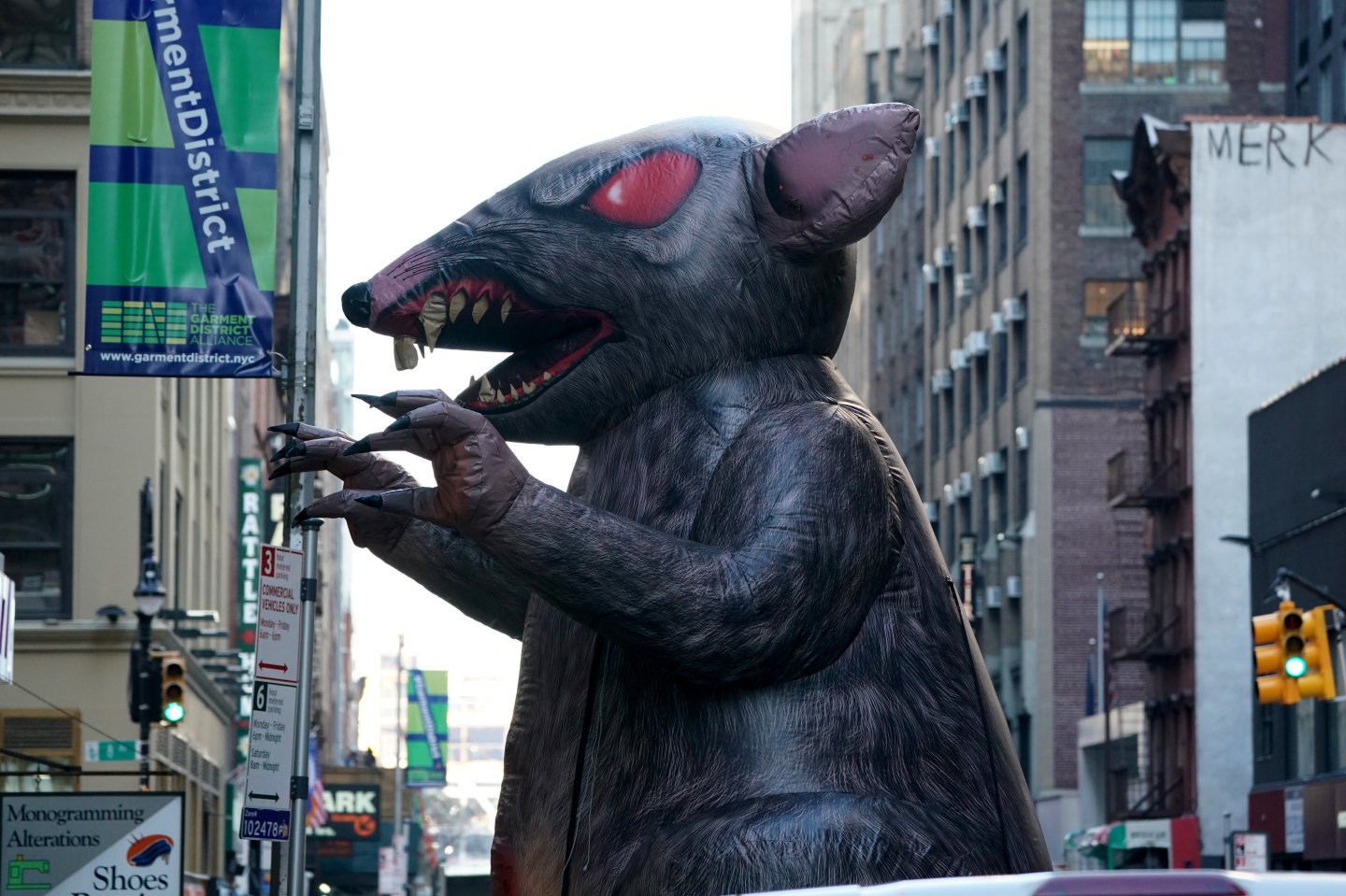 There are lots of reasons New Yorkers don’t want to go into the office anymore, and New York City Mayor Eric Adams may be trying to resolve one of them with his newest initiative to clean up the city’s streets.

New York City’s Office of the Deputy Mayor launched a job advert this week for a new director of rodent mitigation, unofficially known as the city’s “rat czar.” The post—which will pay between $120,000 and $170,000 a year—is ideally suited for “highly motivated and somewhat bloodthirsty” candidates who will be tasked with keeping the city’s notorious rat population in check.

“There’s NOTHING I hate more than rats,” Mayor Adams wrote on Twitter Thursday. “If you have the drive, determination, and killer instinct needed to fight New York City’s relentless rat population—then your dream job awaits.”

But there may be more to Adams’ battle with the city’s 2 million brown rats than personal disdain for the creatures.

Since being elected New York City Mayor in 2021, Adams has tried to woo businesses and consumer dollars back to the city center after the pandemic caused a rise in crime and hundreds of thousands of job losses that have yet to fully recover. In doing so, he’s been a high-profile opponent of remote work’s impact on its economic recovery. And the yet-unnamed rat czar is just the latest initiative to repackage  the city, along with other much more controversial moves involving crime initiatives, and a homelessnes plan that has human rights groups up in arms.

Adams has demanded CEOs start bringing back workers to New York City offices since the beginning of his term which began early this year, saying that the lack of commuters downtown is getting in the way of the city’s economic recovery from the pandemic.

But while CEOs of companies including Goldman Sachs and Jefferies want their employees back in the office, workers don’t necessarily feel the same way. After years of testing out working from home, many employees now favor a hybrid approach, dashing the hopes of CEOs who want to return to full offices five days a week.

In Manhattan, 49% of office workers were present at the workplace on an average weekday, according to a September survey by Partnership for New York, an advocacy organization. Only 9% of employees said they were going into the office five days a week.

The decline in everyday commuters coming to the city has led to shrinking spending on urban businesses. Economists have even coined a term for the effect remote work has had on once-bustling cities: the doughnut effect, a dispersal of spending and economic activity away from concentrated city centers toward the suburbs where many remote workers have now made their home.

For city governments reliant on tax revenues, the staying power of remote work is a pressing concern.

“In big cities like New York and San Francisco we estimate large drops in retail spending because office workers are now coming into city centers typically 2.5 rather than five days a week,” Nicholas Bloom, a Stanford economist who has been studying remote work arrangements years before the pandemic, told the New York Times this week.

“This is reducing business activity by billions of dollars—less lunches, drinks, dinners, and shopping by office workers. This will reduce City Hall tax revenues,” he added.

In New York City, nowhere is the lack of commuters more apparent than in the city’s public transit, which has seen a steep decline in ridership since the pandemic began and has yet to fully recover. Falling ridership has translated to plummeting fare revenues for the city’s Metropolitan Transportation Authority, sparking discussions on steep fare hikes or reduced service.

With the losses building up, Adams has announced multiple “Get Stuff Clean” initiatives to entice employees back to the office, with the survival of the city’s status as a global economic capital at stake.

“We have too many New Yorkers who are not in the city, and they’re carrying out jobs remotely, and it’s draining our economy,” Adams said in March. “So we’re doing a full push to get people back to work, get jobs back here in the city, train our young people so they can be employed, so we can turn around these numbers.”

Some of Adams’ other moves in this direction have initiatives to make the city more attractive to moneyed people have elicited major controversy. Earlier this week, Adams moved forward with a proposal authorizing officials to forcibly remove homeless people from the streets and put them in hospitals involuntarily if they were deemed to be suffering from a “psychiatric crisis.”

Human rights groups have criticized the new ruling, including the nonprofit Coalition for the Homeless, which accused Adams of having “scapegoated homeless people and others with mental illness as violent.”

As for Adams’ other initiatives, he has deemed the city’s rat population a necessary target in his campaign to clean up the streets, signing legislation last month to reduce the amount of time rat-attracting trash bags can be left out on the street.

Adams did not say cracking down on New York’s rat population could help bring back estranged office workers, but did note that the legislation was crucial for the city’s rebound from the pandemic.

“Rat-free streets are vital to vibrant neighborhoods and our city’s economic recovery,” he said.
The New York City Mayor’s office did not immediately respond to Fortune’s request for comment on the city’s rat problem and Adams’ ambitions for employees to return to offices.