Directors overboard: How many seats is too many? 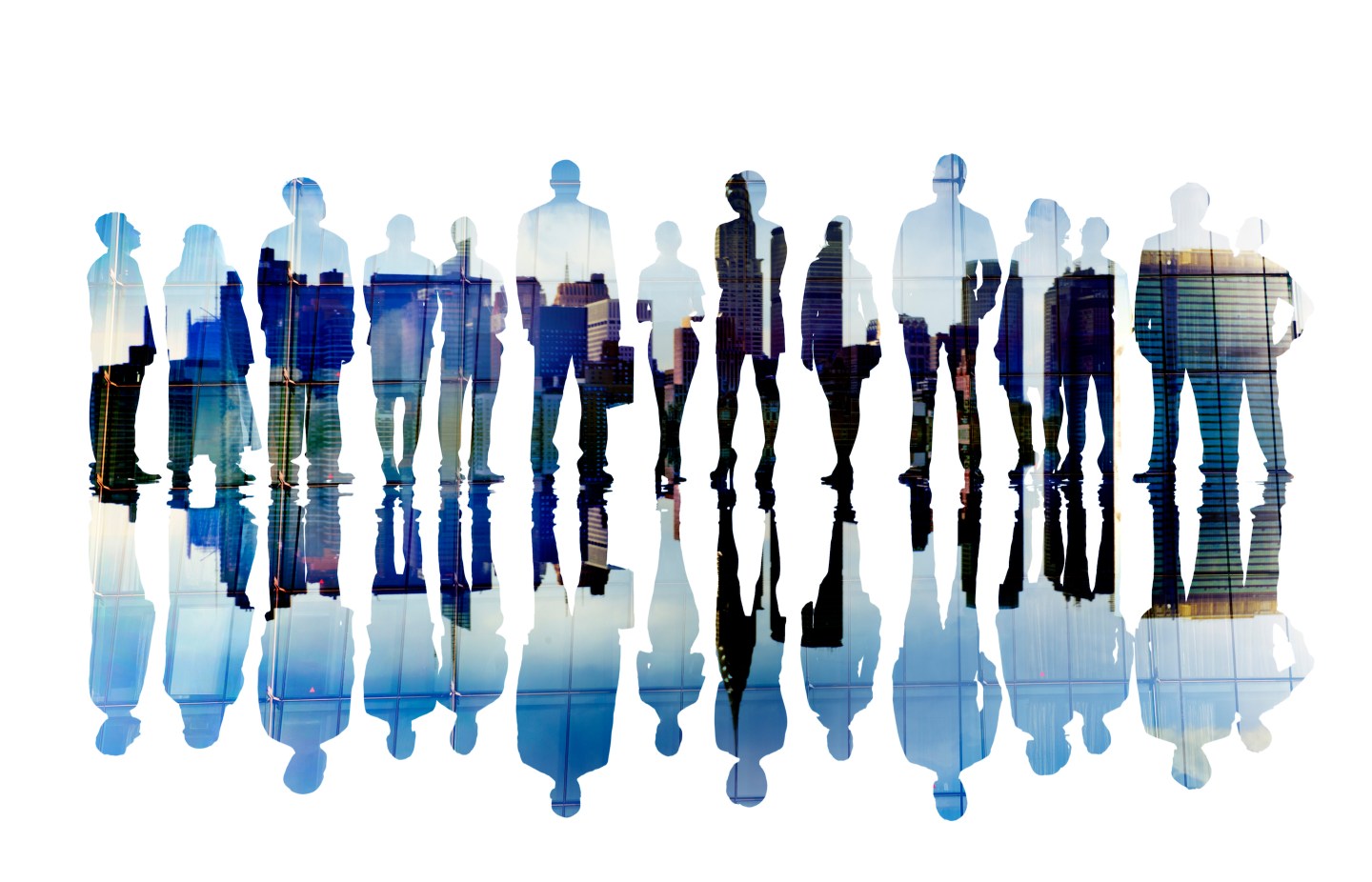 Where should directors draw the line, and how concerned should shareholders be about overboarding?
Getty Images

Serving on one board feels just right to Bill Kracunas. “For me, that’s my balance,” says the national strategy and management consulting leader at RSM US, a Chicago-based audit, tax and advisory firm that serves middle-market companies.

Kracunas is a director of Junior Achievement USA, which aims to empower young people economically by delivering educational programs focused on work readiness, entrepreneurship, and financial literacy. As a partner with the non-profit, RSM supports JA at the national and local levels, a task that for him is almost like another job in addition to his work and board duties.

“It’s created a third dimension already for me,” says Kracunas, who has held two other board seats in the past. “Our foundation gives me a lot of money, and so I want to make sure that’s all being deployed properly.”

Kracunas offers a word of caution for directors tempted to take on more seats than they can competently handle—a practice known as overboarding. “When you’re on a board, you’ve got to dig into the details,” he says. “You do need to understand what’s happening and what’s not happening at the organization.”

The need to grasp digital technologies has made being a director more complex, Kracunas adds. “That’s piled on top of your existing job, your other board role. And next thing you know, you’re looking at the board package five, 10 minutes before the meeting. Maybe that’s not ideal.”

So how many board seats is too many? Directors themselves have strong views on that. In PwC’s latest annual Corporate Directors Survey, almost half of the 700-plus respondents agreed that independent directors should sit on no more than three boards. When it comes to CEO directors, nearly 60% of those surveyed said that two is their upper limit. Meanwhile, about one third said that CEOs should serve on no other board.

As the survey notes, serving on the board of a public company is a major time commitment—typically 250-plus hours a year. “Investors have been concerned for years,” Maria Castañon Moats, leader of the Governance Insights Center at PwC, says of overboarding. However, some investors are comfortable with directors having four or five seats, Moats adds. “Investors might have a higher appetite than the directors themselves,” she says. “And that, I think, is a valid point, because who would know better than the directors what the workload is?”

Because overboarding is now widely discussed, Moats has also seen a change for the better as directors gauge their capacity. “‘Should I take on another board?’ is really where the question comes up. ‘Does it make sense for what I can handle?’”

Judging from the PwC survey, directors are coalescing around a maximum of three corporate boards, a limit that makes sense to Moats. For his part, Kracunas doesn’t think there’s a hard-and-fast number, noting the board duties can vary depending on the complexity of the organization and the industry.

He encourages anyone who might be in too deep to do some self-reflection. “Only you know when you’re not giving everything its full attention,” Kracunas says. “If you leave a board meeting and you have a feeling like you had a lot of questions you didn’t ask, maybe because you weren’t up to speed to ask them, it’s a sure-fire sign that maybe you’re not leaning in fully.”

Kracunas cites the recent sentencing of Elizabeth Holmes, the disgraced founder of Theranos, whose blood-testing technology turned out to be bogus. “Where was the board of directors in that whole mess?” he asks. “I think it’s an extreme example of overboarding.”

Although boards hold eight or so meetings a year, the real work has always been in committees, Moats observes. Meanwhile, the number of committee meetings has risen. “So you have to make yourself available to do the work, roll up your sleeves and do the committee work in order to be an effective board member and contributor to that committee.”

It looks like the workload will only keep growing. ESG and diversity, equity and inclusion are examples of “new ideas and new tough, sticky, complex problems that boards are engaged in that they weren’t before,” says Cynthia Soledad, co-leader of the diversity and inclusion practice with leadership advisory firm Egon Zehnder in Chicago. “The responsibility of boards is enormous. So thinking about how much capacity can one take on and satisfy all of those requirements on the individual boards is important.”

With company policies around overboarding fairly loose, is it self-regulating? Yes, says Moats, for two reasons. First, “You are well aware of what investors think would look like overboarding, and so you want to make sure that you stay south of that because you want to get votes for you to be elected,” she says. The second reason: “The nominating and governance committee chairs of individual boards take a look at that and try to make sure that you’re within bounds in terms of investor expectations and what you can handle yourself.”

Still, more directors than ever are serving on multiple boards. While mean board size decreased from 1996 to 2016, the average number of directorships per person increased, according to a 2020 paper co-authored by Feng Gu, professor and chair of accounting and law at the University of Buffalo School of Management. Where 26.8% of directors held two or more board positions in 1998, that share had risen to 40% by 2016.

Combine shrinking boards with tougher regulation since the 2007–08 financial crisis, and the implications for the average director are clear, Gu maintains. “The amount of work you have to do, the hours you have to put in and the stress of responsibilities have gone up substantially in recent years,” he says. “If a director decides to sign up with another board, this is going to make this director much less available for doing anything.”

Those trends prompted Gu and his colleagues to conduct the first study of its kind, examining the stock-price impact when a busy director stays with a public company after announcing their departure from another board. Their sample: 314 directors who left a board post during 2004–07 while still keeping one or more seats elsewhere.

The study found that those directors tended to resign from smaller, slower-growing and less profitable companies while staying on at bigger and better-performing ones. It also found that on and around the resignation date, the firms retaining the directors in question posted a mean three-day compound abnormal return (CAR) of 0.47%.

Also, the vast majority of the directors didn’t seek other board seats, lending more support to the idea that they became less distracted after their resignation.

The takeaway for board members: investors prefer a director who is well connected but not overstretched, Gu explains. “More is not necessarily better, only up to a certain point, like two seats or three seats altogether,” he says. “Anything beyond that is going to have negative implications for the value of a director to a corporate board.”

Next, Gu wants to explore how being overstretched as a director could affect important decisions like those involving mergers and acquisitions. “This is where we can further highlight the limitation versus the contribution of busy directors,” he says. “They don’t have the time and energy to go through the due diligence process or even to make [themselves] available for oversight after the acquisition is completed.”

Moats advises directors weighing the overboarding question to look at their portfolio of boards. “If you’ve been on a board—highly effective, of course—for a period of 10, 12-plus years, then maybe this…is an opportunity to say, ‘I served; it’s been a privilege, but now I’ll move on to this new board,’ where you can add a lot of value as an experienced director.”

Soledad would like to see companies that enlist experienced directors from certain groups make way for new blood. For her, overboarding and board diversification intersect in a couple of ways. First, when recruiting women and people from ethnic and racial minorities, businesses tend to draw from a relatively small pool of seasoned candidates, Soledad explains. For example, a director must have sat on a board before or be a current or former CFO.

But Soledad, whose firm publishes a Global Board Diversity Tracker, sees encouraging signs. Among them: “Opening up the definition of board-ready to include those who have not yet sat on a board, and have the onboarding processes acknowledge that fact and therefore be more ready to bring on first-time board directors,” she says. “That opening of the aperture to who could be considered board-ready helps to address this possible dynamic of overboarding.”

The second intersection point, according to Soleded: “We actually saw some directors who are of majority identity say, ‘Perhaps I take this opportunity to roll off of some boards as the need for diversification on boards is embraced and becomes real.’”

When it comes to overboarding, Moats sees more transparency on the horizon. “I’ve talked to some investors that have said to me, ‘Look, at the end of the day, it’s really the board, the nom-gov chair that should take a look at how they’re looking at overboarding, and really just transparently disclose how they think about it.’”

Along the same lines, boards that Kracunas has served on have done self-assessments. “They’re like, ‘OK, what got us here might not get us there. What do we need to get there? And what does our board look like?’ he says. “Also, I think, with diversity, equity and inclusion, those initiatives have changed boards, and I think for a good reason.”

But board refreshment is easier said than done, as Moats shows by flagging one of the blind spots detailed in PwC’s recent Corporate Directors Survey. Although nearly half of respondents wanted a fellow director replaced, most didn’t support retirement at age 72 or term limits.

“That, to me, is where we need to start to lean in as a director community,” Moats says. “Boards that are really looking at…composition and diversity of the board and overboarding and all these topics that really matter, those are the ones that are going to lead in terms of starting to do something different.”