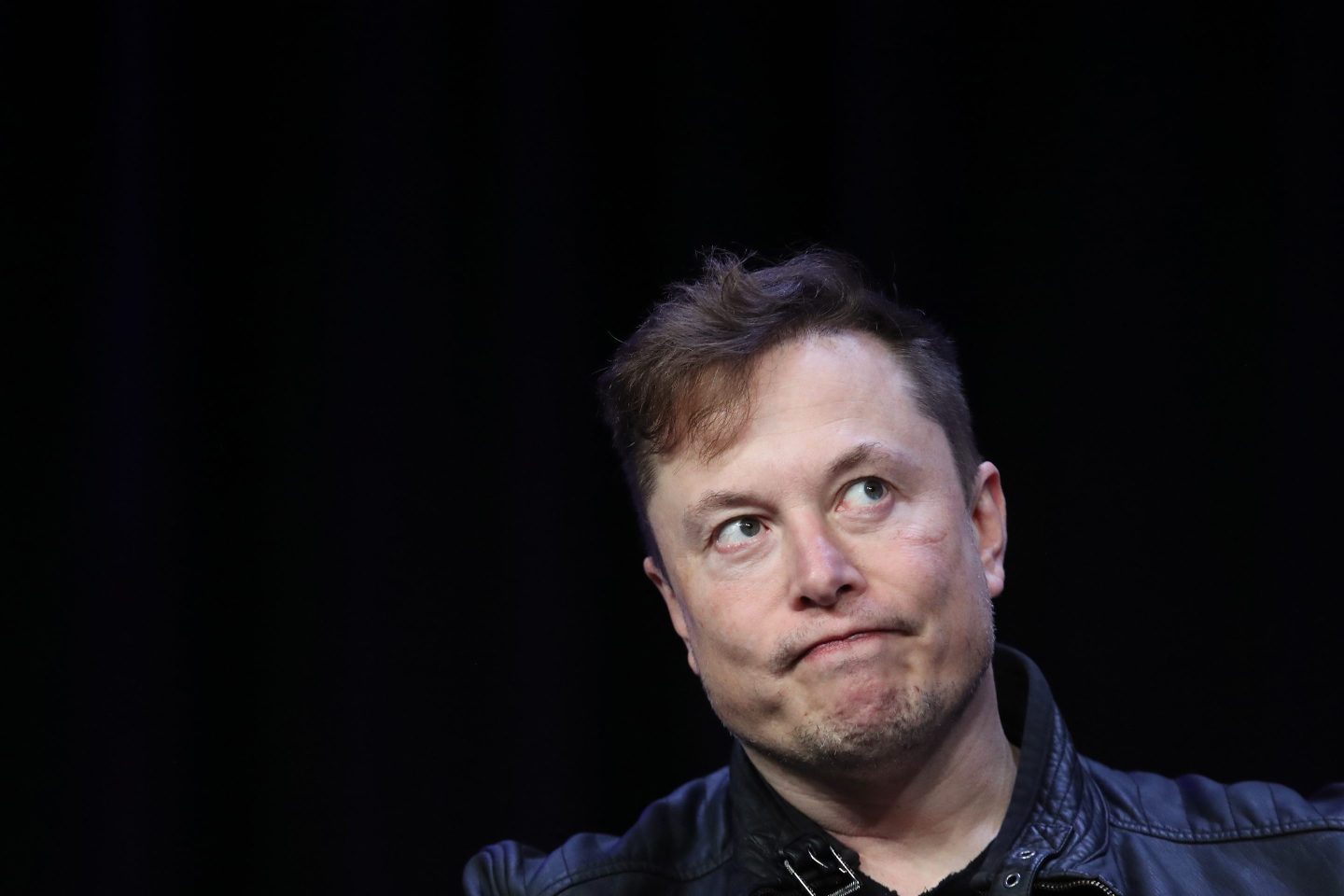 Elon Musk's Twitter had to ask some of its fired staff to "please come back" after the billionaire decreed mass layoffs.
Win McNamee - Getty Images

After firing half of Twitter’s workforce, and then issuing an ultimatum that resulted in more than half the remaining staff resigning, Musk is already asking many to come back and softening his hardline stance on remote work. Indeed, Twitter had to create an “accidental termination” category to re-onboard employees.

That’s happening in a broader context of labor market tightness. Even as recession fears grow, employees are still actively looking for new jobs. That’s unsurprising–and it aligns with the latest jobs report, which found that U.S. employers added 263,000 jobs in November. That’s down only modestly from 284,000 added in October, with unemployment holding steady at a very low 3.7%, all despite the Fed’s interest rate increases.

That might not bode well for many tech companies firing workers. For example, responding to its sharply falling share price, Meta is laying off 11,000 workers, 13% of its labor force. It’s unlikely that such radical layoffs are a good decision.

So, what are the most successful strategies for hiring and retaining talent amid these uncertain economic times, and how can you use these strategies to navigate the potential recession?

What does that mean? Well, in uncertain economic times when many companies are making pre-emptive layoffs, you have the perfect opportunity to invest in underpriced talent.

You’ll get a much higher ROI than in a tighter labor market–and the employees you hire will be more appreciative and loyal than those who had tons of other offers and feel they can easily find a job elsewhere. They’ll be more likely to stick around as the economic situation improves.

Don’t go with your gut

Imagine you’re interviewing a candidate for a new job, and you have a sense that something’s up. You’re not sure what it is, but there’s a sense of discomfort. Their resume is terrific, their responses are excellent, and they’d be a perfect fit–but your gut instinct just disagrees. What should you do?

Don’t simply go with your gut! Unfortunately, extensive studies show that our feelings about candidates in interviews offer poor predictions of future employee success. And research indicates leaders tend to be way too confident about the quality of their decisions.

We tend to favor those who are similar to how we are and offer them jobs. We’re especially likely to be conservative during uncertain economic times, choosing “safer” choices: people who are like us.

Unfortunately, such reliance on our intuition often serves us poorly, according to the research. As a result, we get discriminatory outcomes in hiring, undermining diversity in race, disability, gender, and sex, to name a few. That’s a cognitive bias–a mental blindspot known as the horns effect, where we undervalue those who are different from us.

What works much better than typical unstructured interviews are structured ones. In such interviews, you ask all candidates the same list of questions and then rate their answers to each question. In addition, notice ways that the applicant differs from you, and then add additional points for these differences, to account for our intuitive under-evaluation of such candidates.

Yet despite the extensive evidence supporting such interviews, unfortunately, they’re not used nearly enough by leaders, who prefer to trust their intuition over the research. They fall into the cognitive bias known as the overconfidence bias, our tendency to see our decision-making and evaluation abilities as much better than they actually are.

Unfortunately, women are still undervalued compared to their skills and abilities. So are people with disabilities (or supposed disabilities).

Don’t believe me? Consider a study of managers in 20 Fortune 500 companies, which found men experiencing quicker career progress and getting better salaries. That’s despite women having the same education as men, working in similar industries, and staying in the workforce for the same length of time without moving in and out. Another study examined more than 1,000 MBA graduates of the same university to assess their career progress and salaries. Women described experiencing bias much more often than men, and (when controlling for work experience) men earned more than women.

So regardless of any considerations for improving diversity at your company, you’ll want to focus on hiring underappreciated talent such as women and people with disabilities. And of course, you get the additional benefits of diversity. After all, extensive research shows that improving diversity boosts both decision-making and financial performance.

To recruit the right people, you need to put your culture, vision, and strategy front and center. Yes, it may seem obvious, but it’s done too rarely.

Especially at the courting phase, when you’re trying to impress a potential new hire, companies tend to roll out the red carpet and paint themselves in the best possible light. They may downplay more controversial, edgy aspects of their culture, vision, and strategy to help convince the employee to take the offer.

That’s a serious mistake. Put your culture, vision, and strategy front and center, to help you filter out the wrong types of people who won’t fit in and attract the candidates who’ll be a great fit.

Be transparent with your financial situation

Being transparent with your finances is important for both recruitment and retention. While it’s wise to do so at any point, it’s especially important in a recession.

Many people might rightly feel anxious about accepting a new job if they’re uncertain about the financial prospects of their new employer. After all, so many companies are rescinding job offers these days. As your prospective new employee is weighing job offers, an assurance of financial stability is very helpful. Or, if there are some risks of a worst-case scenario, at least the new employee should be going into the situation with their eyes open.

The same idea applies to retention. If you don’t communicate about your financial situation, then some of your more pessimistic employees might start feeling anxious and polishing their resumes. No one wants to be caught in a new round of layoffs spurred by executive fears around a recession. After all, it’s much easier to find a job when you already have one, which explains part of the reason that so many people are leaving their jobs for new ones right now.

Overcommunicate rather than send out one email. Otherwise, you’ll fall into the cognitive bias of the false consensus effect, assuming other people share the same beliefs and information that you do. Your employees might miss an email: it’s better to use multiple channels of communication several times to hit everyone.

Focus on the bosses

To retain your people in today’s turbulent times, focus on developing your lower and mid-level managers. Research by Vistage, which brings together C-level executives from middle-market businesses, shows that the quality of bosses is key to driving employee satisfaction and retention. Of course, good bosses also help improve productivity and performance, which is another important benefit.

What if you work at a Fortune 500 company? Well, it’s not only middle-market companies where managers matter. Google discovered this to its chagrin in 2002, when it launched an experiment by getting rid of all bosses. It didn’t go well: too many people went directly to Larry Page with interpersonal conflicts, expense reports, and similar issues.

Google decided to study what makes for good bosses and launched Project Oxygen to apply data-driven analytics to determine whether and how managers matter. It uses internal company ratings to compare managers based on ratings by employees.

What Google found was that the higher-scoring managers had better retention on their teams. Moreover, employees with bosses who scored higher consistently reported that they had greater happiness, and more satisfaction with work-life balance, innovation, and career development.

More broadly, a Gallup survey indicates that 75% of employees resign their positions due, to a large extent, to a negative relationship with their supervisor. Thus, a focus on the bosses will pay off, regardless of the size of your company.

For both retention and recruitment, you’ll want to improve remote and hybrid work-and that’s not only based on surveys. An NBER paper reported on a study of a real-world company, Trip.com, which randomly assigned some engineers, marketing workers, and finance workers to a hybrid work condition and some others in the same roles to full-time in-office work. Guess what? Those who worked on a hybrid schedule had 35% better retention, and the engineers wrote 8% more code.

My own clients report the same findings. For example, consider the University of Southern California’s Information Sciences Institute, which carries out basic and applied research in machine learning and artificial intelligence, networks and cybersecurity, high-performance computing, microelectronics, and quantum information systems. It was going to adopt a policy of three days in the office in the fall of 2021. However, with my advice, ISI decided to adopt a team-led, flexible model, with team leaders determining what’s best for their teams, defaulting toward more flexibility and remote work rather than less.

We ran a survey in August 2022 that asked staff to rate the current team-led policy compared to the intended policy of three days in the office. The survey showed that 71% of staff thought the team-led model was “much better” and 13% believed it’s “better.” It made 63% of respondents “much more likely” to recommend working at ISI to their peers, and 11% “more likely.” 70% report being “very satisfied” with their current balance of remote and in-office work arrangements, and 25% report being “satisfied.” Clearly, the flexible team-led approach that facilitated more remote work boosted both retention and recruitment at ISI.

By following these recommendations, you’ll be much better positioned than your competitors to not only survive but also thrive in these uncertain times. The winner of the war for talent will claim the future–and I challenge you to be that winner.

Gleb Tsipursky, Ph.D., is the CEO of the boutique future-of-work consultancy Disaster Avoidance Experts. He is the best-selling author of seven books, including Never Go With Your Gut: How Pioneering Leaders Make the Best Decisions and Avoid Business Disasters and Leading Hybrid and Remote Teams: A Manual on Benchmarking to Best Practices for Competitive Advantage. His expertise comes from over 20 years of consulting for Fortune 500 companies from Aflac to Xerox and over 15 years in academia as a behavioral scientist at UNC-Chapel Hill and Ohio State.