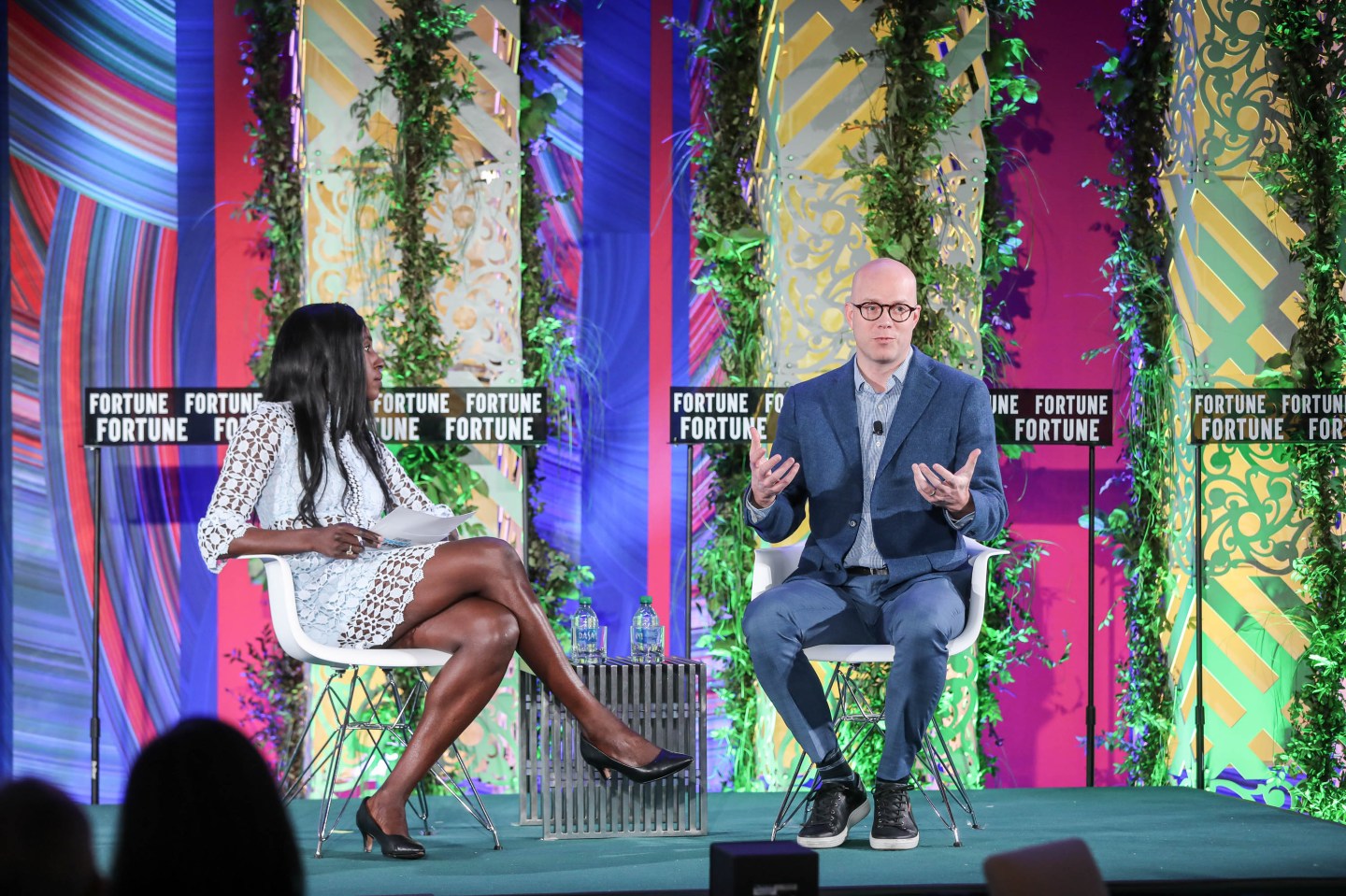 Entering a crowded space is never easy. But Davis Smith, founder and CEO of outdoor clothing and accessories retailer Cotopaxi, believes he has found a differentiated approach to a competitive market.

“One of the things I talked about [early on] was that we’re not going to win by creating another brand that’s competing for the top of the mountain—the most hard-core people,” Smith told the audience at the Fortune Impact Initiative, a conference for business leaders responsible for ESG issues, which took place in Atlanta this week. “The way we win is by welcoming more people into the industry.”

From the get-go, Smith says it was his mission not just to create an inclusive outdoors brand, but to create a company that would do good while making money. The Utah-based retailer, known for its colorful vests, is a certified B Corp (a company that has committed to accounting for its impact on all stakeholders, not just shareholders). To that end, Cotopaxi encourages employees to spend 10% of their work time outdoors or doing community service. The company also earmarks 1% of its annual revenue to provide grants to nonprofits worldwide, with a focus on education, health, and community building, among other causes.

Smith believes this ethos has led to positive growth for Cotopaxi, allowing it to spend less than usual—for a direct-to-consumer brand—on customer acquisition. The CEO also says that the reputation and mission-driven DNA of Cotopaxi has provided benefits when it comes to recruiting. (Earlier this year, the company posted one job opening for a junior graphic designer, and received 3,000 applications.) But early on, when the company launched in 2014, it was a struggle. According to Smith: “The first five years, we gave away more money than we made.”

That didn’t make for a particularly attractive proposition for investors, at least not at the beginning.

“I ended up pitching about 100 different angel investors, impact investors, and VCs, and kept a spreadsheet of every conversation,” says Smith. “[I got rejected] 70 times, 80 times, it was a lot. And honestly, it was a little discouraging. But I believed so deeply that this brand needed to exist.”

Eventually, Forerunner Ventures’ Kirsten Green came in as Cotopaxi’s first investor. Others followed—interestingly, all of Smith’s early investors were women. More recently, in September 2021, Cotopaxi raised an additional $45 million in financing, bringing its total funds raised to date to just over $77 million.

“I think you get better returns when you have purpose-driven businesses,” says Smith. “But I will say, it wasn’t always easy.”

There is another way in which Cotopaxi has differentiated itself from the pack—or at least some of the pack. When asked if his company wants to become the next “finance bro uniform,” Smith said he wouldn’t fight it, and would welcome the opportunity for more partnerships.

“Patagonia has basically said to everyone, we’re not going to put a bank’s logo on our jacket or our vest anymore, and I totally understand and respect why they take that position,” Smith said, referring to Patagonia’s announcement last year that it would no longer add corporate logos to its products. (Its fleece vests in particular had been a favorite among venture capitalists.)

“Our approach is a little different. I’m an eternal optimist, and I just think, ‘Let’s welcome people to join us in doing good.’ So instead of saying, ‘No, we’re not going to make stuff for you,’ we’re going to say, ‘Please make it with us, and let’s go make an impact together.’”