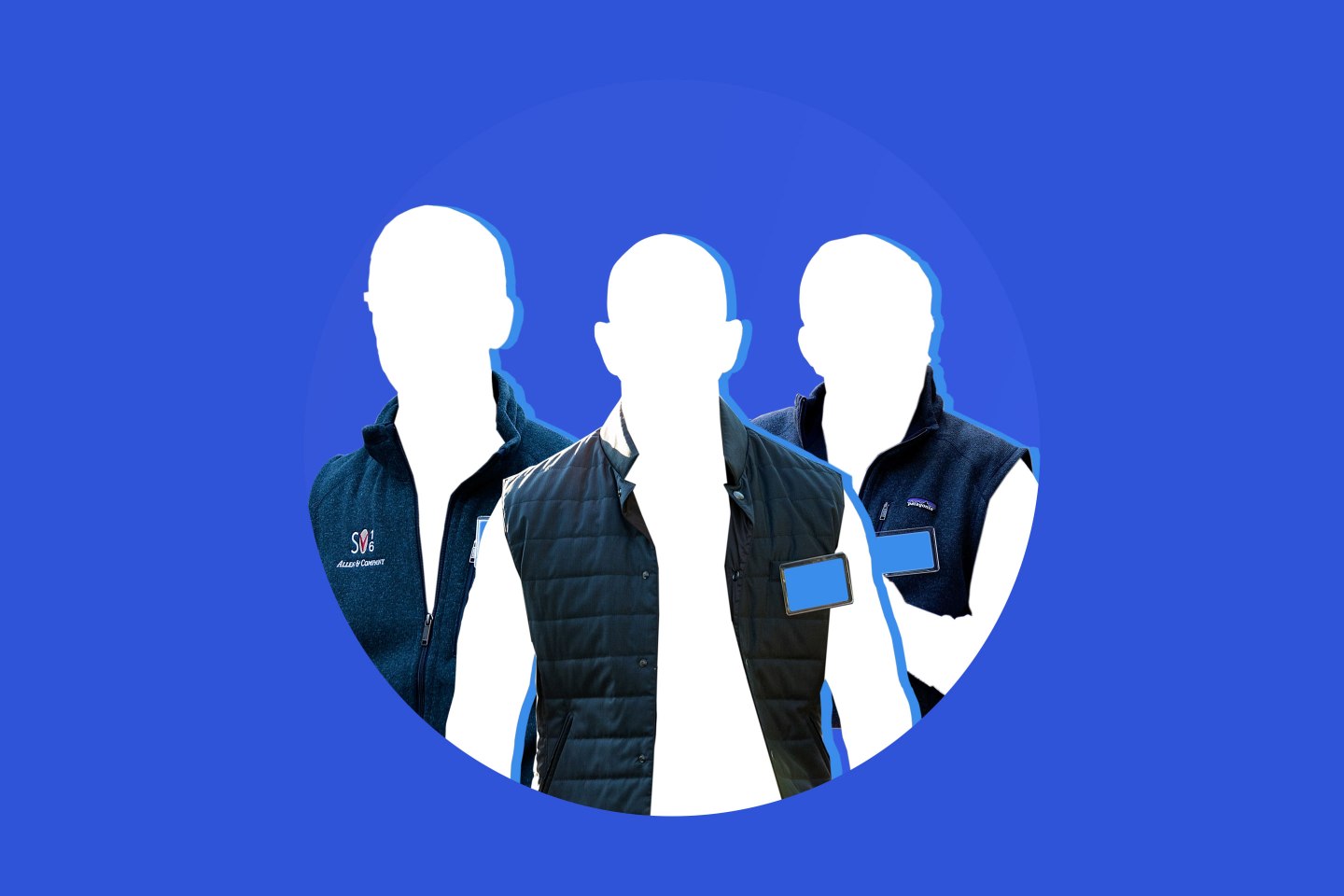 A group of white men wearing Patagonia vests on Sunday were confused for partners of a venture capital fund and went on to raise $500 million by lunch.

Geoffrey Anderson, Brent Koch, Chase Fowler, and Erik Evans were lounging inside the Peet’s Coffee on Santa Cruz Ave. when one customer, who managed a pension fund, walked up and offered the fleece-clad men a check for $50 million. The move sparked a flurry of follow-on investment offers from a growing crowd of caffeinated customers who didn’t want to miss out on the Valley’s next big fund. On-looking investors from Bay Area firms were amazed, wondering how they’d not heard of this group of vest-wearing white men, who appeared to be a venture capital powerhouse.

With $500 million in hand, the four men walked out of Peet’s bewildered but ready to embark on an “awesome journey” to identify and fund Silicon Valley’s next great startup. “People were asking what our biggest bets are and whether I had ever made an investment that resulted in a 10X return,” Fowler says. “I told them I once stole someone’s Uber during surge pricing. They said that was different.”

A spokesman for apparel company Patagonia could not condone the group. “The Better Sweater vest in question is made with a moisture-wicking fleece interior that’s ideal for hunting and camping. We have no idea how it became the uniform of white men in office parks making multimillion-dollar early stage investments,” he said. Adding, “None of these people were even hiking!”

While the group may be inexperienced, they do not lack confidence. “I’ve already seen every episode of Shark Tank,” said Anderson. “And I’m totally into cool new opportunities in VR and augmented reality. I mean, Pokémon Go is, like, still my favorite game.”

“At first I tried to tell people we don’t work in venture capital,” Evans said. “But then I got to thinking, how hard can it be? I can always tell which ideas are good ideas, and now I have a few hundred million dollars to prove it.”

At the close of business two weeks after receiving the $500 million, the Patagonia Vest Partners (PVP) is experiencing mixed results. PVP invested the entirety of their capital on two companies, one of which has already failed and closed its doors.

Their first investment went to Tacksy, a “Taxis, but for Uber” startup which flipped the “Uber for X” business model on its head. Koch, who sourced and led this deal, admitted he thought it was a great idea, but wasn’t clear how it worked, or why.

“We hope this bet pays off,” said Evans. “None of us want to go back to high school,” noting the group had been on their way to class before raising $500 million.