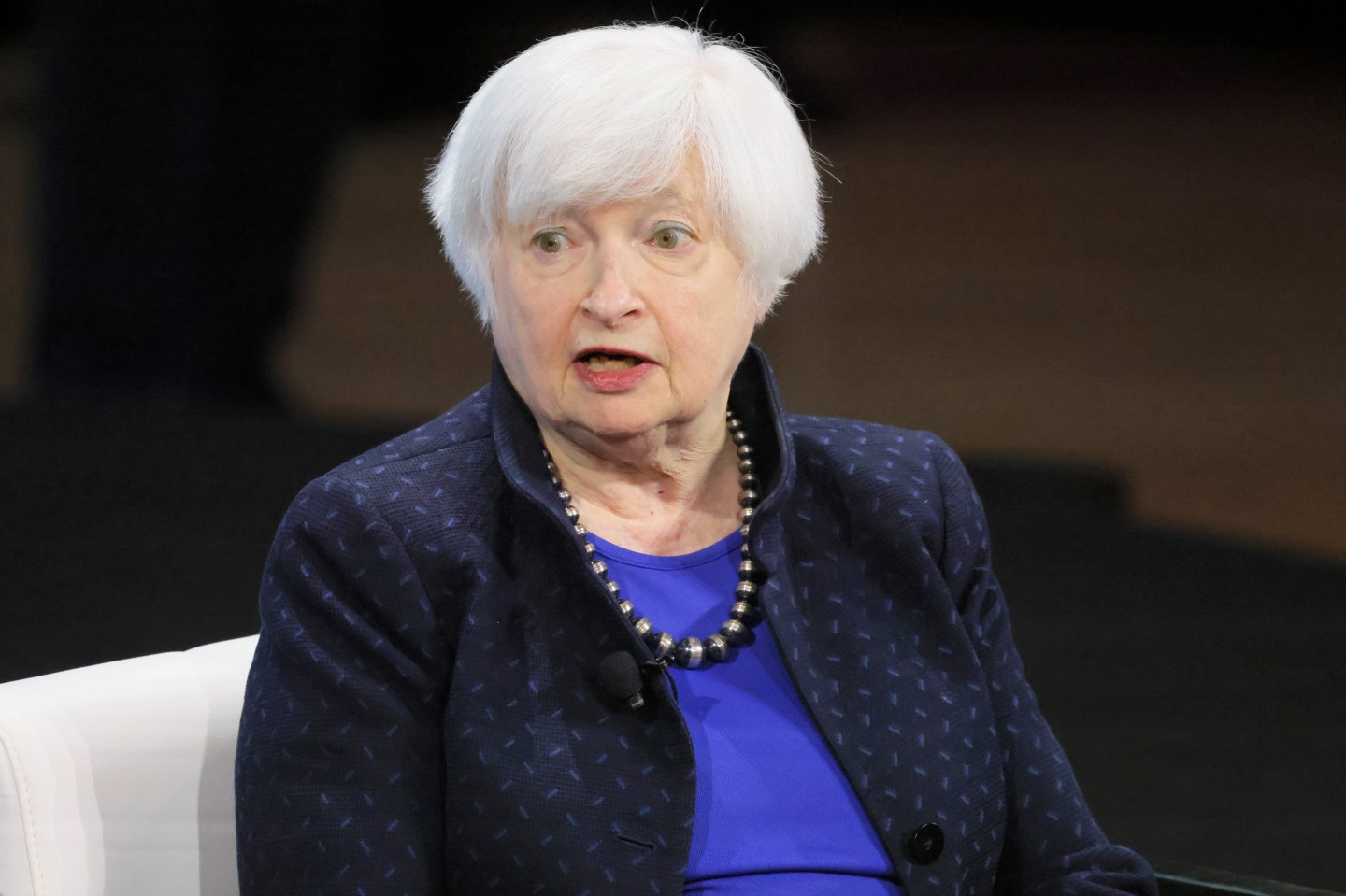 U.S. Secretary of the Treasury Janet Yellen speaks during the New York Times DealBook Summit in the Appel Room at the Jazz at Lincoln Center on November 30, 2022 in New York City.
Photo by Michael M. Santiago/Getty Images

Treasury Secretary Janet Yellen said Elon Musk’s purchase of Twitter Inc. would warrant a government review if deemed to raise national security concerns, walking back her previous comments that played down the need for scrutiny.

If there are risks in general, “it would be appropriate for Cfius to take a look,” she said Wednesday at a New York Times event in New York, referring to the Committee on Foreign Investment in the US, which she leads.

She added she previously “misspoke” on the matter, referring to an interview with CBS News earlier this month, when she said she saw “no basis” for a review.

“I’m not going to say specifically what we are looking at,” Yellen said Wednesday. “We don’t comment on what’s in progress.”

In the CBS interview, Yellen acknowledged she was “not sure precisely” what Biden had been referring to, but added “we have really no basis — to the best of my knowledge — to examine his finances of his company,” and “I’m not aware of concerns that would cause us to.”

Musk’s $44 billion takeover of Twitter is still facing US government scrutiny over national-security concerns that his foreign partners may be able to access user data, people familiar with the matter said after her CBS News interview.

The potential for action by Cfius emerged amid mounting concerns over how Musk’s various business interests overlap with top US national security priorities. Musk’s Starlink satellite internet network, for instance, has been used in Ukraine to maintain communications during its fight against Russia, a service he briefly threatened to cut off last month.

Asked separately about Chinese-owned video app TikTok, which is already under government focus, Yellen said, “Well, that’s something that’s a case in progress,” and “I think there are legitimate national security concerns.”

The Biden administration is weighing a proposal to allow TikTok to continue to operate in the US under the ownership of Chinese parent ByteDance Ltd., an arrangement that would include routing US user traffic through servers maintained by Oracle Corp.

Yellen also addressed a slew of other topics from the collapse of crypto trading platform FTX, to China and the global economy.

She called the FTX debacle “the Lehman moment within crypto,” referring to the collapse of investment-banking giant Lehman Brothers in 2008 that crippled global credit markets.

“We have consistently urged regulatory gaps be closed,” Yellen said. “This experience with his firm, or set of firms, just couldn’t provide a better illustration. These are very risky assets, but the good piece of an explosion like we saw is it hasn’t spilled over to the banking sector.”

The Treasury chief said China’s zero-Covid policy that enforces strict lockdowns appears to be “threat to the progress we’ve made on human supply-chain difficulties.”

“We can see that their economy is slowing, perhaps to the point where it will really negatively impact the entire global outlook,” she said of China.