The Virginia Walmart shooter is part of a spike in incidents at stores: Here’s what we know about retail mass shootings 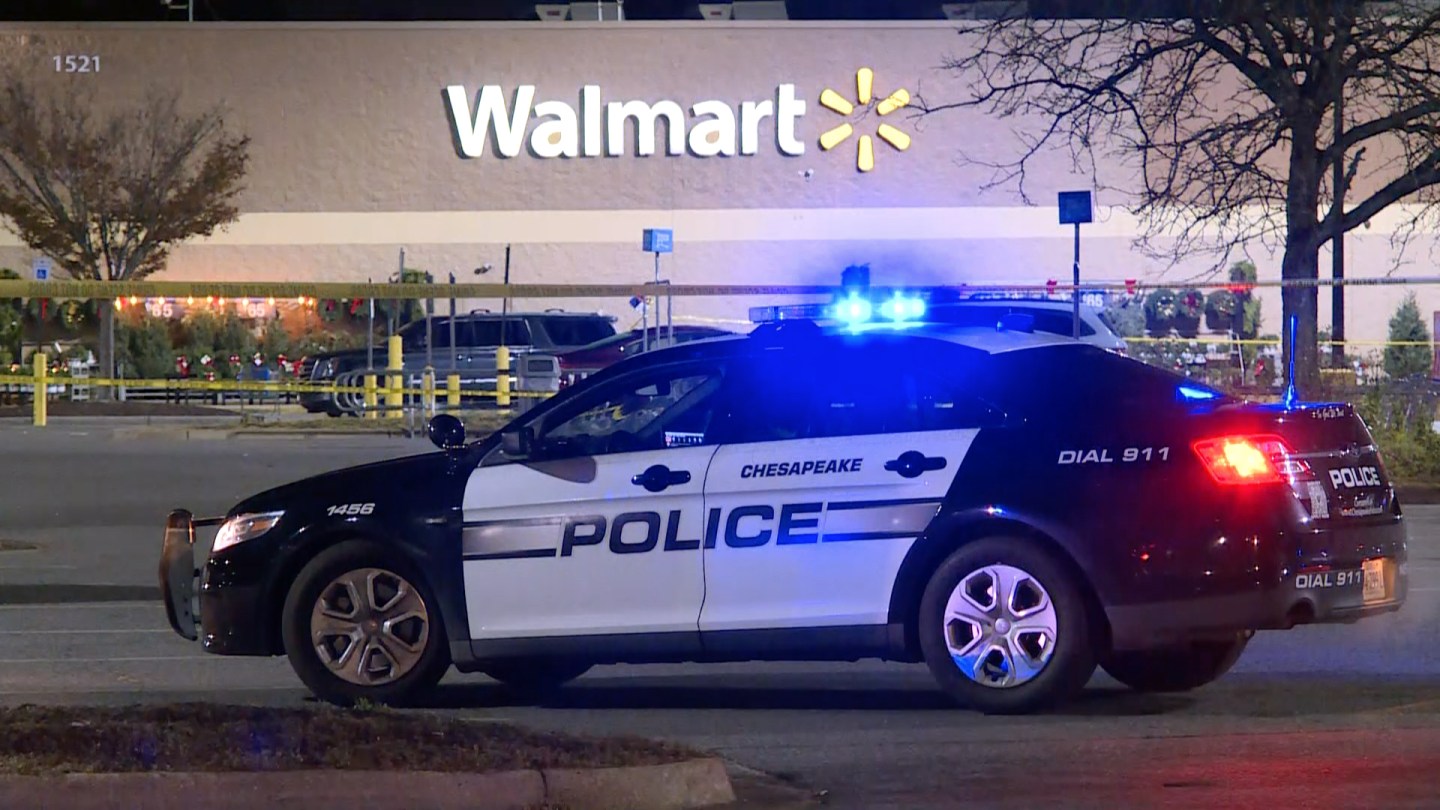 Screen grab from a video shows a police car after at least 10 people were killed in a gun attack at a supermarket in Virginia on November 23, 2022.
Yasin Ozturk/Anadolu Agency via Getty Images

A gun rampage at a Walmart in Virginia is the latest amid a rise in mass shootings in general in the U.S., and mass shootings at grocery and retail stores in particular.

Multiple people including the gunman were killed in the incident on Nov. 22, 2022 at an outlet of the retailer in Chesapeake. It follows a racist attack at a grocery store in Buffalo earlier this year in which 10 Black shoppers were killed. A previous Walmart mass shooting in El Paso, Texas in 2021 was similarly racially motivated – 23 people were killed by a gunman who had posted a hate-filled anti-immigrant manifesto online.

We are criminologistswho study the life histories of mass shooters in the United States. Since 2017, we have conducted dozens of interviews with incarcerated perpetrators and people who knew them. We also built a comprehensive database of mass public shootings using public data, with the shooters coded on nearly 200 different variables.

Overall, mass public shootings in which four or more people are killed have become more frequent, and deadly, in the last decade, to the extent that the U.S. now averages about seven of these events each year. Our definition of mass public shootings excludes cases in which the murders are attributed to any other underlying criminal activity, such as drugs and gang membership, which accounts for why they may be lower than other estimates.

Mass shootings also tend to cluster, with one study finding they are contagious for 13 days on average and our own research showing those responsible study other mass shooters and draw inspiration from them. The Buffalo shooting on May 14 preceded a spate of mass shootings this summer, including at an elementary school in Uvalde, Texas, at an Oklahoma medical facility, and during a 4th of July parade in Highland Park, Illinois. The latest tragedy in Chesapeake, Virginia comes just three days after a gunman killed five people at a LGBTQ nightclub in Colorado Springs.

What do we know about mass shootings at stores?

The tragedy in Chesapeake, Virginia is the 36th mass shooting in our database to take place in a retail establishment. These shootings claimed 217 lives and injured 227 more, and they have been increasing over time — with 2019 and 2021 the worst years on record for retail shootings.

Retail shootings are most common in Southern and Western states and two-thirds took place in urban locations. The perpetrators were all male except for one woman who committed the shooting with her male partner.

Retail mass shooters were white in 56% of such incidents and Black in 25% of recorded cases and ranged in age from 18 to 70 — although 60% were in their 20s. Around 1 in 10 were employees of the retail establishments they targeted.

Looking at the life histories of perpetrators, two-thirds had a prior criminal history and half of them communicated intent to do harm to others ahead of the attack. Yet, retail shootings tend to be less well-planned than other mass shootings – only 22% of perpetrators did significant planning.

Two-thirds of the shooters were suicidal — 26% had a prior suicide attempt and another 37% intended to die during the shooting — and around 30% were experiencing psychosis, although perpetrators were only acting on their hallucinations or delusions in 11% of retail shootings. Half of the perpetrators had a known prejudice against a racial or religions group.

Workplace rampages and what motivates them

The motive in the Virginia incident is not known, but reports suggest the perpetrator was a Walmart employee. In our data, workplace shootings are motivated by an employment issue such as being fired or suspended in 70% of incidents, and by an interpersonal conflict with another employee 23% of the time. Nearly three-quarters of perpetrators show changes in behavior or warning signs prior to the shooting, such as increased agitation.

Our research suggests many strategies to prevent these types of mass shootings – from anonymous reporting systems for employees to workplace crisis response teams. However, restricting access to firearms for high-risk people would be the most effective strategy overall.

[Editor’s note: Parts of this article were included in a story that was first published on May 15, 2022.]

This article is republished from The Conversation under a Creative Commons license. Read the original article here.