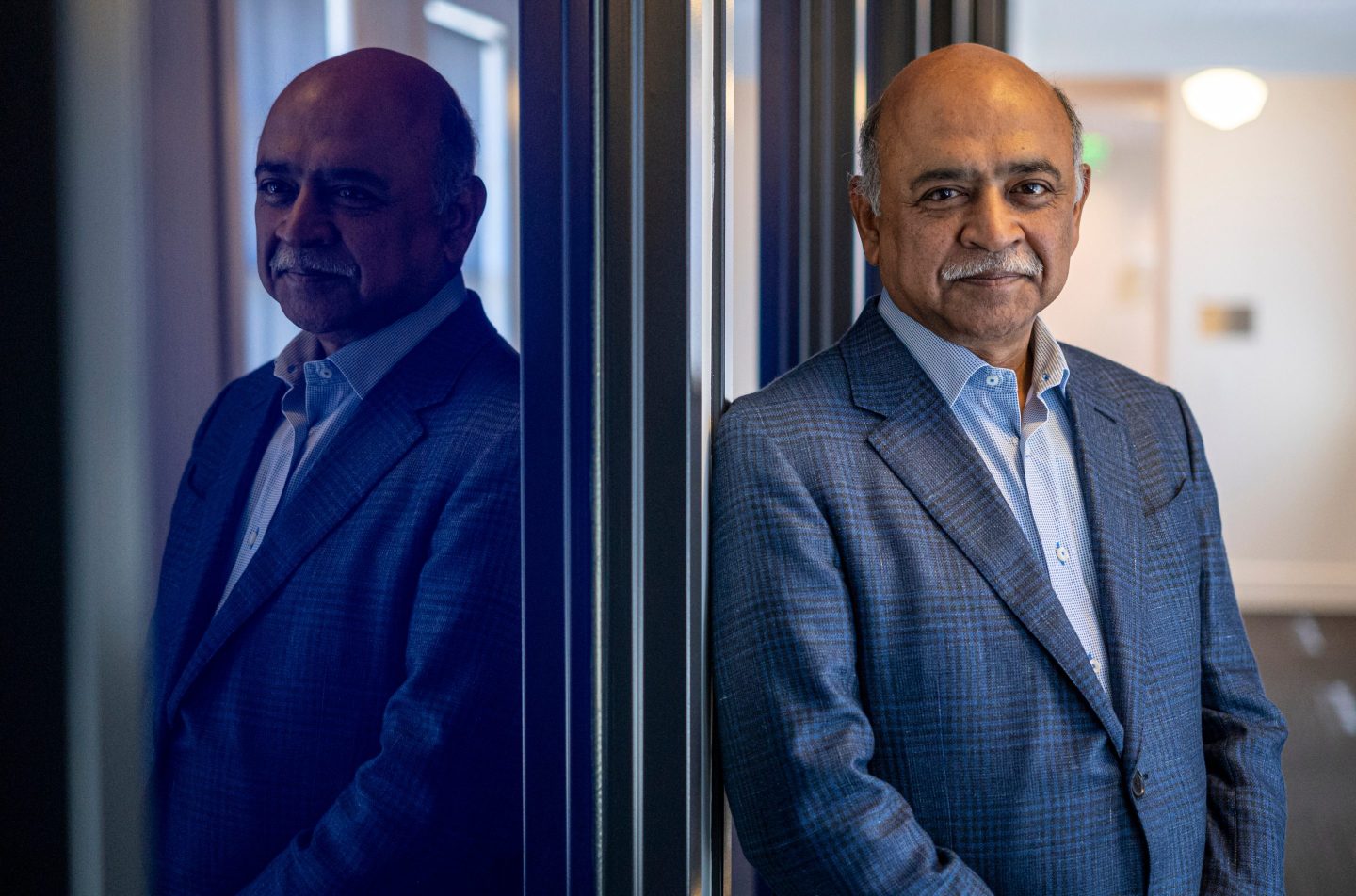 IBM CEO Arvind Krishna spent an hour with Fortune Connect Fellows earlier this week, discussing how he rose to the top of the 111-year old tech company, and how he aligns his personal goals with the company’s goals. His best advice to the fellows was something he said a mentor shared with him:

“You should live every day in the pleasure of getting fired…That is so freeing, and so deep…It’s definitional for me. If it’s not aligned to how I want to do things, I will leave go someplace else. I have pretty good confidence that you can get kind of role, some job, somewhere. Will it be exactly the same? Probably not. But if you got to some level of fulfillment where you are, you can probably do it again. So you should never be in fear of taking one or two steps back, because if you are, then you are a hostage.”

Krishna’s comments came at the end of a six-week “learning sprint,” in which the Connect Fellows, who are part of a learning community of senior executives potentially headed for the C-suite, explored their own purpose as well as their company’s purpose as a means of building leadership skills. You can learn more about the program here.

Separately, the Yale School of Management this morning is announcing a new program on “Stakeholder Innovation and Management”—an effort to disseminate best practices from the new era of stakeholder capitalism. Former IBM Chief Brand Officer Jon Iwata is one of the founders of the program, which he says is a response to the need of leaders to develop “new skills, capabilities and management systems” for a new era. I wouldn’t be surprised if other business schools follow suit.

Elon Musk says he will find someone else to be Twitter’s CEO “over time.” He made the comment while taking the stand to defend his gargantuan Tesla compensation package, which is potentially worth over $55 billion. Musk denied dictating the terms of the package, and defended his use of the “Technoking” title. Intriguingly, Tesla director James Murdoch also testified that Musk has identified a potential successor as Tesla CEO. (Bonus read: Fortune’s Shawn Tully on how Musk scored that pay deal.) Fortune

Tencent has seen declining revenues for two consecutive quarters, the Chinese social-media and gaming giant said yesterday. That’s a sign of China’s slowing economy. Tencent also said it would be offloading most of its stake in food-delivery firm Meituan, which is a possible nod to the country’s increasing regulatory scrutiny of the internet sector—Tencent has recently been selling off matured assets in China so it has the cash to invest elsewhere. Wall Street Journal

Blackstone founder Stephen Schwarzman, a big Republican party donor, has said he would not support Donald Trump’s bid to reclaim the presidency. “It is time for the Republican party to turn to a new generation of leaders and I intend to support one of them in the presidential primaries,” he said. Citadel founder Ken Griffin last week threw his weight behind Ron DeSantis, calling Trump a “three-time loser.” Financial Times

A crypto security CEO did business with Sam Bankman-Fried and sent a team to the Bahamas. He was shocked by the lack of interest in security controls and FTX’s grand ideas: ‘Maybe we’ll buy Goldman Sachs’, by Shawn Tully

Ancestry CEO’s advice: don’t be ‘reactionary’ in the downturn, those who prepare will emerge stronger, by Kylie Robison

Pollsters got it wrong in 2018, 2020, and 2022. Here’s why political polling is no more than statistical sophistry, by Jeffrey Sonnenfeld and Steven Tian