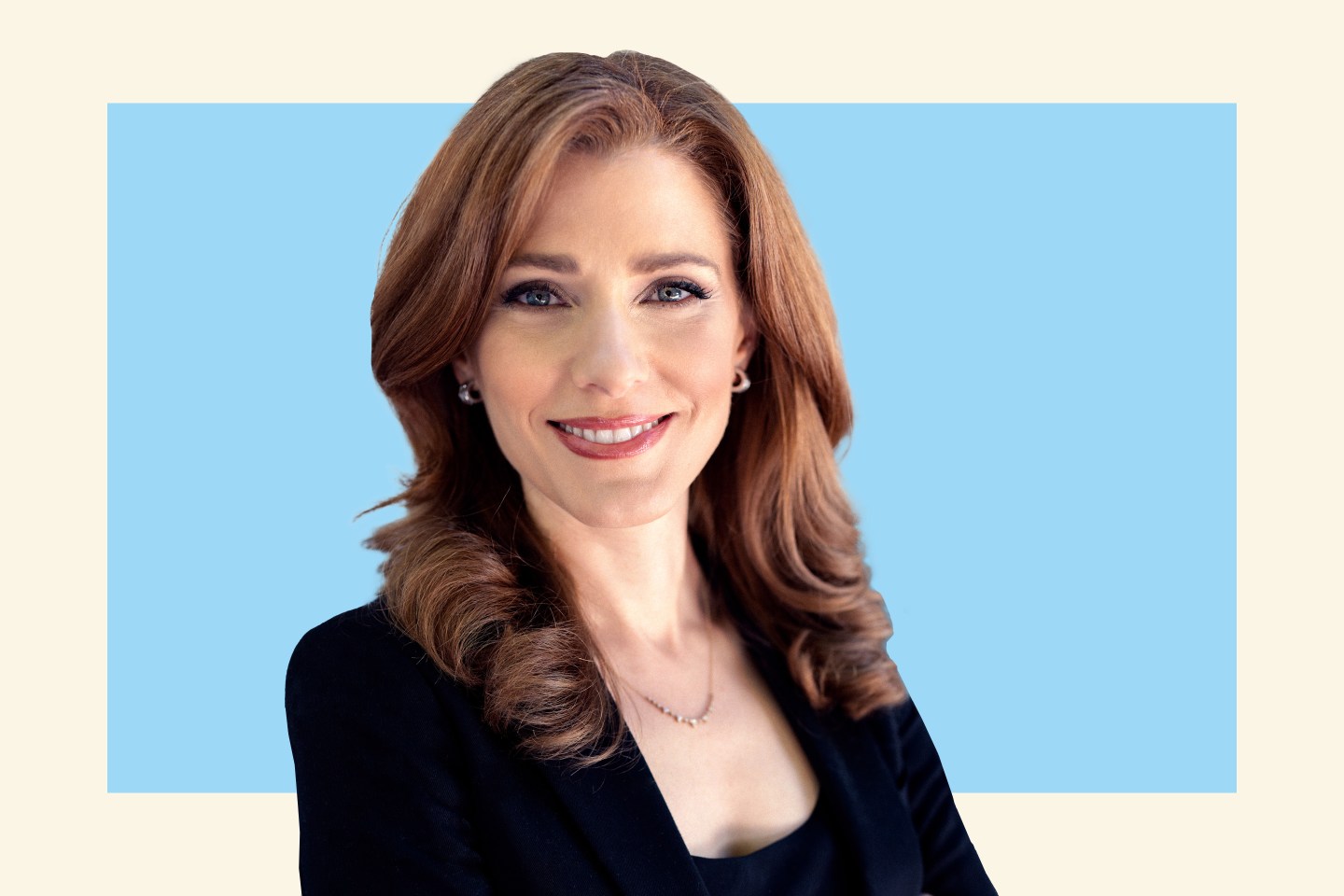 Good morning, Broadsheet readers! Emma here. In today’s guest essay, Julia Boorstin, CNBC correspondent and author of When Women Lead: What They Achieve, Why They Succeed, and How We Can Learn From Them, reflects on her learnings since the book’s October release. Plus, a record number of women will serve as governors, and SpaceX’s Gwynne Shotwell gets a new project. Have a relaxing weekend.

– When women lead. I’ve been a business journalist for over two decades, first at Fortune and now at CNBC. After interviewing thousands of CEOs, I wrote a new book about a small group of leaders who succeeded despite the highest odds: women.

Exceptional female leaders like Stitch Fix founder Katrina Lake and Clear CEO Caryn Seidman-Becker have common traits and approaches, like empathy and communal leadership. They look nothing like the stereotype of male leadership and lead in ways that are nothing like the archetype of top-down management. Their stories, shared in my book When Women Lead: What They Achieve, Why They Succeed, And How We Can Learn From Them, offer a new variety of archetypes. These inspiring, surprising narratives mirror how seemingly unremarkable traits can be hugely helpful for leadership.

Since my book’s publication, I’ve discussed it with people in finance, media, advertising, and tech. I’ve found people are open to my optimism about how characteristics often seen as flaws in business can be superpowers. As a journalist who has followed the glacial pace of change in workplace equity, I’ve also found widespread frustration with the same massive gender gaps that frustrate me.

The questions I’ve heard repeatedly: Why aren’t the numbers changing? Why do women hold so few of the most powerful business positions and have little capital access? Female CEOs represent around 8% of the Fortune 500; last year, female-founded companies drew about 2% of VC dollars (down from an average of 3% over the prior decade).

A key piece of the frustration with those dismal numbers is that there’s a perception of progress. The assumption, especially by the men I’ve encountered on this whirlwind book tour, is that things have gotten better for women in the workplace, and gender gaps have closed dramatically.

It’s been five years since the cultural reckoning of the #MeToo movement. Corporate America has had women’s affinity groups and DEI initiatives in place for years, if not decades. Companies disclose diversity numbers. So it’s often hard for people to believe that women, particularly women of color, remain underrepresented in the most powerful halls of companies. It makes even less sense if you’ve read the various studies that find that companies with diverse leadership perform better.

But there’s no doubt the solution to persistent and massive gender gaps is just as complex as the problem. The 2022 McKinsey & Lean In Women in the Workplace report finds that when women and people of color aren’t promoted at the same rate as men, they’re far less likely to make it to the corner office. And now there’s a new twist: Senior women are leaving the workplace in the highest numbers ever, at a much faster rate than male leaders. The fundamental problem is they’re frustrated with microaggressions and the lack of career advancement opportunities.

There are signs of progress, though. The Lean In report notes that women hold 26% of C-suite roles, up from 20% in 2017. But we’re still far from the equity that many women expected by now.

Despite the slow pace of change, reporting When Women Lead made me optimistic that we will see progress toward gender equity and that our culture and economy will be better for it.

The characteristics that female leaders are more likely to lead with—such as empathy, vulnerability, and a communal approach to leadership—are particularly essential in uncertain times like these. I believe those traits will help women succeed and that men are also starting to understand the value of those approaches and lean into them.

- Military matters. In honor of Veterans Day today, read our Broadsheet from earlier this month detailing Fortune's partnership with the Foundation for Women Warriors, an effort to help servicemembers transition to civilian careers with support from women executives. Fortune

- State record. It's official: A record 12 women will serve as governors in 2023. The contests in Arizona and Oregon have yet to be decided, but both races feature all-women candidates. CNN

- Blast off. With Elon Musk preoccupied with Twitter, SpaceX president and COO Gwynne Shotwell will now oversee the building of Starship, a rocket planned for a trip to Mars and a pet project of Musk’s. The Information

MOVERS AND SHAKERS: Aditi Maliwal, partner at Upfront Ventures, joined the board of directors of Zest AI. Loop promoted SVP of merchant success Hannah Bravo to COO. Maribel Perez Wadsworth will leave her role as president of Gannett Media and publisher of USA Today.

- Repro rights. More than 100 venture capital firms last week launched VCs for Repro, a group supporting reproductive rights. The group, which includes Bloomberg Beta and 776, launched before the midterm elections and is centered on the belief that "criminalizing abortion is a violation of human rights that stifles innovation." TechCrunch

- Not quite a trend. One midterm election trend is the rise of Latina Republicans. But many of these candidates fell short in their races this week. In South Texas, Monica De La Cruz was the only conservative Latina to score a victory Tuesday. Bloomberg

The internet is obsessed with not working BuzzFeed

What the craziest gymnastics meet ever augurs for the U.S. women Slate

"Working women are going to see this film and recognize both how hard it can be to balance work and motherhood, but also how rewarding."

—New York Times journalist Megan Twohey on She Said, the forthcoming film adaptation of the book chronicling her and Jodi Kantor's investigation into Harvey Weinstein.