American elections are a question of geography. Here’s how remote workers reshaped the political landscape 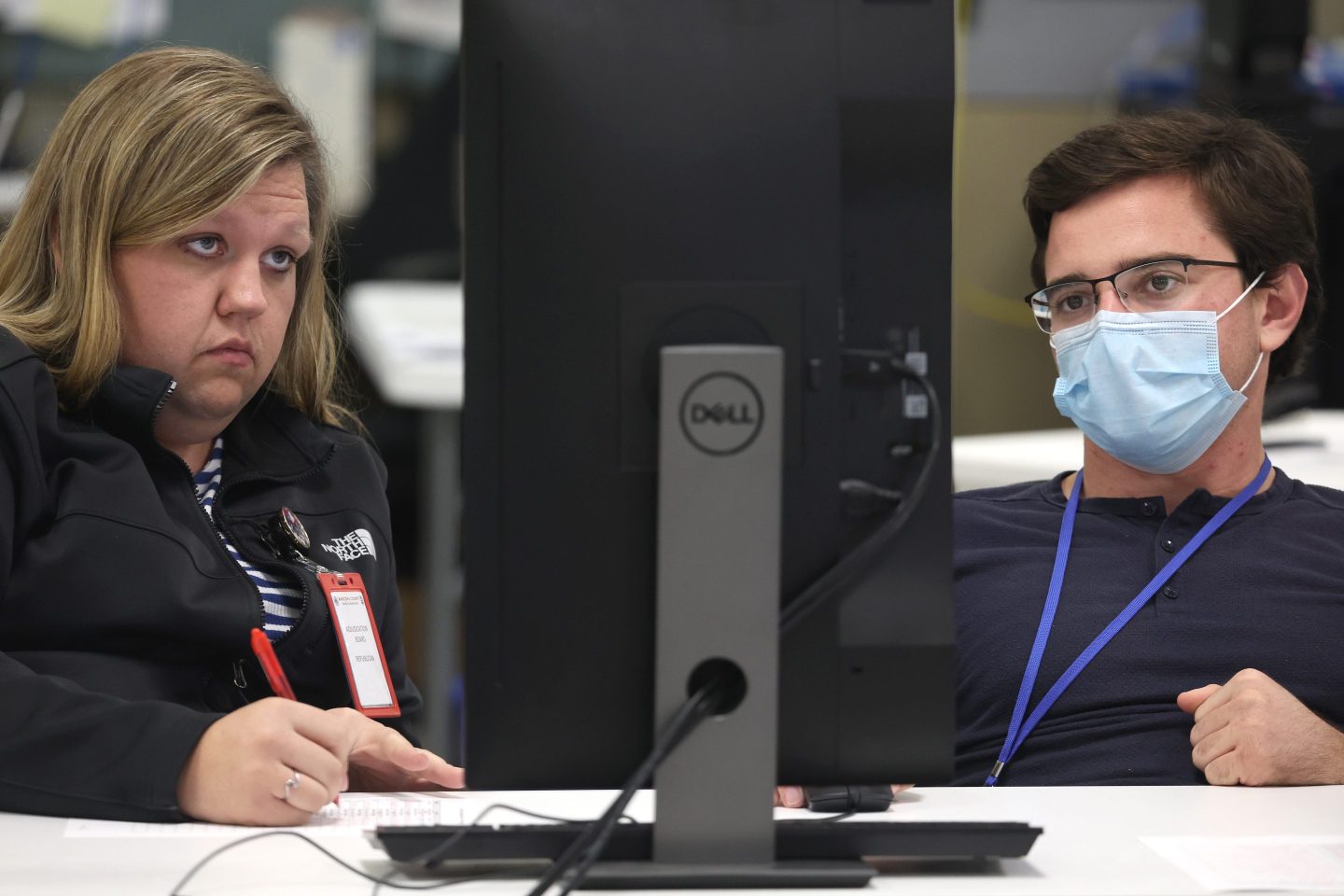 Ballots continue to be counted in Maricopa County, Phoenix, three days after voters went to the polls for the midterm election in Arizona.
Justin Sullivan - Getty Images

Pandemic-driven mobility patterns are challenging our traditional understanding of the urban and rural voting blocs and our perceptions of who lives in these areas. Some regions grew and others declined as some fled high-priced, high-density urban environments for more affordable, lower-density communities.

For example, the population in Phoenix grew by 13,224 in 2020–202. Meanwhile, North Las Vegas gained 9,917 new residents. Two of the top five cities that gained the largest populations during the pandemic—North Las Vegas and Phoenix—are located in states that are still counting votes.

Three days after the election with 80% of the votes counted in Arizona, Democratic candidate Mark Kelly is ahead 51.7% to Republican candidate Blake Masters, who has 46.1%. Meanwhile, in the Nevada Senate race three days after the election with 88% of votes in, it’s neck and neck, with Republican candidate Adam Laxalt with 49% of the vote to Democrat Catherine Cortez Masto with 48% of the vote. With such close margins, there is now an intense focus on the location of the outstanding ballots.

During the COVID pandemic, significant numbers of voters began to move within the country. Remote work gave them the opportunity to move to new, more affordable communities so long as they had a good internet connection. The U.S. Census, in collaboration with the Annual Business Survey (ABS), found that from 2019 to 2020, the percentage of businesses that had employees working from home increased from 28.1 to 41.9%.

Understanding geographic mobility patterns is essential to understanding voting patterns since people and places are interrelated. Tobler’s First Law of Geography states, “Everything is related to everything else, but near things are more related than distant things.” Translated into a voting context, we would expect two voters living near one another will be more likely to have similar voting patterns than those living far away. In short, “Like attracts like.”

People moved in response to both long-term socioeconomic forces and the unique circumstances of the pandemic. What is not yet clear is whether the political norms of communities these people moved to were motivating factors for selecting them or if other factors (environment, cost, etc.) drove their choices and led them to migrate to communities with differing political perspectives and voting patterns than the places they left.

William Frey, a senior fellow at Brookings Metro, commented on the New Great Migration back to the South, including a shift toward “younger, college-educated, Black Americans, from both northern and western places of origin. They have contributed to the growth of the New South, especially in Texas, Georgia, and North Carolina…” This demographic change is contributing to voting pattern shifts in Georgia and North Carolina.

The influx of new voters into metro, suburban, and rural areas may exert a significant influence on election outcomes. The geographic density and distribution of voters and districts represents a pattern that has limited Democrats in the past, even when they won the popular vote.

In 2019, writer Derek Thompson posed the question, “What would happen to the American political picture if more Democrats moved out of their excessively liberal enclaves to redistribute themselves more evenly across the vast expanse of Red America?”

The pandemic and remote work may have prompted just this sort of move.

During the pandemic, many people moved to more affordable places as they experienced reduced income or, alternatively, chose to explore environmentally diverse rural and suburban areas.

In July 2021 the U.S. Census reported that only six of the top 15 fastest-growing cities with a population of 50,000 or more were also among the fastest-growing in 2019 before the pandemic hit. These were often smaller cities: Georgetown, Texas; Leander, Texas; Buckeye, Ariz., New Braunfels, Texas; Fort Meyers, Fla.; and Meridian, Idaho.

Cities with the largest growth rates during the pandemic were predominantly in the West and South, including (in order of gain) San Antonio; Phoenix; Fort Worth; Port St. Lucie, Fla.; North Las Vegas; Cape Coral, Fla.; and Buckeye, Ariz.

As former city dwellers moved to rural or suburban areas, they imported their urban views to new geographies. As Rodden notes, “Republicans…tend to live in areas that are more heterogeneous, leading to the creation of districts where Republicans win districts by narrower margins.”

Democrats who move into these less dense areas may have a meaningful impact on elections. Moving from suburban to rural areas would involve an influx of potentially different voting patterns. Meanwhile, the density of big cities makes their voting outcomes more resilient to these population shifts, since a moderate influx of new voters is unlikely to sway the larger trends. In some smaller communities, a moderate influx may be sufficient to change election outcomes.

Geographically shifting populations are forcing a reexamination of traditional assumptions about “red” and “blue” areas. When voters move to new communities are they more influenced by their surroundings, or do they influence new geographies?

It seems the simple answer may be that people choose to move to a place because it’s affordable and they like the environment, not because it’s red or blue.

Sheila Lakshmi Steinberg, Ph.D., is a professor of geographic information system, social, and environmental sciences at University of Massachusetts Global.