Nintendo lays out its plan to ‘build a relationship’ with generations of gamers, starting with the new ‘Super Mario’ movie 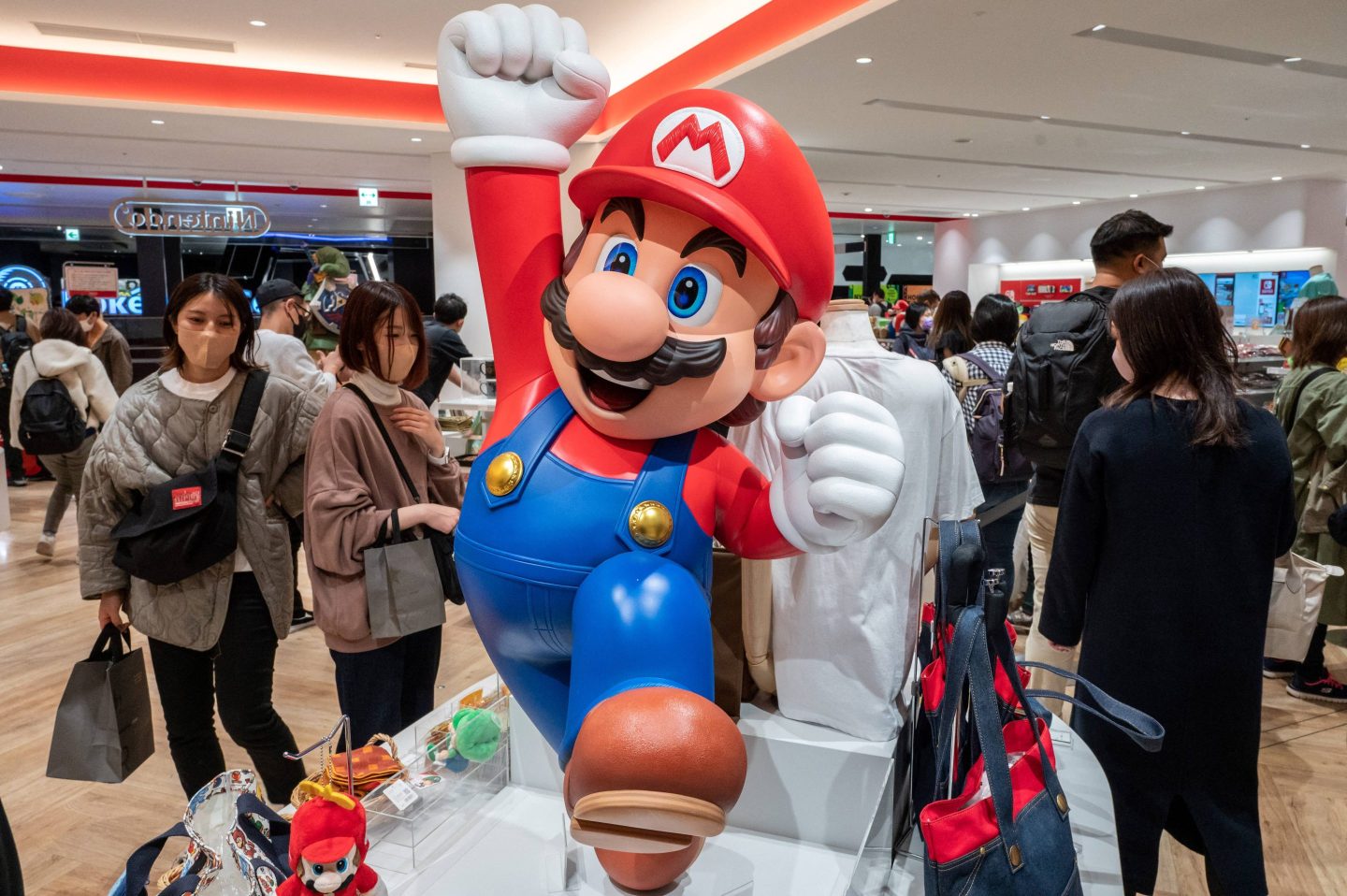 Among the key efforts for what he called “building a relationship” with game lovers was “The Super Mario Bros. Movie”
YUICHI YAMAZAKI/AFP via Getty Images

Nintendo content, including Donkey Kong and Pokemon, has drawn fans over more than four decades, with parents and grandparents now playing games with children. But the intellectual property now extends beyond games, Furukawa told reporters and investors in an online presentation.

Among the key efforts for what he called “building a relationship” with game lovers was “The Super Mario Bros. Movie,” set to be released in April next year.

There are also theme parks like the one that opened in Japan’s Universal Studios more than a year ago featuring restaurants, merchandising and rides, said Furukawa. A Nintendo theme park is set to open early next year in Hollywood in the U.S.

“We want all those who have supported us over so many years to lead to more players,” said Furukawa.

The coronavirus pandemic has worked as a plus for some entertainment companies, as people tended to shun going out and turned to games, films and other at-home activities.

Japanese exporters like Nintendo are also getting a boost from a weaker yen, which lifts the value of their overseas earnings when translated into yen. The U.S. dollar, trading at about 110 Japanese yen a year ago, is now at nearly 150 yen.

But Nintendo has been hurt by a shortages of computer chips and other components caused by COVID-19-related lockdowns and other supply disruptions. Nintendo Switch sales fell 19% on-year in the fiscal first half to 6.68 million units.

Nintendo’s profit totaled 230.45 billion yen ($1.6 billion) for the six months through September, up 34% from the previous year.