How Disney convinced more than 13,000 workers to enroll in its free tuition program 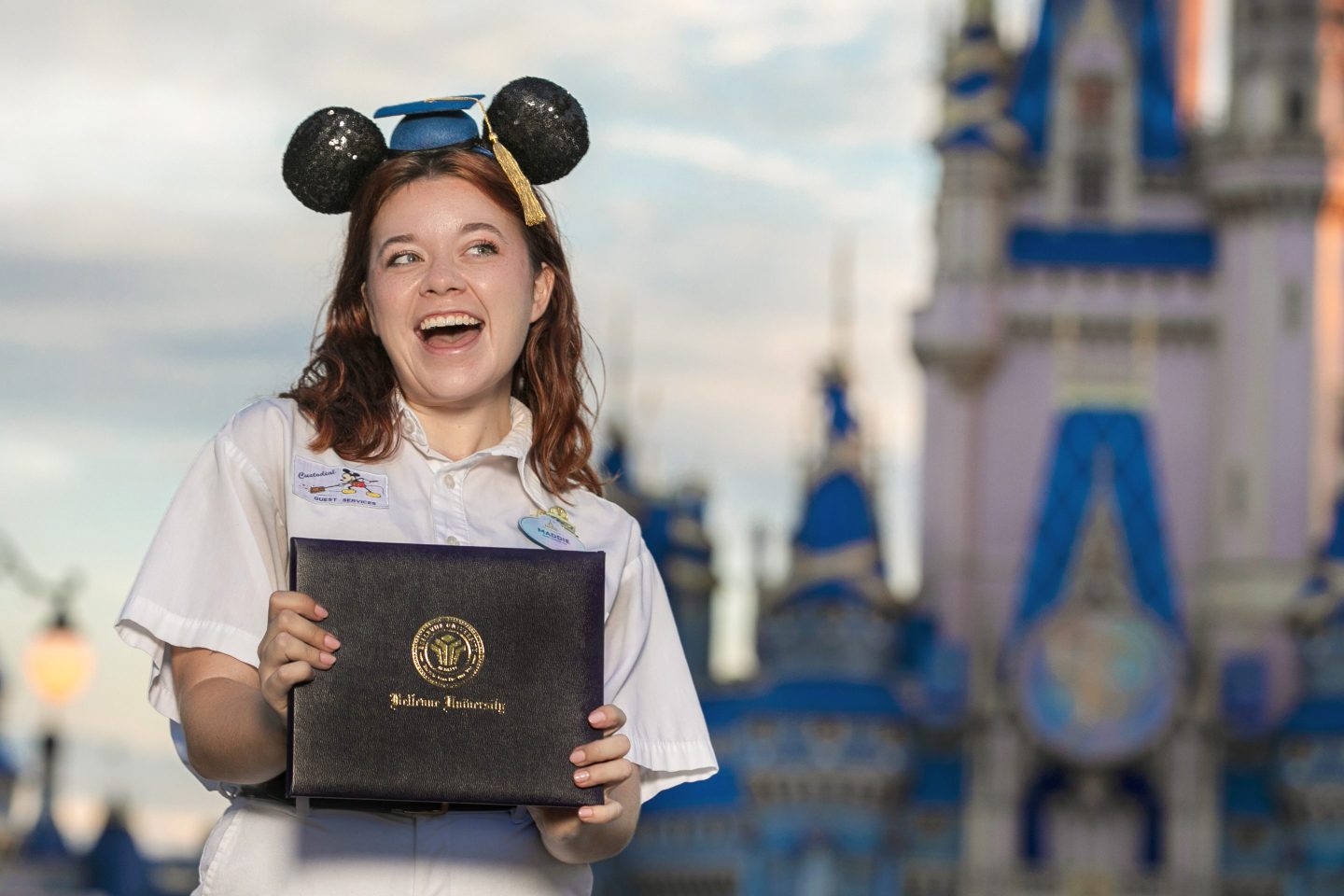 Travel and hospitality were among the hardest-hit sectors during the pandemic, and Disney, which dubs itself the happiest place on earth, was anything but for some staffers. At the height of the pandemic, the company laid off 32,000 workers, many of whom were hourly employees in its U.S. theme parks.

Now Disney is fighting to get those employees back—and keep them—as live events and the broader entertainment industry roar back to life. And it’s tapping its learning and development team to do so.

The company launched Disney Aspire in 2018, an education benefit that allows all hourly Disney employees in the U.S. to access tuition-free education. In recent months, and as the pandemic wanes, the company has heavily promoted the program, with some 13,000 out of its 80,000-person workforce currently enrolled. About half of the participants are workers of color, and more than 2,500 students and graduates have been promoted within the company.

Chris Trout, The Walt Disney Company’s vice president of learning and development, spearheads the program and credits its success to three factors: the design, storytelling, and buy-in from leaders across the company.

The program, which is offered to all employees, subsidizes everything from high school completion to master’s degrees and does not require employees to remain employed after completion. Disney pays full tuition up front, a trend that more employers are adopting to remove financial barriers for employees. About 35% of Disney Aspire participants complete the program and are completing a second degree. That’s notable, considering the median time it takes a working adult to graduate from a degree program is seven years, according to the National Center for Education Statistics. To date, 3,400 employees have completed degrees through Disney Aspire.

The degrees range from a culinary certificate to a master’s degree in communications. Recently, Disney inked its first HBCU partnership with North Carolina A&T University.

Trout says the wraparound support provided by the company’s leadership has made the program stick. “We had a general manager of Disney’s Contemporary Resort who created a physical study hall for people,” he says.

Disney also offers participants career advisors, networking, and resume writing workshops. “Education is key, but we’re unlocking opportunity, and how you unlock opportunities is not just with education,” says Trout. “We’ve had over 1,500 advisor sessions this year alone.”

Word about the program has spread externally, he says. Twenty-five percent of job candidates applying for an hourly role now cite Disney Aspire as motivation for seeking employment.

When asked whether there was concern about high turnover at the company following the completion of the program, Trout responded no. He views the company as a “21st-century employer” that will help train employees to reinvest their skills in their communities.

“One’s career path can take them in various routes, so we didn’t want to require tenure for that reason,” he says. “We have big footprints in Orlando and Anaheim, as well as Connecticut and New York, and we wanted to help lift those communities. We see benefit in that.”

Correction: A previous version of the story incorrectly stated 74% of workers who’ve completed degrees through the program have been promoted internally. Instead, 2,500 students and graduates have been promoted within the company.

Last week, Syndio’s head of people and culture, Lauren Bledsoe, spoke with Fortune about pay transparency and why it’s especially important in periods of market volatility.

“The cost of attrition makes this an even more important thing to focus on right now. Whether as a company you're in a stable state, and you don't need to reduce your workforce, you still want to maintain [pay transparency] and you want to build that trust with [employees]...If you are needing to reduce reports, it's an even better time to look at your data and make sure you're not adversely impacting a particular group in that reduction.”

- Rising inflation could lead to higher health care premiums next year. But employers are unlikely to pass on the cost increases to employees. New York Times

Layoff woes. Stories of Twitter’s newly laid-off employees include a woman who was eight months pregnant, employees locked out of their emails, and some who weren’t too sorry about the whole ordeal. —Alena Botros