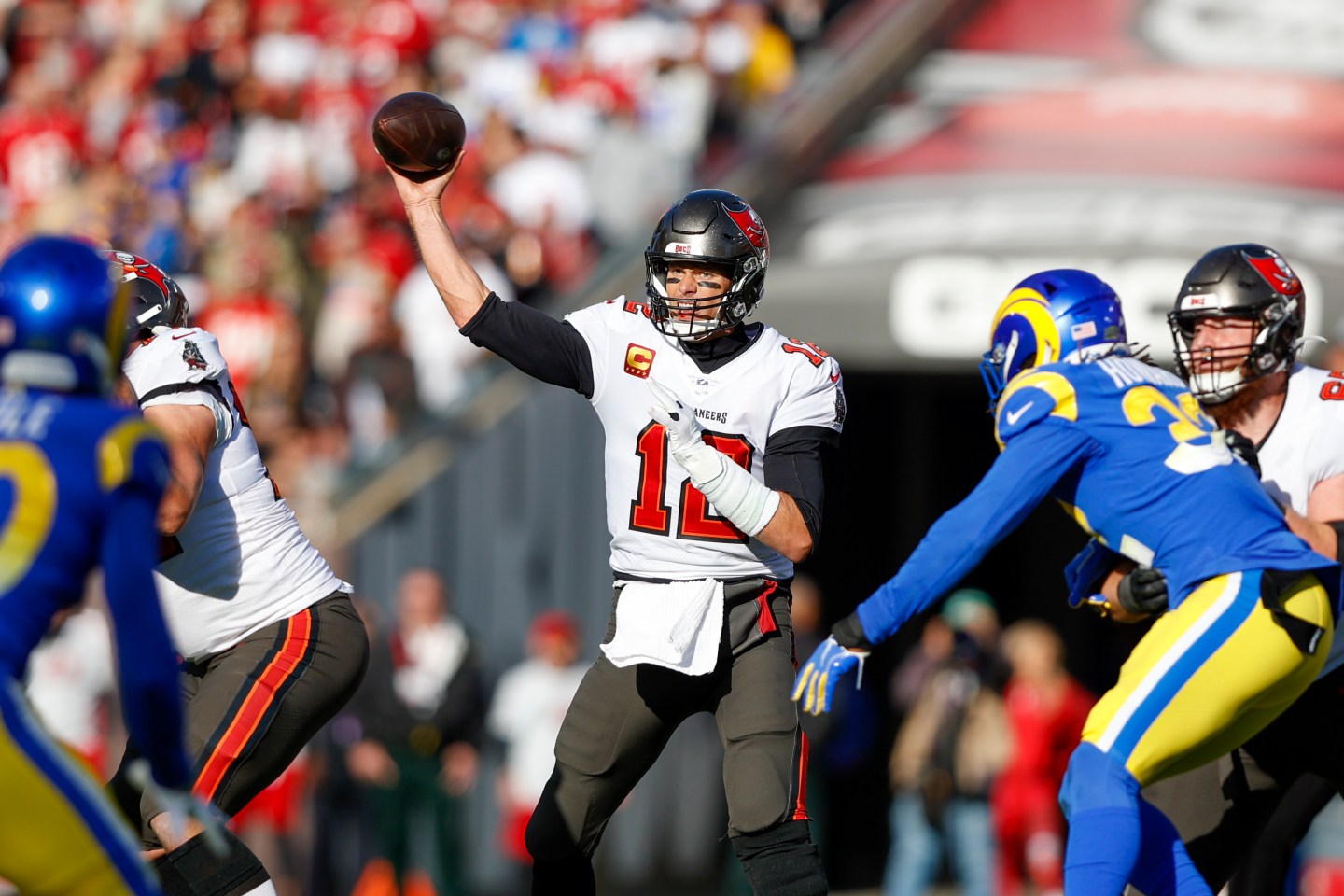 The Buccaneers and Rams will meet this weekend.
Jordon Kelly—Icon Sportswire via Getty Images

We’re at the midway point of the 2022-2023 NFL season and the playoff fate of some teams could be determined as early as this week.

The Lions? Panthers? Texans? They’re basically out of the running already. The real game to watch this week might be one you wouldn’t expect.

The Tampa Bay Buccaneers seemed like a shoe-in for the playoffs when the season began. And the Los Angeles Rams are the defending Super Bowl Champions. Both teams, though, are having underwhelming seasons so far, with little—to no offensive performance. The matchup could result in the loser finding it a very steep climb to make it to the post-season.

Here’s a look at all of the matchups this week how best to catch the games.

More heated rivalries have their annual face-off this week. Top among those? The Bills and Jets, two teams that have no love for each other. Here’s this week’s lineup. (The home team is listed second.)

The best way to watch any sort of network programming for free on a big screen is with a good HD antenna. And watching most NFL games is fairly simple, since many air on broadcast networks, meaning you’ll be able to watch even if you don’t have a cable subscription. To ensure you’re getting the most reliable signal, be sure to test the antenna in multiple locations in your home.

There are a number of possibilities.

Not on the weekends. Amazon is, for the next 11 years, the exclusive home to Thursday Night Football, but does not carry any weekend games. Next up is the Atlanta Falcons vs Charlotte Panthers on Nov. 10, a rematch of their faceoff last Sunday.