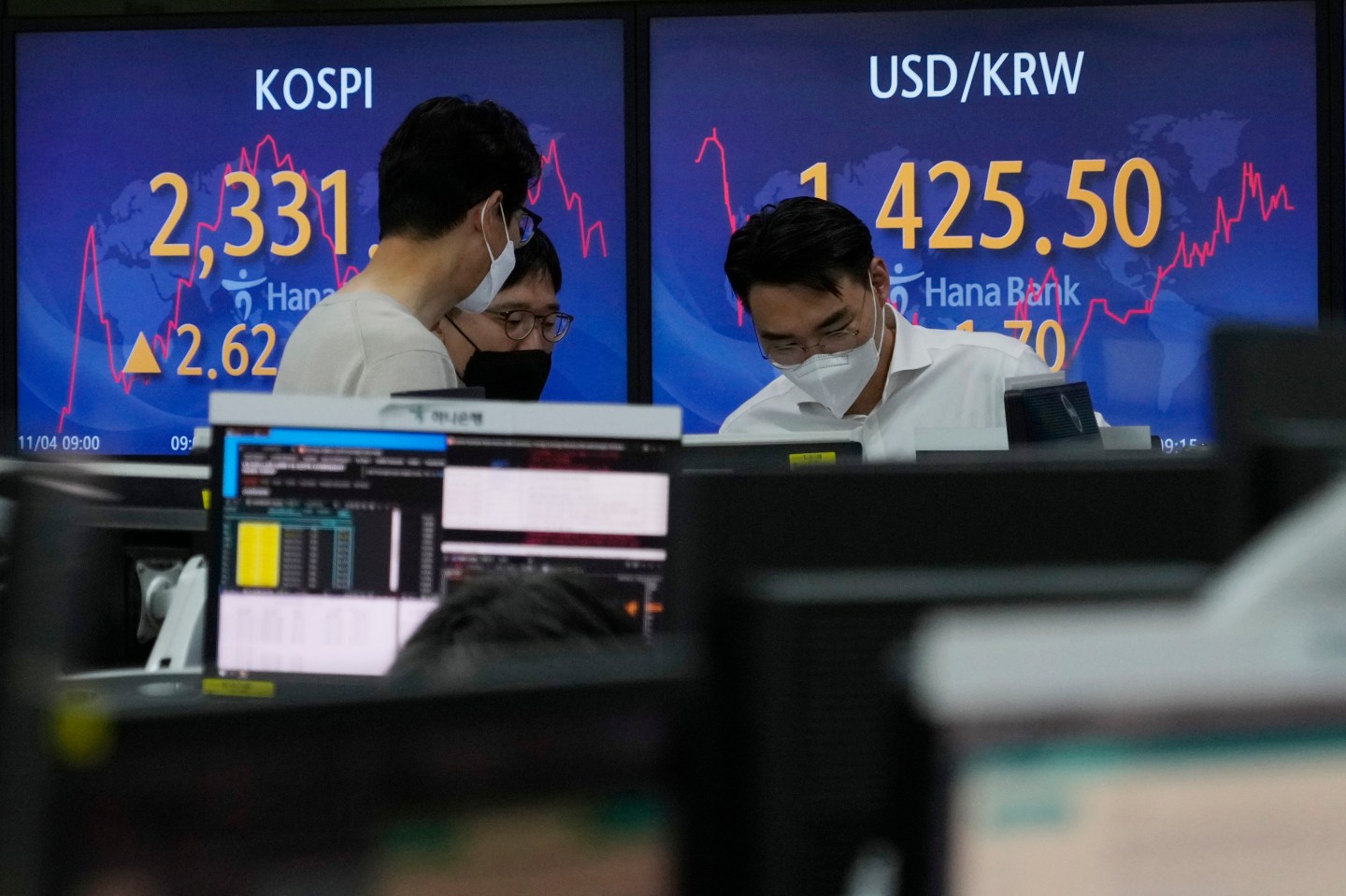 Shares soared more than 7% in Hong Kong on Friday after a Communist Party newspaper reported that local officials were being urged not to impose overly burdensome controls to curb coronavirus infections.

The Shanghai Composite index jumped 2.5% as sentiment also was buoyed by an article in the party newspaper People’s Daily by China’s former top trade envoy, Liu He, who said the country would continue its market reforms. He appeared to be seeking to allay concerns after Liu and some other prominent reformers were dropped from the top ranks of leadership at a party congress last month.

Hong Kong’s market has gyrated in the past few days as investors speculated over signs that Beijing might ease stringent “zero-COVID” policies that have led to entire cities being kept in lockdown for weeks. The policies also require frequent mass testing and lengthy quarantines for travelers.

The newspaper Global Times said the Chinese National Health Commission advised on Wednesday that officials should try to curb outbreaks using the “minimum scale affected, and the shortest time and lowest cost possible.”

It said that was “in a bid to correct mistakes from overly strict measures that have caused damage to people’s properties and lives.” However, it also said that China was “unswervingly adhering to the dynamic zero-COVID strategy by preventing the import of cases and internal rebounds.”

This week has brought a flurry of speculation over the possibility that Beijing might alter course nearly three years into the pandemic. Investors are watching for signs of recovering demand in China, the world’s second-largest economy, and an end to disruptions to manufacturing and transport that have affected global supply chains.

There has been no official confirmation of broad policy changes.

Elsewhere in Asia, Japan’s benchmark Nikkei 225 dropped 1.8% to 27,163.13, catching up after Japan’s markets were closed Thursday for a holiday.

As the Fed signaled that it may need to keep hiking rates for some time to successfully squash the highest inflation in decades, expectations of higher rates pushed up Treasury yields. That weighed on stocks since higher rates not only slow the economy by discouraging borrowing, but also make stocks look less appealing compared to lower-risk assets like bonds.

Investors had been hoping for economic data signaling that the Fed might avoid more rate hikes that might go too far in slowing the economy and bring on a recession. But hotter-than-expected data from the employment sector suggests the Fed will remain aggressive. On Friday, Wall Street will get a broader update from the U.S. government’s October jobs report.

So far, hiring and wage growth have not fallen fast enough for the Fed to slow its inflation-fighting efforts.

Investors will also be looking ahead to the latest data on inflation at the consumer level. That report, the consumer price index, is due out next week.

“A busy week ahead for economic releases is expected with the key focus on U.S. and China inflation figures for October. China will also update October trade figures. The United Kingdom meanwhile releases third quarter GDP figures while Germany’s industrial production data will also be due,” S&P Global Market Intelligence said in its report on the upcoming week.

Wall Street has also been closely watching the latest company earnings reports. The reports have been mixed and many companies have warned that inflation will likely continue pressuring operations.

In energy trading Friday, benchmark U.S. crude rose $1.89 to $90.06 a barrel in electronic trading on the New York Mercantile Exchange. Brent crude, the international standard, gained $1.85 in London to $96.52 a barrel.