At Hong Kong’s grand reopening, a regulator is asked if the bursting real-estate bubble will spill over: ‘That’s what we are concerned about’ 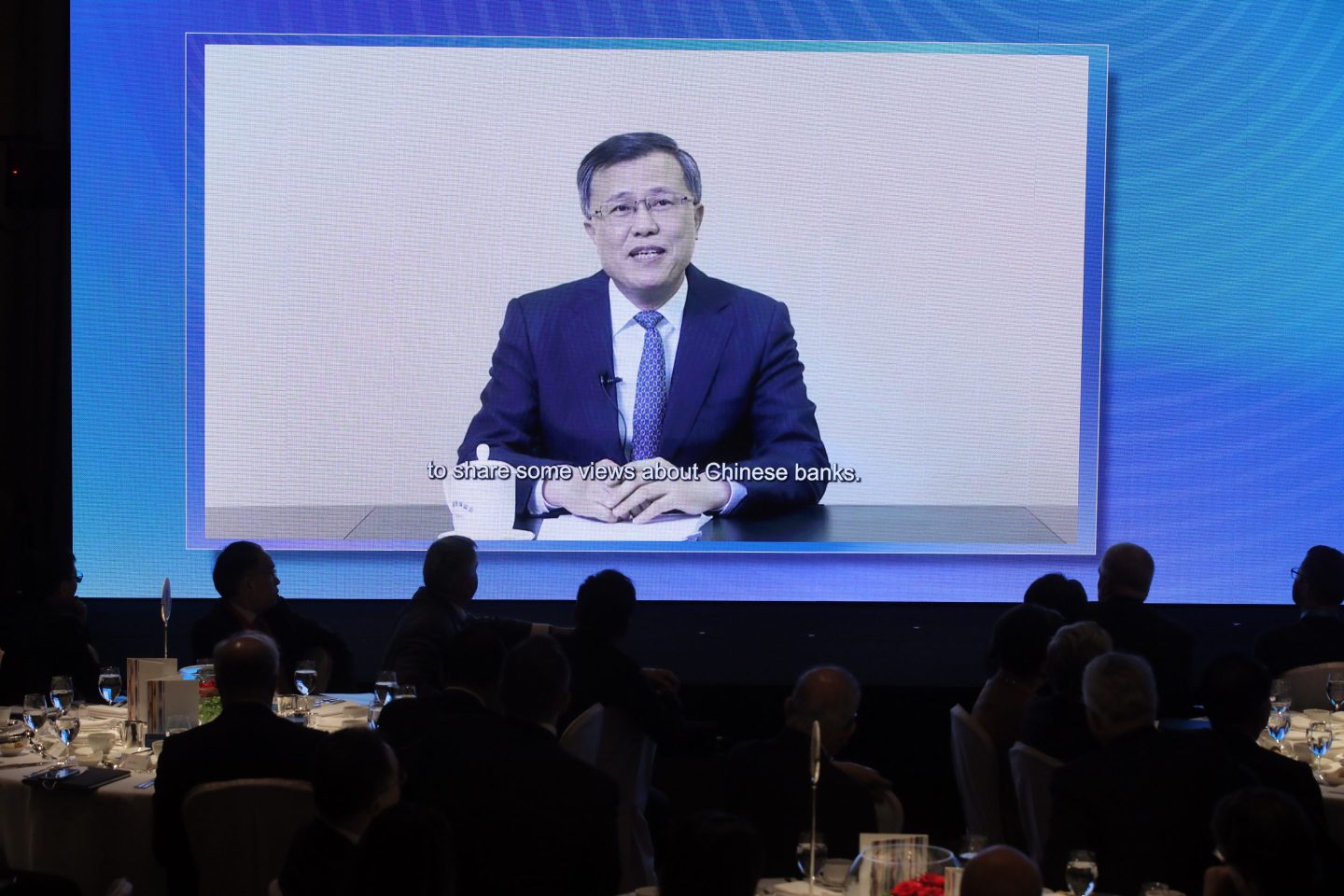 China’s Banking and Insurance Regulatory Commission said that the country’s property sector is an area of concern, although risks are manageable.

Xiao added that the property sector is “stable,” and that Chinese banks’ exposure to real estate is at a “reasonable” 26% of total loans. The default ratio of mortgage loans is lower than 0.1%, he said.

China’s prolonged property crisis has sparked turmoil in its economy. Home-sales slump intensified in October, and builders that had long been considered safer are tumbling into distress. The sector has at least $292 billion of onshore and offshore borrowings coming due through the end of 2023, according to Bloomberg calculations.

The $52 trillion banking industry is also dealing with an increasingly difficult outlook. Banks have been urged by Beijing to accelerate lending just as their balance sheets are weighed down by bad loans in a risky environment.

In an earlier segment at the summit, People’s Bank of China Governor Yi Gang said he hopes the housing market can achieve a “soft landing.” China’s potential growth rate is expected to remain in a reasonable range, and the central bank is working on supporting investment in capital expenditure and infrastructure, which will reflect in fourth-quarter data, he said.

The central bank has implemented a raft of measures to stabilize the real estate market, including lowering mortgage rates and rolling out a special lending program for developers. Analysts say that the policies have done little to help the sector. Economists forecast China to grow at 3.3% this year, much lower than the official government target of around 5.5%.

–With assistance from Amanda Wang, Lin Zhu and Zheng Li.