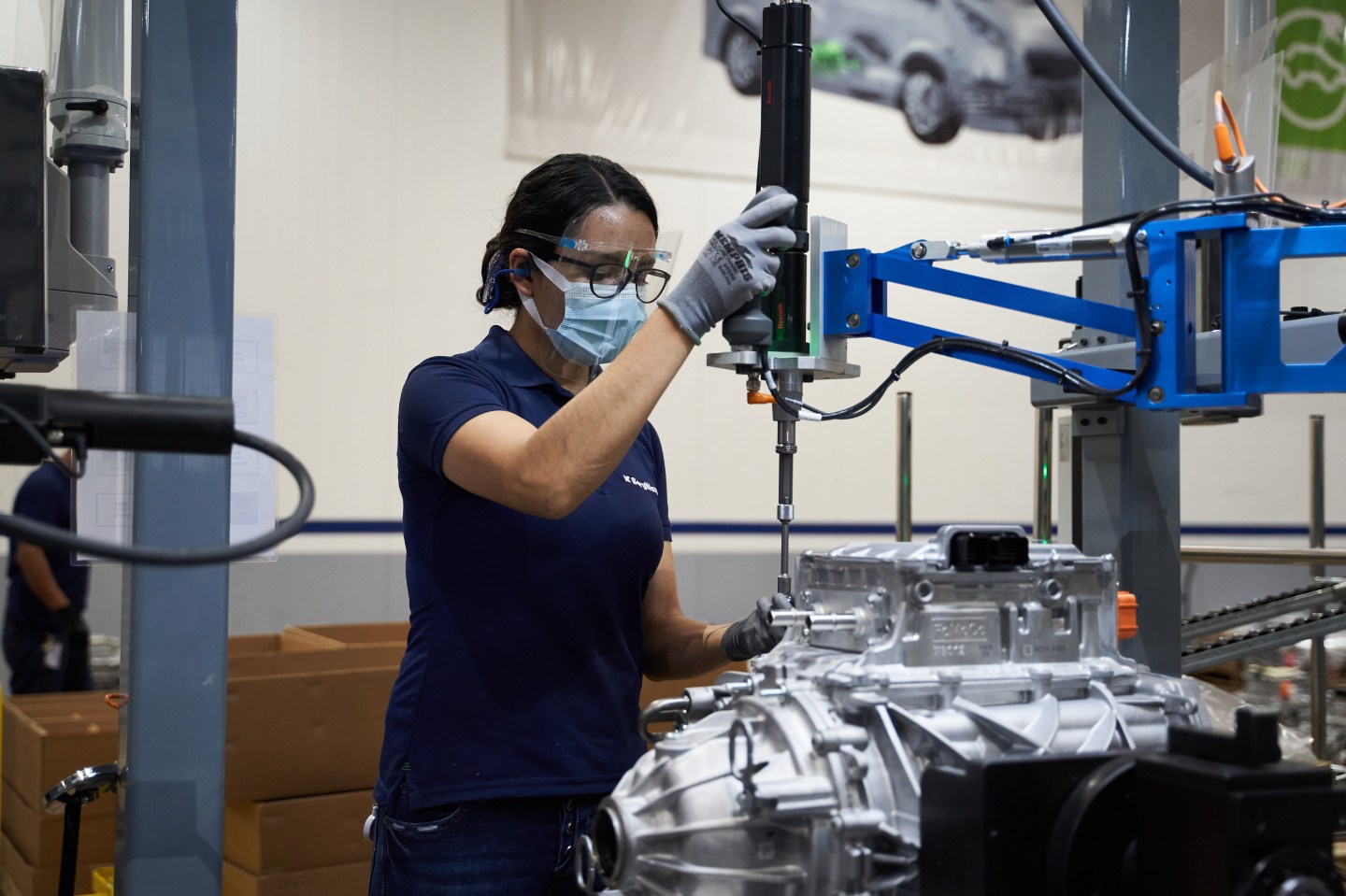 An engineer working on the assembly line at a Ford Motors plant in San Luis Potosi, Mexico.
Mauricio Palos/Bloomberg via Getty Images

One of the many buzzwords to have come out of the supply chain crisis of the past few years has been “nearshoring”: companies investing in production closer to home so that they don’t have to deal with global sourcing challenges.

In the U.S., the supply chain crisis has added fuel to the country’s inflation fire, and a growing number of industries have chosen to bring production closer to home as a result. U.S.-based companies that have already reshored their operations to nearby countries in Latin America and the Caribbean include carmaker Ford and aerospace manufacturer Boeing.

The nearshoring momentum could represent a major rethink of global supply chains, and some countries could be in line for a windfall because of it. But Bank of America analysts believe that based on early signs, Mexico is poised to be the main beneficiary of the new nearshoring wave sweeping the U.S.

Nearshoring to Mexico could be a “lifetime opportunity” for those interested in investing in the country and in the companies doing business there, researchers by the bank’s head of Canada and Mexico economics Carlos Capistrán, wrote in a note last week, and believe the country is headed for massive growth in the coming years.

They added that the supply chain crisis, a breakdown in U.S.-China relations, and a free trade agreement already in place between the U.S. and Mexico have created the conditions behind the country’s “best growth opportunity for the next 10 years.”

The nearshoring move to Mexico comes as more and more U.S. companies decide doing business in China is simply no longer worth the cost.

U.S. trade relations with China have been tense for years, since a series of U.S. tariffs on imported Chinese goods paved the way for a trade war between the two countries in 2018 under former President Trump. That war has survived mostly intact into the current administration.

The trade war heightened tensions between the two countries and made cooperation more difficult, but the real spark behind the supply chain crisis and the move towards nearshoring happened more recently when the COVID-19 pandemic hit.

China responded with periodic lockdowns, which threw supply chains into disarray, and are still happening now with factories in China shutting down for weeks at a time. The supply chain crisis has led to a full-blown shortage of items the U.S. once imported heavily from China, including semiconductor chips and iPhones.

In addition to China’s strict COVID-19 policies—which have widely eroded U.S. business confidence in the country—labor costs in China have been on a steady rise in recent years, pushing many international companies to look elsewhere.

In response to the shortages, the Biden administration has approved large investments in domestic production of goods including chips and solar panels, products that the U.S. has previously imported from China and other East Asian countries in large amounts.

But with companies on the hunt for more affordable workforces that are also in relative proximity to the U.S., Latin American countries have been put in the spotlight, and Mexico is poised to benefit the most from American companies relocating their operations, according to BofA.

Relatively cheap labor and its proximity to the U.S. has made Mexico an ideal destination for industries to manufacture their products, including electric cars, toys, and medical supplies.

Mexico’s manufacturing industry has been “booming” as a result of recent nearshoring initiatives, BofA’s Capistrán wrote. The sector has grown 5% so far in 2022 alone, and has already exceeded its pre-pandemic size, he added.

Capistrán noted that average labor costs in Mexico are now cheaper than in China, incentivizing more companies to move manufacturing operations to its shores.

These factors—combined with a preexisting free trade framework between Mexico, Canada, and the U.S.—could help Mexico increase its exports by 30% over the next several years, BofA analysts wrote.

Banks are already jumping on the region’s promise as a new manufacturing hub to replace China. In July, the Inter-American Development Bank, the largest developmental finance institution servicing Latin America and the Caribbean, announced it would inject between $1.75 and $2.25 billion to support nearshoring and relocation projects in Mexico over the next three years.

In a separate study in June, the IDB found that nearshoring could add $78 billion in export value in Latin America over the next few years, with Mexico seeing the biggest gains, adding $35.3 billion in annual export value.