Why childcare is broken in the U.S.—and how to fix it 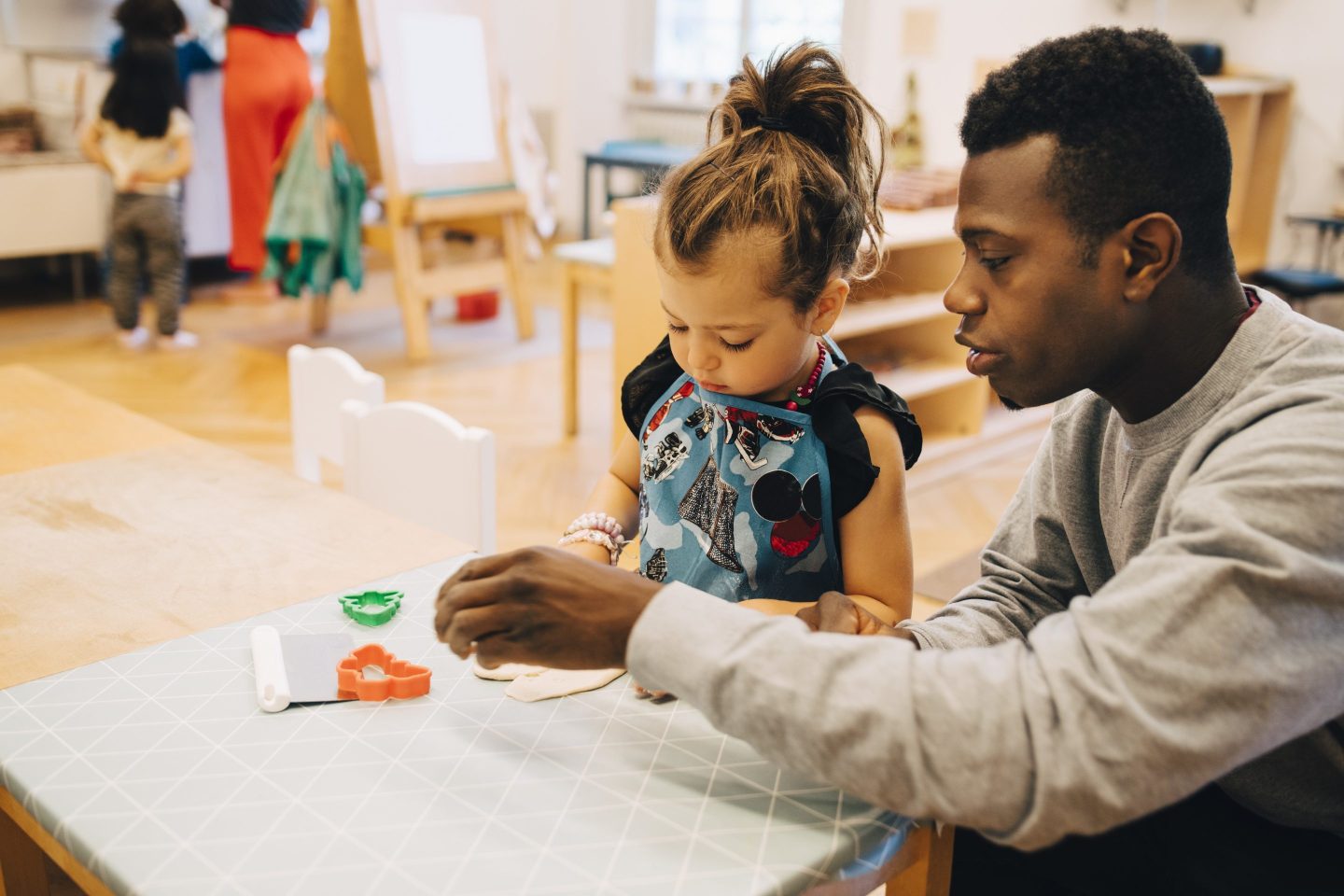 Where’s my village? On Tuesday, New Mexico has the chance to make history. If voters approve a ballot measure, funding for early childhood education will be written into the state constitution.

That’s something no other state has done.

The money will come from a trust fund built from state oil and gas revenue, which is certainly an easier sell than raising taxes. But here’s a staggering fact: The ballot seems to have bipartisan support.

While advocates in the state have pushed for this for years, a yes vote would have particular resonance now as the childcare sector continues to reel from the pandemic and a lack of financial support from the federal government.

At Fortune, we’ve chronicled how the childcare crisis hurts women and families—and affects businesses. Women were more likely than men to step back from work at the height of the pandemic to care for kids, and countless studies show that when women aren’t fully engaged in work, it drags down the entire economy.

About a year ago, a small group of women here at Fortune decided we were tired of hearing the depressing stats around childcare, and we wanted to know who—if anyone—was working to fix the problem. It turns out that innovative solutions are coming from all corners: states and cities, but also from Fortune 500 companies, entrepreneurs, and community groups. (A glaring omission from this list: the federal government, which at one point proposed spending as much as $400 billion on childcare through the Build Back Better Act. The final amount dedicated to childcare? Zero.)

You can hear more about our findings in the new Where’s My Village? podcast. We hope you’ll listen and subscribe to this limited-run series. You’ll hear from longtime advocates like Sen. Patty Murray (D-Wash.); companies like Corning, which funds day-care centers not only for employees but for an entire New York town; and from VCs like Jess Lee at Sequoia Capital, who believes the childcare market is ripe for investment.

And who knows, after listening, you may feel inspired to wield your influence to improve childcare in the U.S. because, as we know, when it comes to raising kids, it truly takes a village.

Mink mess Danish voters headed to the polls on Tuesday for a special election Prime Minister Mette Frederiksen called for in early October. Frederiksen, who led Denmark through the COVID-19 pandemic and Russian invasion of Ukraine, faced backlash for a government-ordered mass culling of minks last July—over concerns of a mutated virus—that destroyed the country’s mink industry. But she ultimately held on to her center-left coalition. BBC

Still booked Penguin Random House (which is now blocked from acquiring Simon & Schuster, by the way) is standing behind its deal to publish Supreme Court Justice Amy Coney Barrett’s upcoming book. The commitment came in response to an open letter with over 600 signatures asking the publisher to reconsider the deal following Barrett’s vote to overturn Roe v. Wade in June. Wall Street Journal

Tougher than expected South Dakota Gov. Kristi Noem is a rising star in America’s conservative base. Yet her electoral standing in the state is on shaky ground. Polls show her fluctuating between a double-digit lead and running neck and neck against Democrat Jamie Smith. She’s now outspending Smith six to one on political ads. Vanity Fair

Abortion, overseas Online abortion pill orders placed through nonprofit Aid Access rose 120% in the two months following the overturn of Roe v. Wade, according to a new study. A new estimate, factoring in this stat, puts the nationwide drop in abortions at 2% during those two months, down from a previously reported 6%. New York Times

Leading change Mana Shim, a former U.S. Soccer player whose accounts of sexual abuse by her coach helped bring attention to misconduct in the sport, is joining the federation as chair of a newly formed player safety committee. New York Times

The enduring sexism of India’s tech industry Rest of World

“I was going to have to show people that I could do something different. I didn’t want to get pigeonholed.”

—Margot Robbie, actor and cofounder of female-focused production company LuckyChap Entertainment on breaking away from the blonde bombshell stereotype she portrayed in her breakout role