Companies like Apple often invoke the spirit of their late founders—done wrong, this habit can come back to haunt them 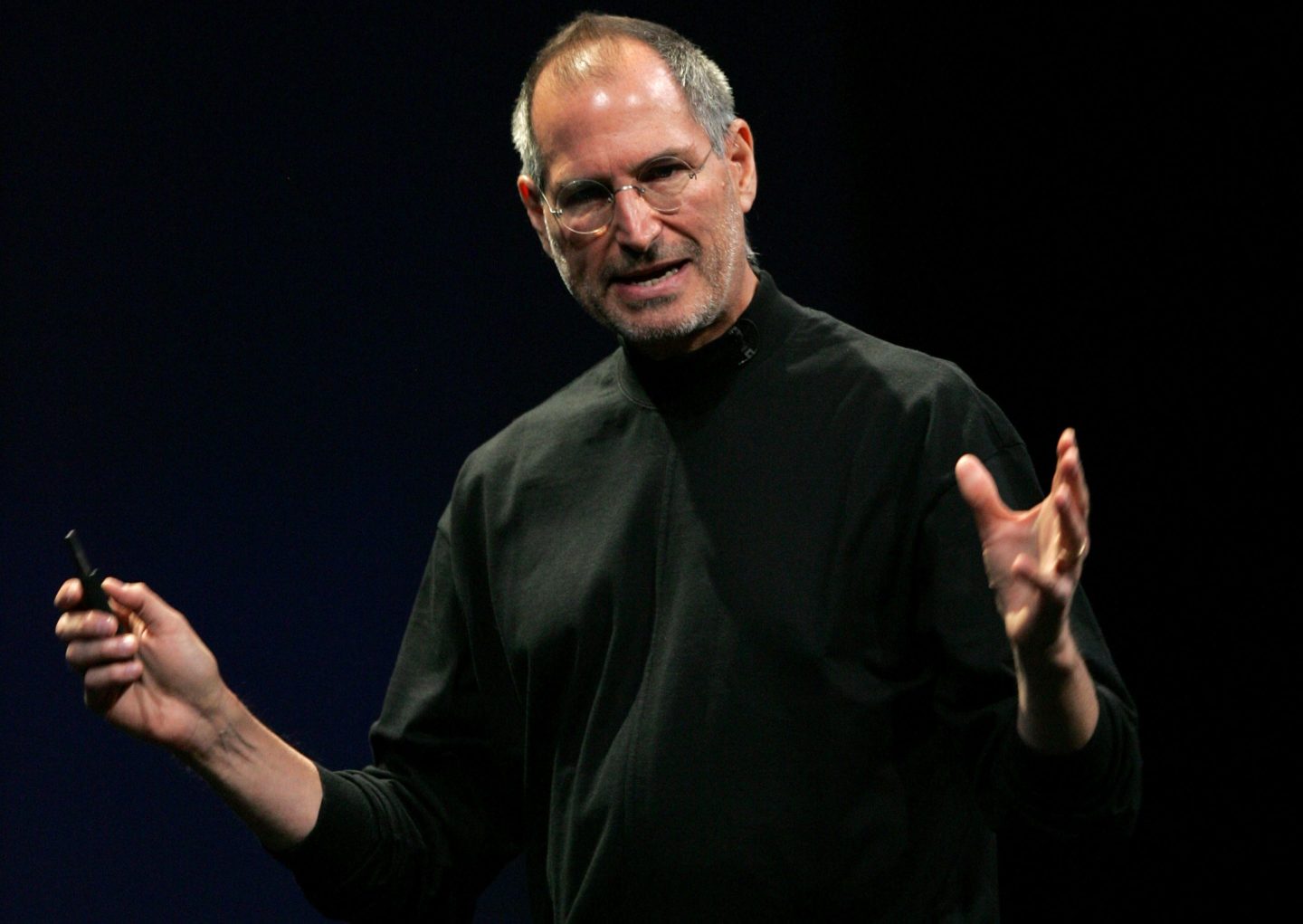 Volumes could be written about how Apple CEO Tim Cook has kept founder Steve Jobs present without working in his shadow.
Justin Sullivan—Getty Images

We’re days away from Halloween—when the veil between the worlds of the living and the dead is said to be thinnest. It may also be the ideal time to determine whether corporate phantoms are haunting your boardroom.

Allow me to explain.

In recent years, management scholars have started exploring how companies lean on deceased founders and other pivotal leaders to push their present-day agendas. Dead founders—who can’t speak up in protest—are useful tools of persuasion, says Viviane Sergi, an associate professor of management at the Université du Québec à Montréal, who is part of a group of academics investigating the topic.

On one hand, it may seem obvious that companies leverage the ethos of dead founders. “They are inspirations [and] embody a company’s values,” Sergi explains. But when current leaders repeatedly mention or allude to long-gone founders, it’s typically an attempt to legitimize a change or gain authority. “Using those figures from the past can give a leader some weight,” Sergi says.

To be sure, these corporate specters are sometimes benevolent and can lend a sense of continuity during a radical corporate transition, says Innan Sasaki, an associate professor at Warwick Business School who has studied how family-owned companies in Japan use founders’ mottos—known as ka-kun. She says history “connects you with past successes, past amazing figures, and that enables people to feel secure.”

In Kyoto, for instance, she discovered that some business leaders have successfully maintained or tweaked centuries-old founder rules like “don’t be greedy” to help fortify company culture. Others made addendums to speak to new stakeholders.

But there are also serious risks to invoking spirits of the past. If a sitting CEO quotes a founder they didn’t know in life, for example, they may be seen as an illegitimate medium and a disingenuous leader, Sergi explains.

Several real-world examples exist. When former HP CEO Carly Fiorina—the first outsider recruited to lead the tech company—wanted to justify a $21 billion merger with Compaq in 2002, she repeatedly referred to cofounders Bill Hewlett (who died in 2001) and David Packard (who passed away in 1996) to sell her strategy. “Bill and Dave” would have approved her mission, she insisted. The founders’ sons, one of who sat on the board, disagreed, says Sergi. For one thing, Fiorina’s roadmap involved mass layoffs, which “Bill and Dave” had always tried to avoid. “Those ghosts came back to haunt her,” Sergi says.

Some leaders also claim that founders and past CEOs would have embraced concepts that didn’t exist when they were alive. At the Desjardins Bank in Quebec, for example, present-day leaders once asserted that founder Alphonse Desjardins would have approved of the sharing economy. Desjardins, it should be said, died in 1920.

When a founder is too present, the effects can also be puzzling and provocative to outsiders. Nora Meziani, a management professor at ESCP Business School in Paris, was surprised to open her smartphone in mid-2019 to discover an email from “Bernard Loiseau.” Her reaction was understandable: The world-renowned, beloved French chef took his life in 2003. In fact, the marketing email was from the Bernard Loiseau Group, the name of the company now run by the chef’s widow, Dominique Loiseau. But in Meziani’s inbox, dropping “group” from the title created a strange impression. (After his death, Loiseau’s widow also changed the name of the chef’s most famous restaurant from La Côte d’Or to Le Relais Bernard Loiseau.)

For corporeal leaders, the lesson is this: Be thoughtful about how the dead are remembered or reanimated. As a general rule of thumb, if you knew the founder in life, says Sergi, you’ll be given more leeway to call upon his or her legacy. Volumes could be written about how Tim Cook successfully honors Steve Jobs at Apple without working in his shadow.

Modern leaders tempted to recruit a departed founder as an ally should also remember that history is always contested, Sasaki adds. And while retelling a founder’s story might help highlight a firm’s unique values, strengthen its sense of purpose, and even shift the focus away from its profit motive, zombie founders won’t distract investors from managerial problems or, say, convince loyal workers to make personal sacrifices. Companies are not cults, says Sergi, so employees will not be blinded by messages from the great beyond.

People may love making the most of Halloween, but most don’t actually believe in ghosts.

“[A] chief purpose officer can be used as a crutch, a way for a business to say, 'Of course, we care,' when employees raise issues with the culture. Instead of fixing the burnout problem, these executives can allow management to turn a blind eye and assume all is well, letting workplace rot set in even deeper.” — Business Insider

👓 Read: Are investors prepared to lose money to support social goals? Through a carefully designed study, a trio of professors at Boston University and Tel Aviv University found that the answer for many is yes (to a degree). However, about 31% are unprepared to give up “even a trivial amount” for the greater good.

🎧 Listen: Anthea Roberts, a legal scholar at Australian National University, joined Freakonomics Radio to discuss whether globalization has failed. But it's a trick question because there is no single answer. Roberts instead describes six stories about globalization that people tell themselves, including the "corporate power narrative."

📖 Bookmark: My, how times change! Amazon, Netflix, and Meta have disappeared from Fortune’s 100 Fastest-Growing Companies list. Meanwhile, you probably haven’t heard of Daqo New Energy, the company in the top spot.

Former Starbucks CEO Kevin Johnson has joined Goldman Sachs' board. Jacinto "Jase" Hernandez, a former investment analyst for Capital Group, where he covered the tobacco industry, will join the Altria board on Nov. 1. Carver Bancorp has appointed Robin Nunn, a partner at the law firm Morgan Lewis & Bockius, to its board of directors. Otis, the elevator company, tapped Nelda Connors to join its board. Conners is the CEO of Pine Groves Holdings, a woman- and minority-owned investment group, and is the former CEO of Atkore International, the former electrical and metal products division of Tyco International. Limoneira announced the resignation of Robert Sawyer, effective Nov. 1. Barbara Carbone, who formerly held auditing and accounting roles at KPMG, will take his place.

- Elon Musk's Twitter deal closed—and Musk fired four executives, including the CEO and CFO—late Thursday night. A top analyst called the purchase "one of the most overpaid tech acquisitions in history."

- Who might Carlyle be considering as its next CEO? Here’s a look at four possible contenders.

- Young employees aren’t impressed by their employer's response to the end of Roe v. Wade. About 30% are considering quitting because of it.

The guitar is not dead. That’s the first of many guitar biz facts you’ll learn from Fortune writer Phil Wahba’s interview with Fender CEO Andy Mooney.

The 67-year-old executive was tapped to take over at Fender in 2015 when the company was struggling with debt. Since then, he has leveraged a few trends to turn business around, including rising interest from diverse buyers who play a range of genres—and not just white men looking to rock out. 🤘

Here’s a snippet from their conversation:

Mooney: "We recently surveyed customers, and the big 'aha' was that 90% of first-time players abandoned the instrument in the first year. But the 10% who didn’t will have a lifetime value of $10,000 for us and will buy five or seven guitars in their lifetime, amplifiers, and all the other equipment. So in 2017, we created an online learning product called Fender Play, which aimed to reduce the abandonment rate at the height of COVID. We see it as a massive driver for bringing more people in and keeping them."

Read the rest, and find out what happened with the pandemic's ukulele boom, here.