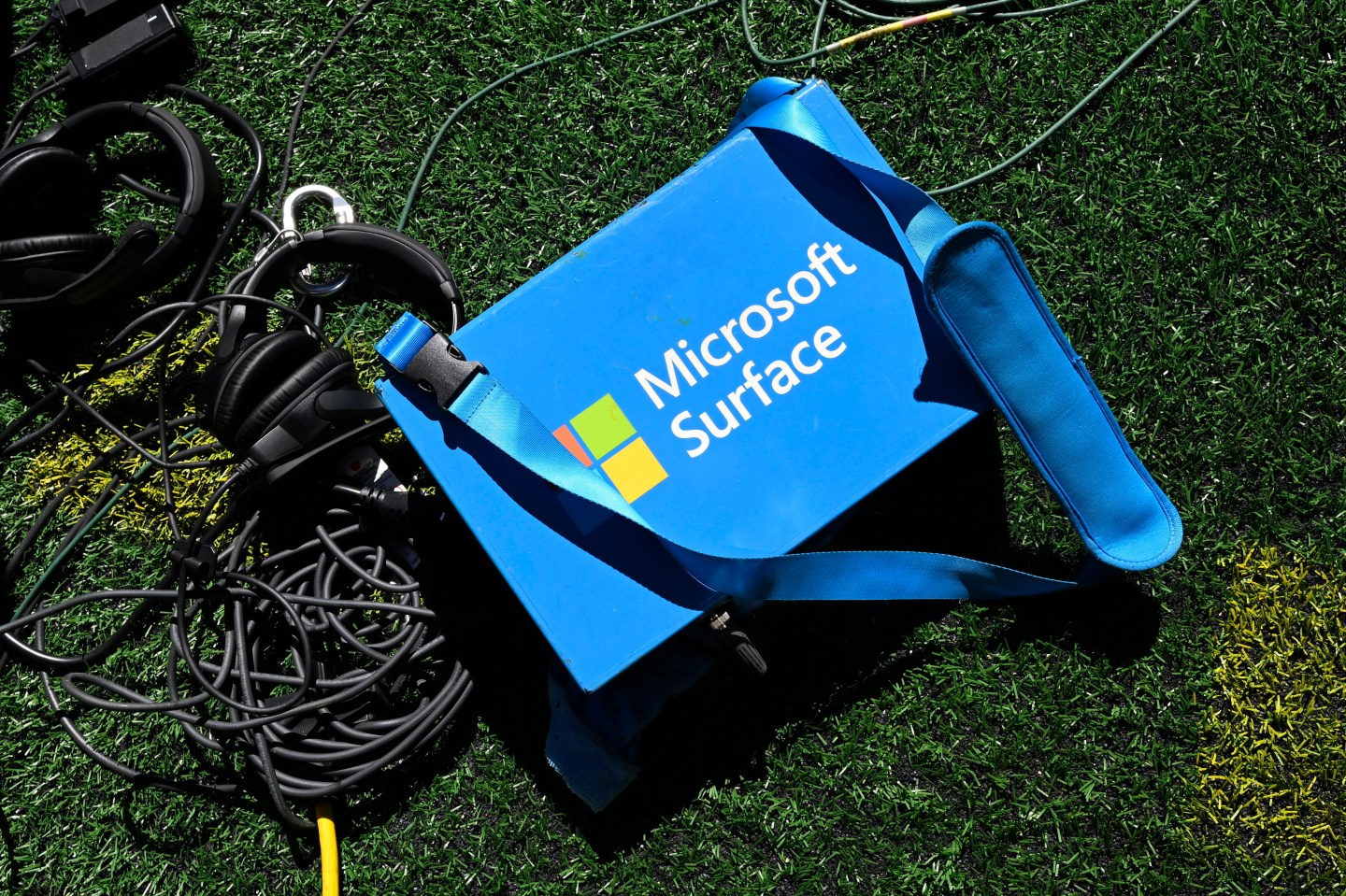 Microsoft Surface equipment lies on the turf before an NFL football game between the Atlanta Falcons and the Cleveland Browns, Oct. 2, 2022, in Atlanta.
John Amis—AP

Microsoft on Tuesday reported a 14% drop in profit for the July-September quarter compared to the same time last year, reflecting a weak market for personal computers affecting its Windows business.

The Redmond, Washington-based software maker posted revenue of $50.1 billion in the quarter, up 11% from last year, also beating expectations.

Analysts expected Microsoft to earn $2.31 per share on revenue of $49.7 billion for the quarter.

Microsoft’s personal computing business, centered on its Windows software, was widely expected to take a hit given economic uncertainties such as inflation. In addition, many consumers bought new devices during the pandemic, helping crimp demand.

The company gets licensing revenue from PC manufacturers who install its Windows operating system on their products. Revenue from those licenses dropped 15% in the quarter, Microsoft said.

Worldwide shipments of personal computers declined almost 20% in the quarter from the same time last year, according to market research firm Gartner, which said it was the steepest decline since it began tracking the PC market in the mid-1990s. A disappointing back-to-school sales season for new computers also contributed to a fourth consecutive quarter of year-over-year decline, Gartner said.

Microsoft shares slipped more than 6% in after-hours trading Tuesday. Microsoft Chief Financial Officer Amy Hood said on a conference call with investors that some of the negative factors affecting the last quarter could extend into the near future. Alluding to recent layoffs and the past year of new hires, she said net headcount growth “will be minimal” heading into the current quarter.

Microsoft made up for some of the Windows-related losses through the strength of its cloud-computing services supplied to big businesses and other institutions.

Revenue from that segment grew 20% from the same time last year to $20.3 billion, making it the largest source of Microsoft’s sales and growth during the period. But growth in the company’s flagship Azure cloud computing platform was lower than what analysts anticipated, in part because of what Hood described as an ongoing spike in the cost of energy needed to run powerful data centers.

The second-largest business segment, made up of productivity-related software such as the Office suite of work products, grew 9% to $16.5 billion in revenue.