In corporate A.I., a gap is emerging between the haves and the have-nots 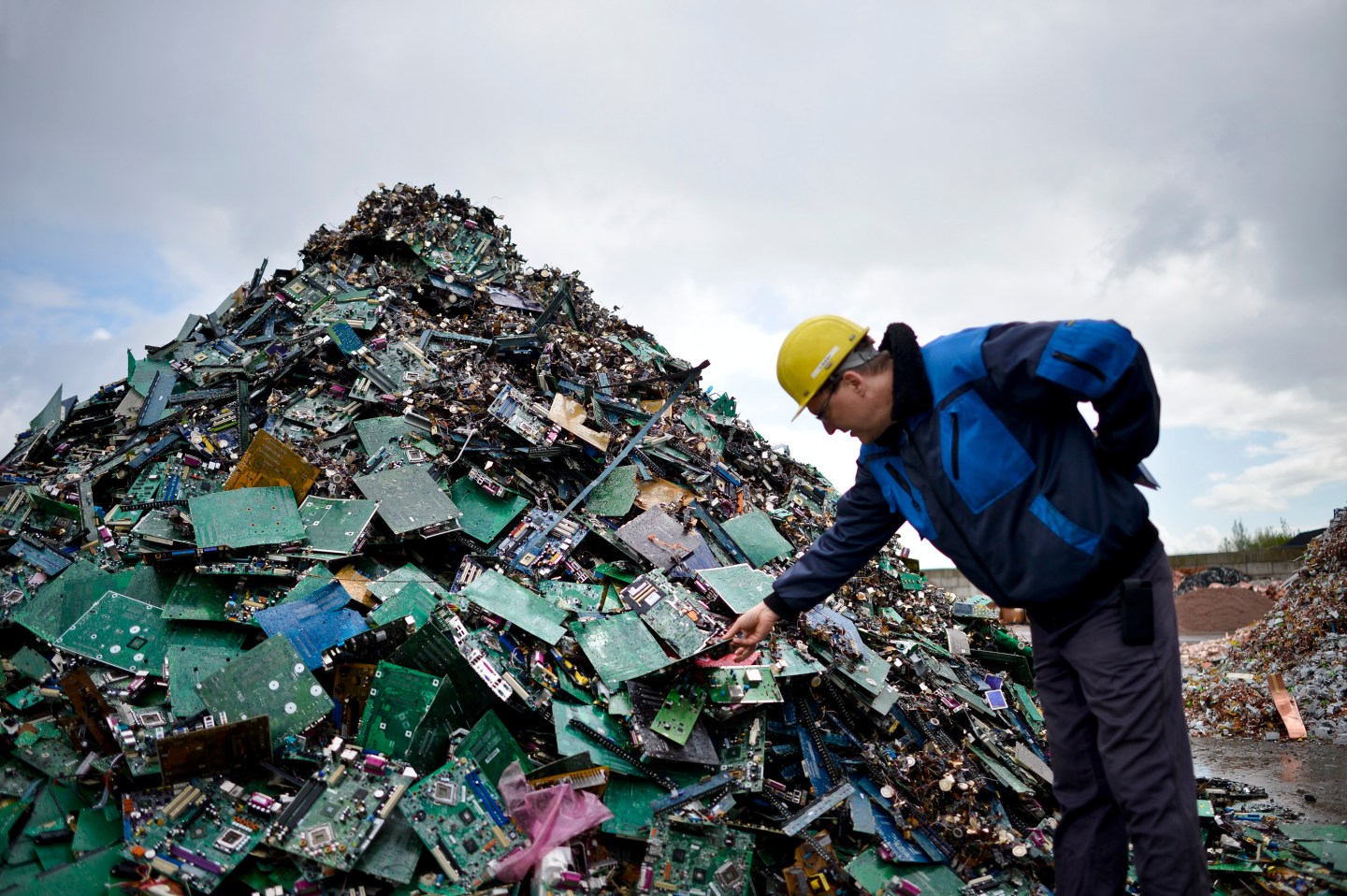 The sometimes fascinating, sometimes disconcerting applications of A.I. in news headlines are well known: deepfake videos, image generators like DALL-E, digital chess champions, and so on. In the business world, the applications are more mundane if still potentially transformative. But now, there may be a divide emerging among companies between the A.I. “haves” and the A.I. “have nots.”

Consulting firm Deloitte released its fifth “State of the AI in the Enterprise” report last week that at once underscored how seriously most companies are taking the technologies of artificial intelligence and how much difficulty some are having in deploying it successfully throughout their operations.

A survey of 2,620 executives in 13 countries found that 94% of respondents considered A.I. critical to success in the coming five years. But moving from the promise of A.I. to a successful implementation in the enterprise is proving challenging. “As organizations deploy more A.I., outcomes appear to be lagging,” the report said. “Unfortunately, many organizers are struggling with middling results, despite increased deployment activity.”

In the survey, Deloitte contacted people overseeing A.I. spending, strategy or implementation and asked each how many projects integrated A.I. technology into their existing operations, whether in finance, operations, HR, or marketing. They then looked at how many achieved a high degree of success in a wide range of outcomes that included lowering costs, improving collaboration among teams, predicting demand, and enabling new business models or new markets.

That growing gap between successful A.I. projects and less successful ones can be tied to problems throughout the process of integrating A.I. into business operations. When starting new projects, companies cited a lack of executive buy-in, insufficient maintenance and support, and managing A.I.-related risks as the biggest barriers. As projects began to scale throughout an organization, the top culprits that stymied success were inadequate funding, choosing the wrong A.I. technology, and a lack of technical skill among staff.

“This emphasizes the resounding importance of clear leadership and focused investment that a successful AI transformation requires,” the report said. “More so, it demonstrates the ongoing challenge of establishing the coordination and discipline needed to consistently fund initiatives after they have ceased to be the shiny object.”

Other difficulties that were more commonly reported seemed to suggest a challenge in integrating A.I. technology beyond a tech team and throughout the entire workplace. Some 46% of companies cited a challenge in weaving A.I. into daily workflows and culture, while 44% said the software was too complex for many end users to adopt. About half also mentioned A.I.-related risks, such as model bias, cybersecurity threats, and privacy or other ethical concerns.

As one respondent, a VP of data science at a data-analytics company, put it, “Doing the actual A.I. is the easiest part of these projects. The hardest part is helping everyone involved understand what the problem is that we’re trying to solve.”

The discrepancy in A.I. project outcomes may be related to the nature of the issue they are trying to address. The report suggests that objectives that increase revenue—such as entering new markets, expanding services or products, or new business models—generally produced higher outcomes than the more common usage of reducing operating costs.

And while the report didn’t specify which companies or industries were enjoying greater success from their A.I. investments and which were facing disappointment, it’s clear that A.I. has the potential to further separate industry winners and losers not simply because of the resources they are willing to invest in the technology, but also because of the skill with which they can deploy the technology.

Even as the U.S. faces the likelihood of an economic slowdown in the coming year, enterprise spending on A.I. is expected to remain robust. Forrester this month projected that global spending on A.I. software will nearly double to $64 billion by 2025 from $33 billion last year. But while interest in A.I. is unlikely to slow down, Deloitte’s survey hints that the lag in expected outcomes could put a dent in its growth rate: Only 76% of respondents plan to boost A.I. investments in the future, down from 85% only a year ago.

Google is in discussions to invest at least $200 million into Cohere Inc., a Toronto-based A.I. startup that creates natural language processing software, according to The Wall Street Journal. The company was founded by Google Brain alums and specializes in selling access to ultra-large language models, the kind of A.I. behind recent advances in NLP. Cohere's NLP technology is aimed at helping developers create business applications, such as chatbots that better understand human speech and text. The startup also reportedly held talks with Nvidia about a potential strategic investment. Cohere, which has raised $165 million to date, signed a multi-year partnership last year to use Google’s cloud computing to train its software models.

The Biden administration is mulling new export controls on A.I. and other emerging technologies. The plans are in an early stage, Bloomberg noted, and could also encompass quantum computing technology and create a mechanism that could review investments in such advanced Chinese technologies. Such a move would follow restrictions the U.S. announced this month on the sale of semiconductor technology to China and could further blunt the country’s ability to produce advanced chips for military and surveillance applications. U.S. National Security Advisor Jake Sullivan said in a recent speech that national security in A.I. and other emerging technologies are “set to play an outsized importance over the coming decade.”

Keeping current with the mushrooming amount of A.I. research being churned out can be a daunting task. The number of papers published each month in the field doubles roughly every two years. A group of researchers, led by Mario Krenn at the Max Planck Institute, turned to A.I. to better understand the fast-evolving research literature on A.I. “We envision a computer program that can automatically read, comprehend and act on AI literature. It can predict and suggest meaningful research ideas that transcend individual knowledge and cross-domain boundaries,” their new paper said. “If successful, it could significantly improve the productivity of AI researchers, open up new avenues of research, and help drive progress in the field.”

While some tabloids seized on the paper as evidence of “spooky A.I.” that can predict the future, the reality was far more pedestrian if potentially rather useful to researchers. Krenn and other researchers looked at 143,000 papers on A.I. and machine learning between 1992 and 2020, noting when two concepts appeared jointly in paper titles or abstracts, which they treated as distinct nodes in a semantic network. They used machine learning to predict which unconnected nodes would be connected in new papers in the near future. The insights could potentially not only make it easier to stay abreast of research trends in A.I., but could also suggest research concepts topics for human scientists to pursue.

With Tesla stock set to fall, Elon Musk made his boldest prediction to date
—by Christiaan Hetzner

The 11 most promising health tech startups, according to Silicon Valley VCs
—by Lucy Brewster

Dirty shrimp farms are punching a huge hole in the environment. A.I. could cut it in half
—by Matt Whittaker

A.I. generated art continues to disrupt the age-old process of creating and displaying images. The latest example is Shutterstock’s announcement today that it will start selling A.I.-generated stock imagery using OpenAI’s text-to-image model DALL-E 2. This isn’t the first partnership between the two: Last year, Shutterstock sold images and metadata to OpenAI to help train DALL-E. That move may have seemed shrewd to Shutterstock at the time, but it quickly became clear it could also undercut its business model as A.I.-generated images based on its photo inventory could be created at a much lower cost than a subscription to a stock photo service.

Shutterstock is responding to the threat of disruption by joining it. “We recognize that it is our great responsibility to embrace this evolution,” Shutterstock CEO Paul Hennessy said in a statement. That may not be welcome news to the photographers and digital artists who labor to create the images that trained DALL-E and must now compete with the fruits of that training. Shutterstock says it will reimburse creators whose works are used in training models. Artists and photographers have complained for years about the meager fees they receive in royalties from digital photos.

Hennessy is right about the evolution in creative media that A.I.-generated works are both catalyzing and accelerating. The debate over how it will affect artists, photographers and even musicians has grown louder in recent months, with some arguing that the technology will make it even harder for creators to eke out a living, while others maintain the tools could enhance their ability to brainstorm or inspire new works. With legal recourse limited—copyright law may cover original works but doesn’t protect the artistic style that DALL-E can draw on—many artists are seeking strength in numbers by joining guilds.

“It’s the Wild West at the moment,” Liz DiFiore, president of the Graphic Artists Guild told Artnet. “People are primarily worried about their jobs. Wages have been decreasing over the years, and infringement is probably the biggest reason why illustrators are seeing the value of their work fall.”