I proudly wake up at 8:59 a.m., one minute before starting my remote work job. There are thousands like me, and we don’t care what you think 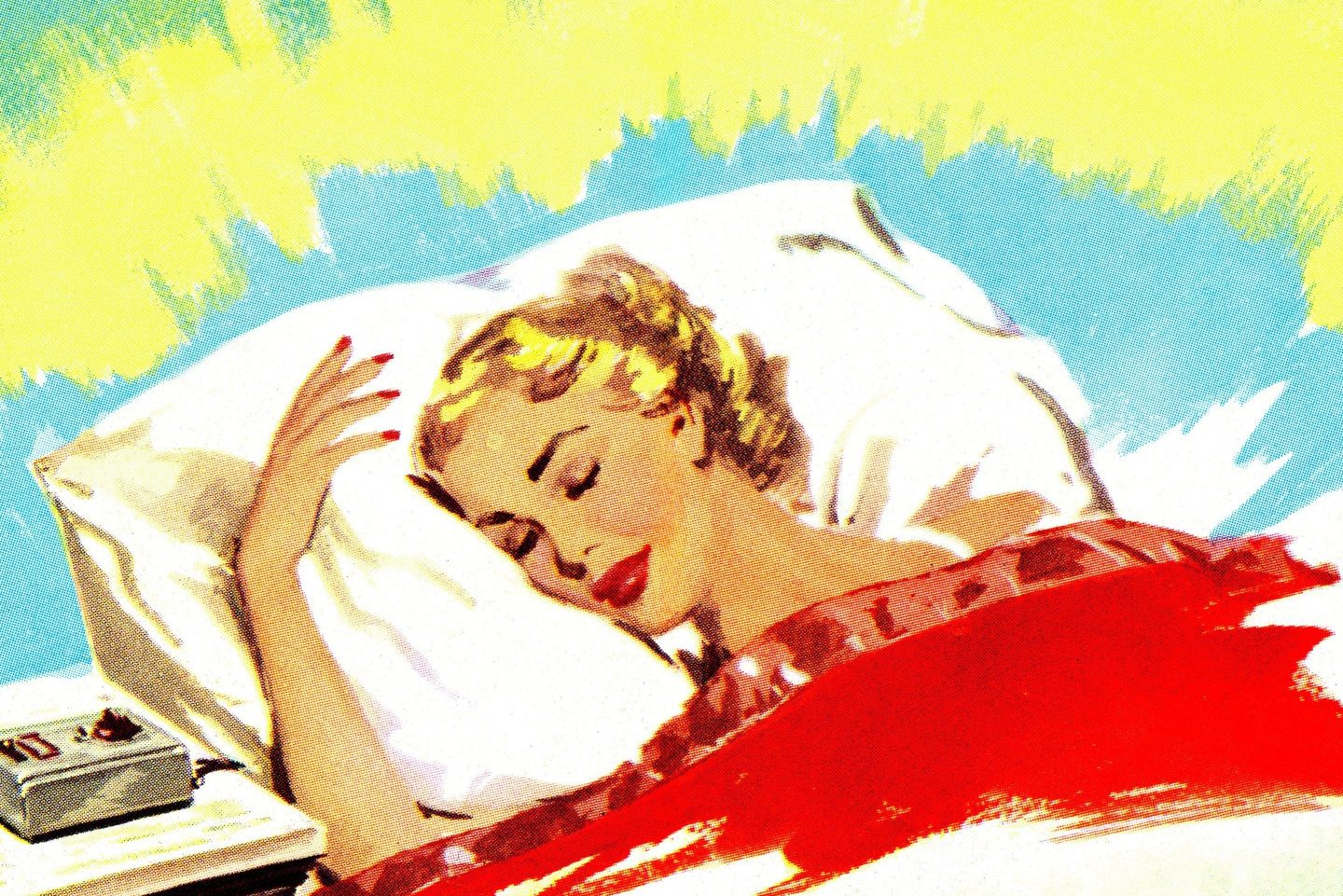 I’m up within 30 seconds and, albeit horizontally, on Slack, opening emails and getting oriented for my workday, which formally starts at 9. A lull in the action comes maybe 30 minutes later, so I’ll roll out of bed, brush my teeth, and begin resembling a civilized person.

Arguably it’s an improvement. At my last job, my alarm went off nine minutes before a daily 9:30 a.m. on-camera brainstorm that required me to prepare notes. A friend recently balked at my tendency to sleep until minutes before the workday kicks off, shaken by the fact that the first things my brain registers each morning are an influx of business chatter and a cacophony of Slack pings.

“You don’t sit up first, or look out the window?” she asked, looking slightly afraid of me.

Nope! I want every last millisecond of sleep I can get, and there is no part of a blissful, sun-drenched morning routine that I’d put before an extra 40 minutes of my head on the pillow. It may sound unprofessional, but if you’re not wired to be a morning person, there’s nothing to gain by trying to fight nature.

Our proclivities vary widely as humans, despite the fact that we all share a 24-hour sleep-wake cycle, Chris Barnes, a management professor at the University of Washington who studies the relationship between sleep and work, tells me. Nonetheless, the world is made for the morning larks, leaving the night owls to play an endless game of catch-up.

“We think of [being a night owl] as just a preference, but it’s biological, partly coded in our genetics,” Barnes says. “You can work against it, but you’re fighting uphill, and Mother Nature tends to win that.”

The worst case is chronic sleep deprivation, which Barnes says undermines a “whole ecology of workplace outcomes.” When workers are sleep-deprived, their engagement and job satisfaction plummets. They’re less charismatic, more abusive as supervisors, and more likely to engage in unethical behavior, he explains.

The dozens of like-minded snoozers I found for this article seem to know this is the case for them, from a schoolteacher who has perfected a 15-minute morning routine to a thriving media consultant who never takes off her pajamas.

These accomplished workers are a far cry from the successful CEO stereotype, rumored to wake up before dawn to check emails on the treadmill and meditate before getting to the office two hours before his or her direct reports. But remote work has unraveled the long-held assumptions about decorum and professionalism, blurring the boundaries between work and life. It’s created a cult of 8:59 a.m. professionals who prove the early bird may not always get the worm.

Whoever said that waking up at the crack of dawn was key to success was wrong. Just ask Vivian Tu, a former Wall Street trader who built her media brand, Your Rich BFF, into a seven-figure business during the pandemic without ever waking up before 9 a.m.

“It’s insane to say people who wake up earlier are morally or physically better; it doesn’t matter what time you get things done,” Tu, 28, tells me. “The mindset that all millionaires are cut from this [early bird] cloth is so silly. I run my business, I’m my own boss, and I employ a team of people who know not to text me before 9 a.m. because I’m not up—and that’s okay.”

As a sleep expert, Barnes hates the “early to rise makes a man healthy, wealthy, and wise” adage that he still sees shared frequently among LinkedIn influencers, CEOs, and startup executives who wax poetic about their elaborate “five to nine before their nine to five.” He says they’re playing into a false impression that early morning work is fundamentally better. He doesn’t buy it.

“Either they’re being a little bit fictional in their depiction of their workday, or they’ve actually changed their lifestyle to match a stereotype, because they know perceptions matter,” he says. “And if they can put out that image, that has positive implications for companies. Some may be night owls forcing themselves against their circadian process to convince others they’re doing what they’re supposed to be doing.”

Barnes found that bosses believe employees who use their flex time to work in the evening are less conscientious and focused than those who use flexible hours in the morning. Those perceptions can impact their performance evaluations, especially if the boss himself is a morning person.

The popular convention of early risers being harder workers and more driven is nonsense to Amanda Pensack, a 33-year-old marketing campaigns manager at a tech company. “My success at work is based on me, not norms,” she says, explaining she does prep in the evenings for her morning calls so she can sleep to the very last minute, which has been integral to finding balance. “I wouldn’t be successful if I had to wake up several hours before logging on [to work].”

Remote work has been a boon for night owls

Being awake and immediately ready to go is how Pensack’s brain has been wired since she was in middle school. “I think [later starts] are becoming more acceptable,” she says. “I don’t think managers care that much about what time exactly you log on; they care about you getting your work done.”

With the number of remote workers tripling to 17.9%, the ability to work from home has helped fuel this mindset shift. It’s been a godsend for people like Pensack, who no longer have to fight against their body’s circadian rhythm when their desk is just feet from their bed and can now free themselves from the pressure of ascribing to the successful early riser stereotype.

While the dramatic cultural switch often negatively blurred the line between personal time and on-the-clock time, the elimination of the daily commute has also meant millions of dollars saved and hours spent waking up, beautifying, and dashing to the train station.

Ruth Kraft, a law firm partner and former judge, is thrilled that Zoom has replaced many in-person meetings, allowing her to sleep in until the last possible minute. It’s a far cry from the pre-pandemic days when she’d leave her Long Island, N.Y., house at 7:30 a.m. to make it to a 10:00 a.m. court appointment in the city.

She even decided against working for a firm in Manhattan to avoid the long commute, choosing one only 15 minutes away. On days when she’s working remotely, “I can get up at 8:45 a.m. and be down the hall at my desk at 8:47 a.m.,” she says. “I’m spending my time on actual productive work.”

It also helps alleviate the stress that comes with working in law, Kraft adds. “As long as you’re ready, on the gun at 9 a.m., however you get there should be perfectly fine,” she says. “In terms of actually doing the work—writing the contracts, negotiating—there’s no reason to get up super early if that’s not your rhythm.”

There’s not one working window that’s best for everyone, Barnes says, “but we have to be willing to move beyond certain stereotypes of what a good employee looks like and look more at the science.”

Barnes urges bosses to respect everyone’s schedules; he’s a strong proponent of asynchronous work wherever possible. His best piece of advice is to reprioritize sleep. “You’re a better employee, spouse, and friend, and better to yourself,” he says. “Everything gets better when you get the sleep you need.”