Fed critics sound off on its disastrous inflation fight and obsession with 2%: ‘Great solution, guys, congratulations. You’ve done a miracle’ 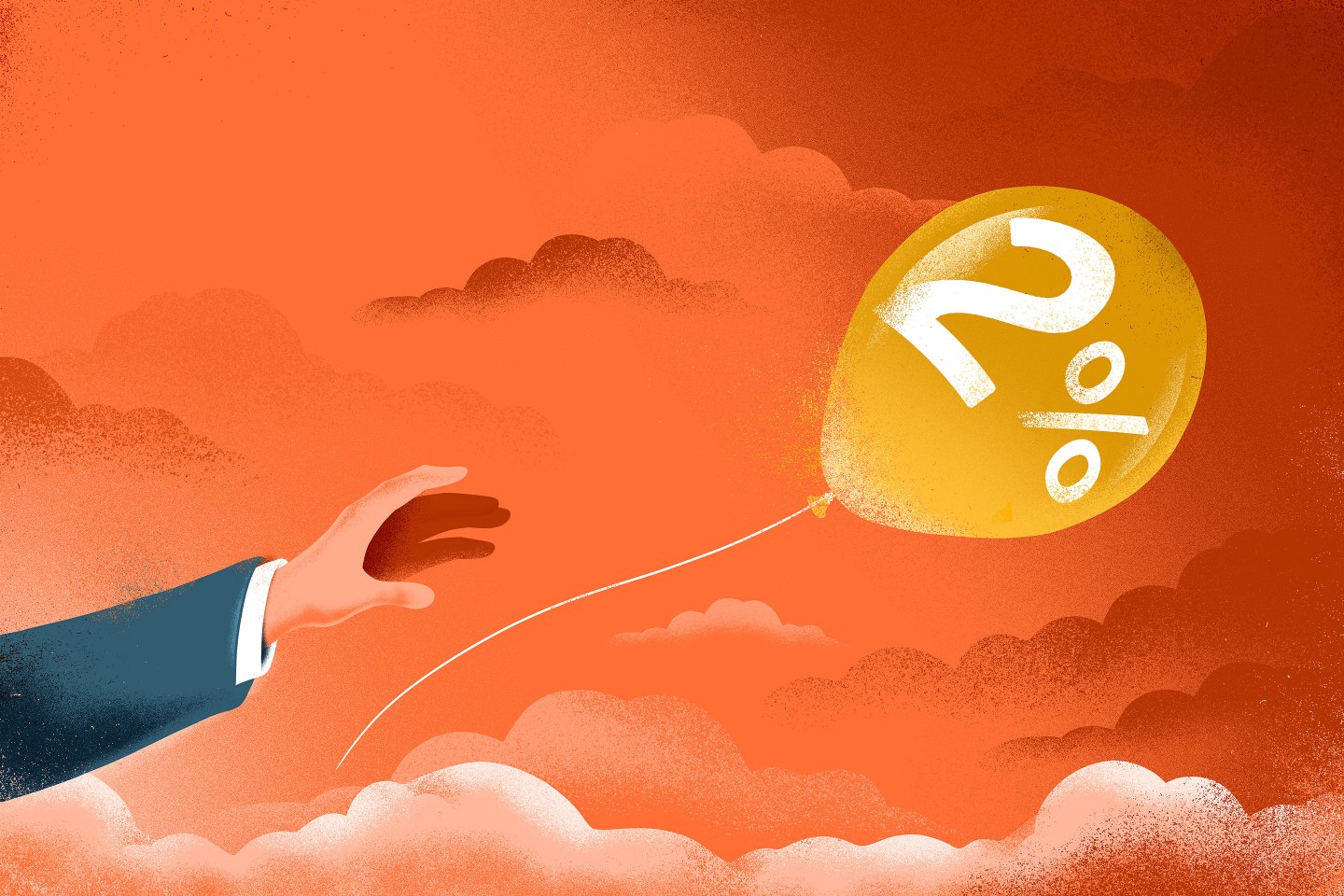 Officials at the Federal Reserve have dealt with their fair share of criticism from top economists and business leaders for characterizing inflation as “transitory,” or temporary, in 2021.

Leading critics of Fed policy, like former Treasury Secretary Larry Summers, argue that Jerome Powell’s loose monetary policies as Fed chair, which were designed to rescue the economy from the COVID-induced downturn of 2020, ended up exacerbating inflation and increasing the risk of stagflation instead.

But in recent months, a new chorus of Fed criticism has emerged. One that argues that the central bank is now too focused on fighting inflation as it seeks to make up for past mistakes.

Fed officials have raised interest rates at the fastest pace since the 1980s this year in hopes of reducing inflation to their 2% target. (In fact, financial historian Adam Tooze thinks it’s the largest coordinated raise of interest rates in history across the world.) But so far they’ve had little success. In September, inflation as measured by the consumer price index, was stuck near a 40-year high at 8.2%.

Many top economists and business leaders think the index is wrong, though, because it misses signs that inflation is coming down. They argue that the Fed is looking at old data representing inflation in the economy from months ago, and not what’s happening on the ground today.

With stock market losses alone wiping out $9 trillion in American wealth so far this year, and global economic growth slowing, prominent economists such as Claudia Sahm and William Spriggs and business leaders like billionaire Barry Sternlicht are worried that the Fed could push the economy into a recession with its rate hikes.

“Their actions already have done enough to slow the economy. You can see it everywhere. Everyone sees it. Except, apparently, the Fed,” Sternlicht, the CEO of private investment firm Starwood Capital Group, told Fortune. “Their numbers are lagging…That’s just not the inflation that’s on the ground today. And to destroy the economy because we’re looking at stale data is repulsive.”

Sternlicht and other top Fed watchers even argue that the Fed’s 2% inflation target is arbitrary.

“There’s nothing written in stone that says inflation is supposed to be limited to 2%. That target was not the result of an economic model that says 2% inflation is the ideal inflation,” Spriggs told Fortune, adding that he believes it shouldn’t be the target at all, considering the current state of rapid technological and climate change.

“There are a whole host of reasons why holding to these old notions isn’t prudent,” he said.

The Federal Reserve has something called a dual mandate, which says its main job is to ensure both maximum employment and maintain price stability.

To accomplish the second part of that mandate, the Fed “targets” a 2% inflation rate. The central bank adopted the explicit 2% inflation target in January 2012, but St. Louis Fed President James Bullard has said there has been an “implicit” inflation target of 2% going all the way back to 1995. And more recently, Fed officials decided to employ average inflation targeting, allowing for more leeway around the 2% figure.

Sternlicht, who boasts a net worth of $4.7 billion, believes that inflation isn’t the bogeyman that many economists make it out to be.

“There’s good inflation and bad inflation,” he said. “Inflation that’s driven by wage growth is actually what we want in this country. We want those who are less successful to participate in economic growth. Growth and inflation that are led by wage gains actually lead to a bigger economy, a bigger pie for everyone, because there’s more consumption.”

Spriggs argued that the economy could “be performing at a higher level” if the Fed refocused on maintaining maximum employment. He likened the situation to a basketball game where a coach has to decide between playing fast (higher inflation) or slow (lower inflation).

“If the basketball team plays at full speed, then these other players would get on the court. We would not lose production. We pick up production, instead of squeaking out of victory,” he said.

Lower inflation means a slower game where fewer people get to play, according to Spriggs. In economic terms, that means less growth.

Sternlicht and Spriggs both went on to argue that by attempting to throttle inflation down to 2% while Europe is in the midst of an energy crisis and the war in Ukraine rages on, Fed officials will end up causing a recession.

“There is no possibility the American economy cannot avoid a recession next year now. Zero,” Sternlicht said.

Sternlicht also warned that over the long term, having an inflation target that is so low increases the risk that the Fed “overshoots,” causing deflation—which can have devastating effects on economies.

“I think 2% as an artificial target may seem like a nice number. But it’s so close to zero. And the problem is, as you go to 2%, you could easily go to minus 2%. You could go into a deflationary world where there’s no demand and too many goods,” he said.

But there are plenty of economists and business leaders, even progressive ones, who believe the Fed should keep its 2% target intact.

Brent Schutte, Northwestern Mutual Wealth Management’s chief investment officer, counts himself in this camp, arguing that if inflation is allowed to stay above the Fed’s 2% target for an extended period of time, it could lead to more volatile business cycles.

“If you let inflation run hot, you have to stomp it out harder,” he said. “That leads to more erratic cycles, more booms and busts.”

George Ball, chairman of Sanders Morris Harris, a Houston-based investment firm with $4.9 billion in assets under management, went a step further, arguing that allowing inflation to remain elevated in excess of 5% would be “an overarching catastrophe for the global economy.”

“I think that society is better served by inflation rates centering around 2% as opposed to anything that’s appreciably higher. Inflation robs everyone, and it particularly robs poor people,” Ball told Fortune. “Two percent is a desirable target and a very healthy one if enough people believe the Fed and the government will take stern enough measures to achieve it.”

Ball went on to reference an analogy that former Fed Chair Paul Volcker used when they worked together at Prudential decades ago.

“The comparison he used was that fighting inflation is like killing a snake,” Ball said. “First, you have to kill the snake, then you have to cut the head off the snake and show it to everybody in the community so that they know the snake is dead.”

Claudia Sahm, the founder of Sahm Consulting and a former Federal Reserve economist, also said that she believes the Fed should maintain its 2% target.

“The Fed is not going to give up on its 2% target, and I think that’s appropriate,” she told Fortune. “They accepted that as a target and said that would be a ‘job well done,’ so I think it would be disruptive for them to say: ‘Oh, actually, we’re gonna redefine job well done.’”

However, Sahm quickly added that the Fed does have a choice when it comes to how fast they get back to 2%.

“There is nothing in the strategic plan for the Fed that says they have to get to 2% next year, or in two years,” she said.

Is the Fed overdoing it?

Sahm believes Fed officials should pause their rate hikes, or at least slow them, and wait for the effects to move through the economy before deciding on their next move.

“What the Federal Reserve is doing right now, is causing a risk of overshooting, that is, bringing inflation down below 2%. They’ve gone so fast and so big, that they’re creating fragility in financial markets,” she said.

Sahm is part of a group of critics who note that the housing market is cooling, commodity prices are 20% off their highs, and consumers’ inflation expectations have dropped back to September 2021 levels, but Fed officials have said that they intend to continue raising interest rates.

Sternlicht argued that they’re doing this because of their reliance on lagging inflation indicators. The billionaire, whose Starwood Property Trust owns roughly 250,000 residential units nationwide, said officials should instead be looking at “real-time data” and talking to business executives.

“All they have to do is call us, and all the other owners of apartments, and we will tell them rents are slowing,” he said.

Sternlicht also noted that the Fed doesn’t have the proper tools to deal with inflation. They can act to slow consumer demand, but increasing the supply of goods and services is out of their purview. He argued that the Federal government could step in and help the situation by increasing legal immigration to grow the labor market.

Ball said the disagreement between economists, business leaders, and the Fed about what policies are best for the U.S. economy ultimately come down to differing beliefs about “the greater good.” One side believes that we should sacrifice jobs to fight inflation, while the other argues that jobs should take precedence, even if the entire economy has to deal with persistent inflation.

He used the analogy of a commander on a battlefield to describe the difficult position the Fed finds itself in.

“It’s a classic tradeoff between sending a battalion in to be slaughtered so that your army can win, or trying in some fashion to minimize the losses in troops, while putting the army overall at a greater risk,” he said.

A recipe for ‘social unrest’ and global recession

Throughout its history, the Federal Reserve has flip-flopped from taking into account the effects of its policies on other countries to essentially ignoring them, according to a 2013 National Bureau of Economic Research paper.

This year, the central bank has largely disregarded the impact of its policies on other major and developing economies. Sahm says 2022 is a remarkably bad time to do that.

“The Federal Reserve is just making a very bad situation worse. They’re making it much harder for developing countries to afford food and energy because all those contracts are in dollars and a lot of countries have to hold their debt in dollars, too,” Sahm said. “We have to recognize right now that the global economy and financial markets are struggling and rate hikes are contributing to that. And that’s yet another reason for us to pause, because if the global economy goes into recession, the United States cannot withstand financial markets going into a tailspin.”

Sternlicht was even more pointed in his criticism, arguing that just when lower-income Americans are finally seeing their wages rise, the Fed is hitting them “with a hammer right on the head.”

“I mean, that’s a great solution, guys, congratulations. You’ve done a miracle,” Sternlicht said with sarcasm in his voice. “Isn’t the Fed’s job to control inflation and create full employment? Right now, they’re all about inflation, they couldn’t give a s**t about employment.”

Sternlicht said he is “terrified” about what’s to come for the U.S. economy, and he fears the repercussions of a severe Fed-induced recession could be devastating for more than just the economy but the whole system of capitalism.

“At the end of the day, the endgame here is social unrest,” Sternlicht said. “The rich guy who loses 30%, he’s still rich, right? But the poor guy who’s working in an hourly job who loses that job, he’s going to say, ‘Capitalism is broken; it didn’t work for me. I lost my job. And this whole system has to go out the door.’ You’re going to have social unrest. And it’s just because of Jay Powell and his merry band of lunatics.”