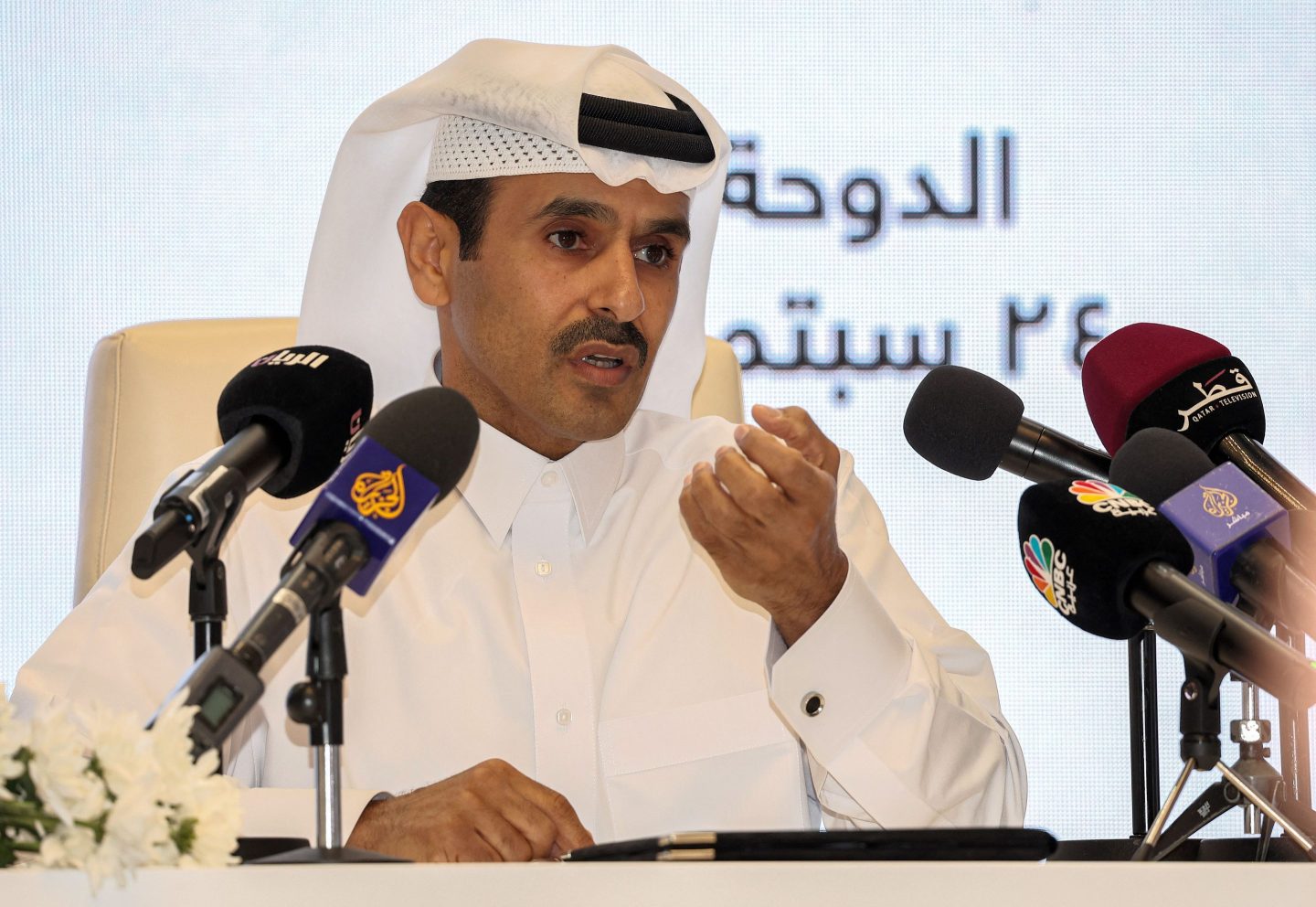 Saad al-Kaabi, Qatar's energy minister, speaks during a signing ceremony with the CEO of TotalEnergies on Sept. 24, 2022.
KARIM JAAFAR—Getty Images

With an energy crisis unfolding in Europe, countries across the continent are filling their gas reserves and bracing for the worst.

Putin’s invasion of Ukraine in February destabilized the global energy market and sent energy prices soaring. Since then, Russia dramatically reduced its supply of natural gas to the continent after it was hit with sanctions.

European leaders from the U.K. to the Czech Republic are getting ready for a long and cold winter, ordinary citizens are doing everything they can to save energy, and small businesses are being hit with monthly utility bills that are 300% higher.

But it could be just the prelude to the real pain, according to Qatar’s energy minister and head of QatarEnergy, Saad al-Kaabi, who said Europe’s energy crisis could be “much worse next year.”

“This coming winter, because of the storage capacity being full, it’s fine,” he told the Financial Times on Tuesday. “[N]ext year and the following year, even up to 2025, are going to be the issue.”

Before the war, the European Union relied on Russia—the second-largest producer of natural gas in the world—for 40% of its supply. For months now, countries across the continent have shifted their focus back to coal and nuclear power to try and soften the blow of its limited energy supply.

Qatar is a former member of OPEC (Organization of Petroleum Exporting Countries), which earlier this month announced it is cutting oil output by 2 million barrels a day. The move will increase oil prices as the global economy continues to battle stubbornly high inflation.

But even as Europe tries to cope with its deepening energy crisis by looking to other forms of energy, Kaabi said if the war in Ukraine continues and there’s a complete halt of Russian supply, Europe’s energy crisis could extend into 2025.

“If that’s the case, then I think the problem is going to be huge and for a very long time,” he said. “You just don’t have enough volume to bring [in] to replace that gas for the long term, unless you’re saying, ‘I’m going to be building huge nuclear [plants], I’m going to allow coal, I’m going to burn fuel oils.’”

Qatar is the world’s leading exporter of LNG (liquified natural gas), a form of energy that Europe has turned to since Russia cut its supply. But despite the surge in European LNG imports, it still doesn’t make up the difference—and negotiations between Europe and Qatar have led to “huge competition” with Asian importers, Kaabi said. Even so, increasing supply would mean building more pipelines, which can take several years to complete.

In the meantime, European countries are focusing on demand and consumption internally. Germany, Spain, and France have cut heating in some areas of public buildings, banned outside lighting for buildings and monuments, and lowered the minimum temperature for office buildings.