Exclusive: Nordstrom CFO Anne Bramman explains why she decided to step down after guiding the company through the pandemic 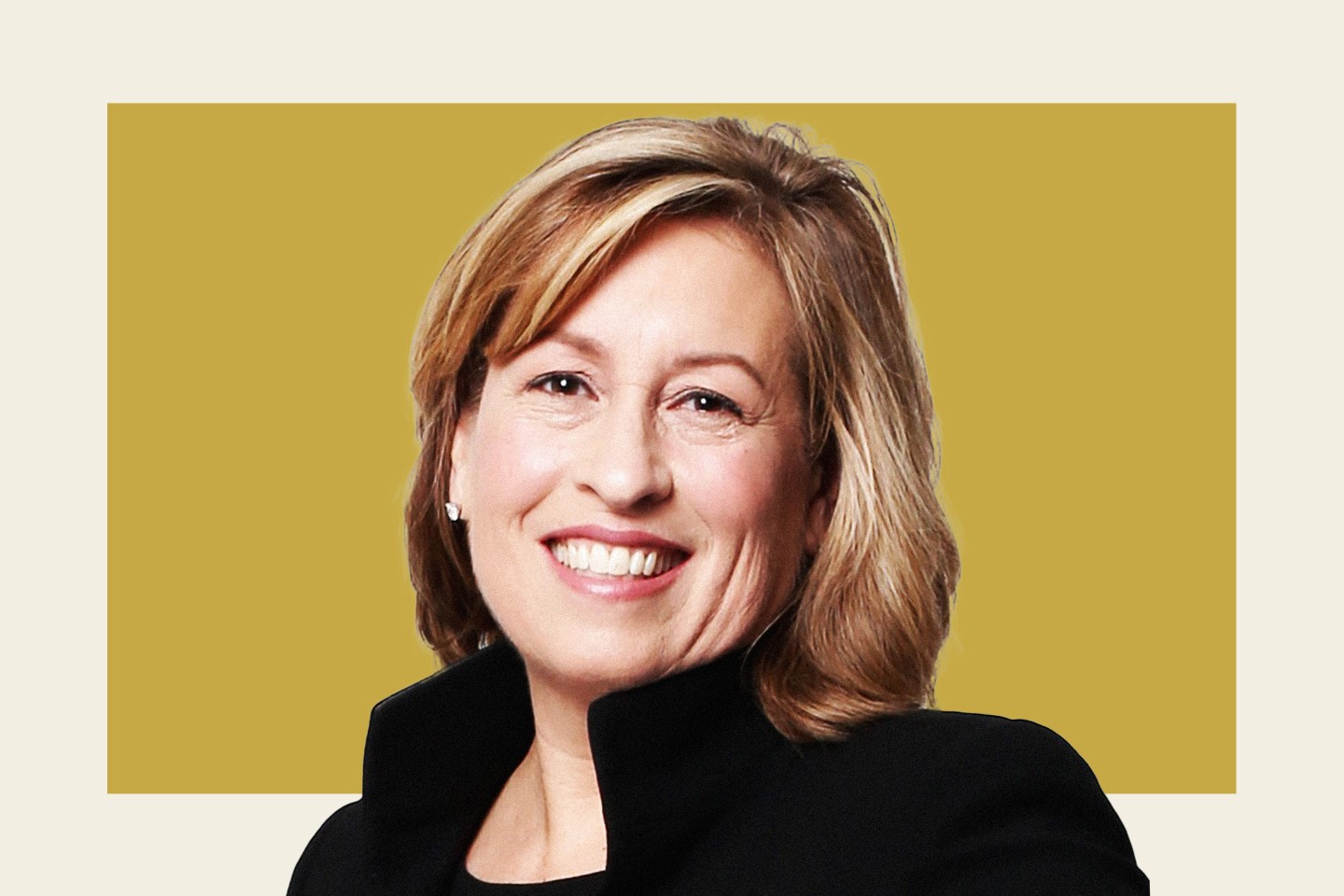 Last week, Nordstrom CFO Anne Bramman was among the finance chiefs on a panel session that I moderated about the evolving role of CFOs. And this week, Bramman talks with me about her latest life update.

After more than five years, she has decided to step down from her role as CFO. Nordstrom made the announcement on Monday evening. I spoke with Bramman on Tuesday.

“I’m grateful for the opportunity, but I’m ready to do something different with my career,” she told me. “I’m really looking to take on the next chapter. I’m not sure what that’s going to look like. I’m going to take a quick sabbatical and spend some time with family and friends.” And at the helm of finance at a retail company, “I’ve never had the holidays off, so I’m really excited by that.”

Although she’s still deciding on her next step, “What I am focused on is moving to a company to build and grow a business and a leadership team,” she told me.

Bramman will remain with Nordstrom through the reporting of the company’s third quarter 2022 financial results. Her last day will be Dec. 2.

“Since she was named CFO in 2017, Anne’s leadership has been vital in helping us in many areas, particularly navigating the numerous challenges of the last few years,” Nordstrom, Inc. CEO Erik Nordstrom said in a statement. “As a result of Anne’s guidance through the pandemic, Nordstrom has the financial strength and flexibility to successfully manage through a changing environment.”

Nordstrom reported in August Q2 earnings of $126 million, an increase from $80 million in the same quarter last year. In addition, net sales also increased 12% to $3.99 billion, compared to $3.57 billion last year during the same period.

“The retail sector is facing headwinds this holiday season and into 2023,” Hilding Anderson, head of retail strategy for North America at Publicis Sapient, a digital consulting company, told me. “For Nordstrom, they seem well positioned to recognize revenue growth from their core business, and have a strong holiday season on the backs of higher-income consumers, although their Nordstrom Rack business will see higher discounts and lower velocity.”

‘Leave it better than you found it’

Bramman says she had been pondering the decision for a while, but felt now was the time to step down. “I’ve been having conversations with Erik and Pete [president and chief brand officer at Nordstrom],” she explained. “I felt a couple of things. One, the company, financially, was in a solid position. We’ve really gotten ourselves into a good situation coming out of the pandemic. The cash flows are strong.”

From a financial health perspective, Nordstrom is in “a great place to weather the storms out there,” Bramman says. “We’re coming off a couple of good quarters,” she says. “We’ve maintained our guidance for the second half of the year.”

Bramman also believed her team was prepared to continue Nordstrom’s momentum. “I’ve worked really hard to build a team, and it’s never been stronger,” she says. In particular, Bramman has been working to develop Michael Maher, Nordstrom’s SVP and chief accounting officer, to take on interim roles, she says. “I felt like the company was in good hands as they thought through what they wanted in the next CFO position.” Maher was appointed interim CFO upon Bramman’s departure. Nordstrom has begun an internal and external search for a permanent finance chief.

Looking back at her five and a half years on the job, “I certainly saw some things I never thought I would see, and took on some challenges,” Bramman told me. Flexibility was key.

“I was on my fourth day on the job, and Blake Nordstrom pulled me aside and said, ‘The family’s thinking about maybe going private.’ So, that was week one.” But Nordstrom wound up remaining public. The brand, the culture, the customer focus, and a company motto, “‘Leave it better than you found it,’ are all pieces that I’m going to take with me no matter where I go,” Bramman says.

I asked her what she’ll do on her first official day off. “I’m a triathlete,” she says. “I completed my tenth Half Ironman a couple of months ago. I’ve done Ironmans as well. So, I suspect it will probably be something around biking, cycling, or running.”

More news on women in leadership: Stephanie Ferris tapped as next CEO of FIS, making her one of the most powerful women in fintech

Event: Join us for Fortune’s Emerging CFO event, “Rethinking KPIs in the Digital Era,” from 11 a.m.-noon ET today. This virtual discussion, in partnership with Workday, will discuss strategies to measure how value gets created today and the importance of agile systems that enable cross-functional collaboration and broader integration of your people and finance data. Speakers include Harmit Singh, EVP and CFO, Levi Strauss & Co.; Alka Tandan, CFO, Gainsight, Inc.; and Michael Schrage, Research Fellow, MIT Sloan School Initiative on the Digital Economy. Click here to register!

In the third quarter of 2022, M&A activity continued to decrease in the U.S. and Canada, according to a report by S&P Global Market Intelligence. Less than 4,700 deals were announced in the U.S. and Canada between July and September. It's the lowest number since the second quarter of 2020 during the onset of COVID-19, the research found. The total transaction value was $255.48 billion, down 58.4% year over year and 44.6% lower than in Q2, S&P Global Market Intelligence noted.

"What outperformers do differently to tap internal talent," a report in the MIT Sloan Management Review, highlights research that shows lateral mobility can benefit employee satisfaction and employer performance. "Talent mobility outperformers" are organizations with higher internal lateral mobility rates. "While often overlooked as a lever for talent, offering employees lateral moves can be an untapped gold mine for companies," according to the researchers.

Jonathan Batarseh was named CFO and treasurer at Charah Solutions, Inc. (NYSE: CHRA), a provider of environmental services and byproduct recycling, effective Oct. 17. Batarseh is a licensed CPA with more than 20 years of experience. He joins Charah Solutions from Brown & Root Industrial Services, where he was CFO. Before that, Batarseh served as VP of Tax at KBR and in senior financial leadership roles at companies including The Shaw Group and Atkins.

Sandra Bell will retire as CFO of Tiptree Inc. (Nasdaq: TIPT), which allocates capital to select small and middle market companies, effective March 31, 2023 (or following the filing of Tiptree’s 2022 Form 10-K). Bell joined the company in 2015. Scott McKinney will succeed Bell as CFO. McKinney was promoted to deputy CFO in April and previously served as director of financial planning and analysis. Before joining Tiptree in 2016, McKinney worked in various finance executive positions at General Electric Company.

"When the Fed moves real and nominal rates around, that has a spillover effect on financial institutions and their borrowers that the Fed better not ignore. The Fed left rates too low for too long with no spinouts going around the track. Now, they have to ease on the brakes. But if they slam on the brakes, they will cause a crash."

— University of Chicago professor Douglas Diamond on inflation and the Fed’s attempts to tame it, as told to Fortune. Diamond just shared the Nobel Prize in Economics with former Fed Chair Ben Bernanke and Philip Dybvig of Washington University.