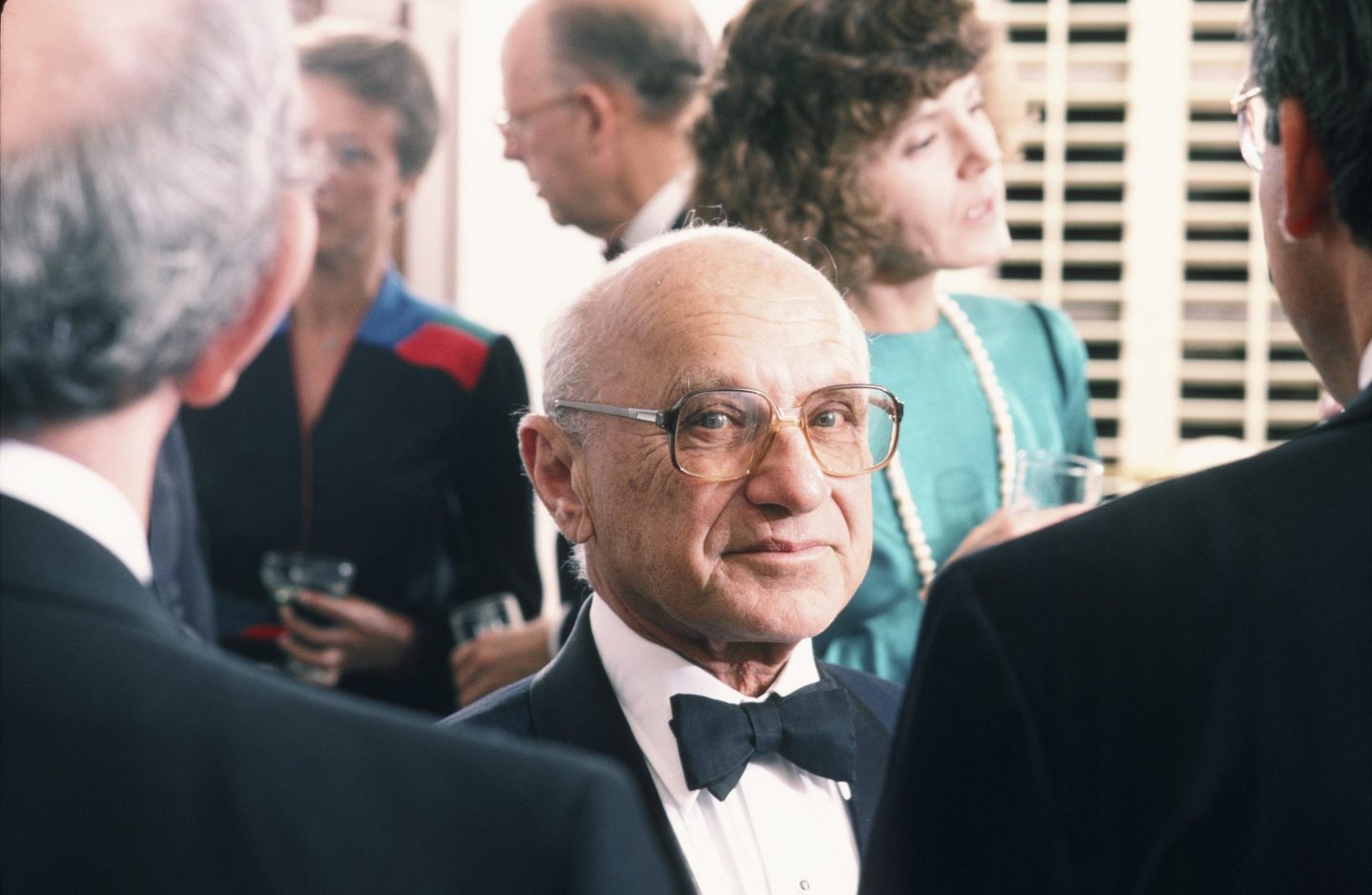 A bitter battle between “stakeholder” and “shareowner” capitalists is heating up again, with BlackRock CEO Larry Fink and entrepreneur Vivek Ramaswamy pitted against each other. If Milton Friedman had anything to say about it, however, Fink and Ramaswamy would be locking arms rather than trading blows.

Like most conflicts, the perennial stakeholder-vs.-shareowner controversy is born largely of a misunderstanding. Milton Friedman’s famous 1970 essay never stated corporations should maximize profits at all costs. Instead, he wrote they should “make as much money as possible while conforming to the basic rules of society, both those embodied in law and ethical custom.” Friedman also said shareowners are the final arbiters of relevant rules and customs. “In a free enterprise, private property system, a corporate executive is an employee of the owners of the business.”

Since 1970, shareowners have broadly operated as Friedman would hope. They have repeatedly intervened to improve their own long-term welfare.

For example, in the ’70s, the bankruptcy of Penn Central and repeated corporate bribery scandals led shareowners and the SEC to require independent audit committees. It worked. No corporate bankruptcy larger than Penn Central’s took place for more than three decades, until Enron’s, in 2001. In the ’80s and ’90s, institutional investors led by public pension plans like Calpers imposed performance-based executive pay guidelines and poison-pill takeover protections, in an effort to mute excesses in CEO pay and hostile takeovers. Victor Posner—who was once reported to “have the arrogance of a banana republic dictator”—had grown infamous for buying corporations like Sharon Steel and paying himself multiples of what his aggressed targets earned. No more.

From 1991 to 1993, underperforming CEOs at Westinghouse, American Express, IBM, Kodak, and General Motors were removed through the actions of their shareowners, not their boards.

In the past few years, shareowner resolutions have focused more on environmental and social concerns. In 2021, 81% of Dupont’s shareowners supported a proposal requiring the company to disclose how many of its plastic pellets end up in landfills and oceans each year (apparently, about 10 trillion). In the same year, 95% of Wendy’s shareowners required management to join the “fair food program” to support safer working conditions in the COVID era, something most other fast-food companies had already done.

Each of these shareowner interventions shares the same broad cause and effect: In every case, shareowners imposed some short-term cost in exchange for more probable, long-term gains. One can also appreciate why. Most shareowners are future pensioners, plan sponsors, insurance companies, or sovereign wealth funds—i.e., individuals or institutions with long-term liabilities. Their financial needs span generations of corporate leadership, not just the next few quarters. Most shareowners want their long-term welfare to be maximized.

The stakeholder paradigm has always rested on shaky ground. Corporations shouldn’t risk displacing essential growth priorities with potentially superfluous, tenuous, fleeting, and/or socially divisive ones. Stakeholder capitalists have no proven optimization models or track record upon which they could base any broad competency claims.

The same cannot be said of shareowners. They have the legal right to order corporate bosses around coupled with a proven record of success. That’s why Friedman wanted the buck to stop with shareowners, not stakeholders. Shareowners bear the direct consequences of their orders. Incentives are aligned.

It’s a sign of the times that the stakeholder-vs.-shareowner debate has been resurrected. Contrived “red-vs.-blue” conflicts are a pernicious, modern affliction. Besides, avid students of corporate purpose know this debate was effectively resolved 17 years ago—by none other than Milton Friedman and Whole Foods CEO John Mackey.

In a friendly 2005 symposium on the topic with then 96-year-old Milton Friedman, John Mackey stated, “Free-enterprise capitalism is the most powerful system for social cooperation and human progress ever conceived.” Friedman unhesitantly agreed. “The differences between John Mackey and me regarding the social responsibility of business are…rhetorical. Strip off all the camouflage and it turns out we are in essential agreement.”

Today, shareowners legally insist companies make as much money as possible. They further expect executives to do so in a manner that is socially and environmentally sustainable. Why? Because the concepts of social and environmental consciousness have increasingly become our ethical norms, as Milton Friedman anticipated.

Stated more simply, there are no substantive differences between stakeholder welfare and long-term shareowner welfare. Larry Fink and Vivek Ramaswamy can live in peace, after all.

Terrence R. Keeley is the CEO of 1PointSix and the author of  Sustainable by Columbia University Press.