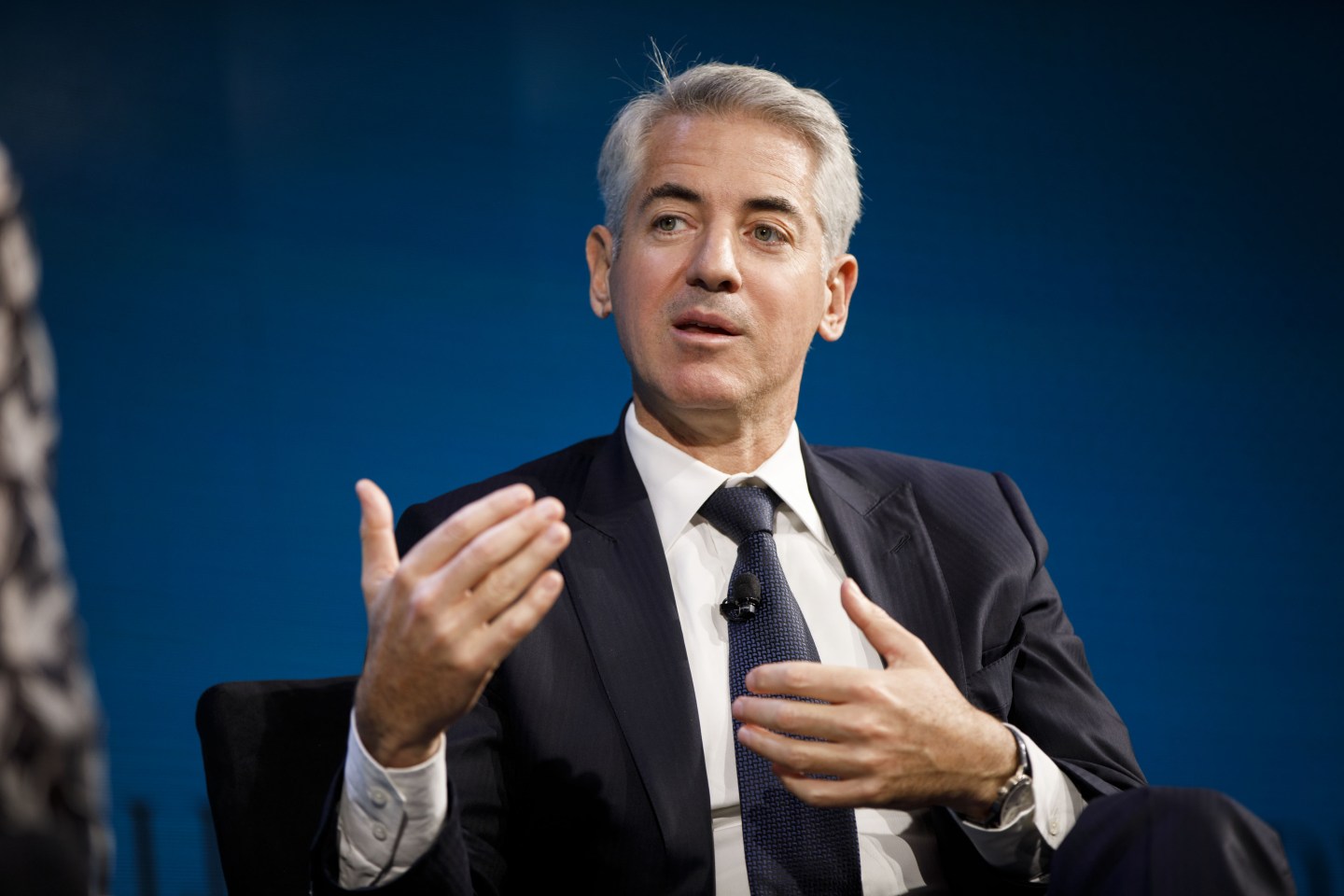 Billionaire investor Bill Ackman has joined industrialist Elon Musk in openly saying that Ukraine should surrender any claims over Crimea in exchange for an end to hostilities with Russia.

The Pershing Square hedge fund manager is the latest wealthy businessman to favor a cease-fire, urging U.S. military support continue only so long as Ukraine needs to return its borders to what they were prior to the invasion in February—but after Russia’s annexation of Crimea eight years ago.

“If we return to the status quo ex ante [sic] 2/24, Russia is not rewarded for its aggression and Ukraine can immediately begin to rebuild with support from the West,” he posted late on Sunday. “Thousands of lives will be saved and resources can be invested to rebuild Ukraine rather than in a war that will only lead to more destruction and death.”

Crimea was illegally seized by Putin in 2014 in a move that Russia claimed was to protect the ethnic Russians that comprised a majority of its population. Ukraine has never relinquished its claims, and the UN voted overwhelmingly against recognizing the annexation. The land grab was a response to the Euromaidan revolution, in which Ukrainians protested successfully for closer ties with the West rather than Putin’s Russia.

Ukraine had been in possession of a nuclear deterrent in the immediate aftermath of the breakup of the Soviet Union, but the newly independent country agreed in the early 1990s to surrender its stockpiles in exchange for security guarantees by Russia.

Musk and venture capitalist David Sacks, a former PayPal senior executive, have recently been arguing in favor of an end to hostilities involving Ukraine concessions to major Russian demands.

Sacks argued in a series of tweets on Sunday that the U.S. should propose an armistice based on the territory that existed before the Ukraine invasion, and Ukraine should promise not to join NATO.

Late on Sunday night, Ackman supported Sacks’ call that the military alliance guarantees Ukraine would not be allowed to join.

“Ukraine has proven it can defend itself without NATO membership. Properly armed it will deter future aggression,” he wrote.

“If there is a viable path to peace, we should pursue it,” he added.

Musk’s initial “peace” plan was immediately met with backlash when he posted it on Twitter in early October.

“Which @elonmusk do you like more?” Ukraine’s President Zelensky asked in a Twitter poll similar to the one that Musk posted. “The two choices? One who supports Ukraine, and one who supports Russia.”

Ukraine’s former ambassador to Germany was even more blunt.

“F— off is my very diplomatic reply to you,” Andrij Melnyk wrote on Twitter.

And on Monday, in an interview with Politico, former top U.S. diplomat Fiona Hill accused Musk of “transmitting a message for Putin,” who she said was adept at playing on the “egos of big men.”

‘Attack on the western world’

On Monday, Musk reiterated his view that the Crimean peninsula was a red line for the Kremlin—one for which they would risk mutually assured nuclear annihilation if need be.

He posted the tweets in response to an op-ed that Sacks had written for Newsweek writing about Musk’s first much-pilloried tweets earlier this month. Sacks’ essay, published a day after Musk’s early October tweets, is titled: “The Neocons and the Woke Left Are Joining Hands and Leading Us to Woke War III.”

Not all business tycoons were pushing for Ukraine to agree on a cease-fire with Russia, a country that under Putin has not been a reliable partner for peace.

The CEO of the world’s most valuable bank, for example, likened the threat from Russia to the Japanese attack on Pearl Harbor. JPMorgan Chase’s Jamie Dimon said last week in London liberal democracies need to prove they can rise to the threat lest they embolden autocratic regimes like Russia or China.

“It’s really an attack on the Western world,” he said. “If we don’t get this one right, that kind of chaos you can see around for the next 50 years.”

Putin however, does not appear to be backing down. Instead of paying talk of a cease-fire any heed, he has mobilized conscriptions and dispatched tank echelons to Belarus for a possible attack from the north after Kyiv seized key rail links in the eastern Donbas.

Over the weekend, the Washington Post reported Putin struck a deal with pariah state Iran, currently facing its own uprising, to procure cruise missiles capable of striking targets as far as 700 kilometers away.