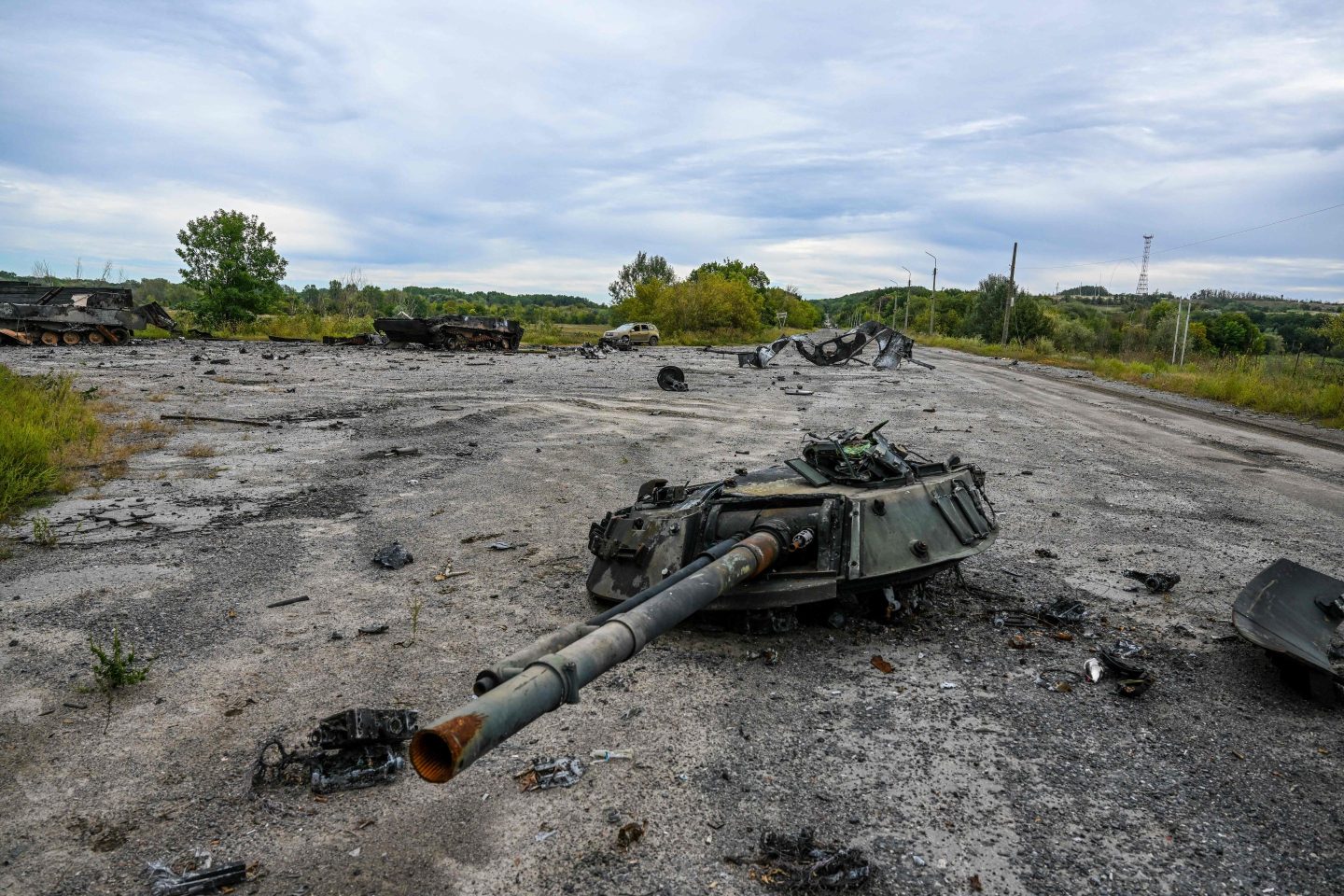 Russia’s defense ministry on Saturday framed a troop withdrawal from two areas in Ukraine as a regrouping. A military expert called it a rout.

“It looks like the last few days have been the most consequential of the Ukraine War,” military expert Mike Martin wrote in a Twitter thread Saturday. “After what we’ve seen over the last 72 hours the collapse of the Russian armed forces in Ukraine doesn’t seem a long way away.”

The Russian move—relocating troops from the Balakliya and Izyum areas of the eastern Kharkiv region to the Donetsk region—follows a lightning counteroffensive by Ukrainian forces.

“The Russians fled Izyum in what can only be described as a rout,” wrote Martin, a former British army officer who served multiple tours in Afghanistan as a political officer. “The Ukrainians have just fought a brilliant piece of combined arms maneuver.”

Ukraine’s military prowess has taken a toll on Russian morale, according to the Institute for the Study of War, which wrote on Thursday: “Ukrainian successes on the Kharkiv City-Izyum line are creating fissures within the Russian information space and eroding confidence in Russian command to a degree not seen since a failed Russian river crossing in mid-May.”

Igor Konashenkov, a spokesperson for the Russian defense ministry, said Saturday the move was made “to achieve the stated goals of the special military operation to liberate Donbas,” according to the Associated Press. A similar claim, however, followed Russia’s failure to capture the capital Kyiv earlier this year.

“Russian forces were likely taken by surprise,” the British defense ministry said Saturday, adding the area retaken was only lightly held. “Ukrainian units are now threatening the town of Kupiansk; its capture would be a significant blow to Russia because it sits on supply routes to the Donbas front line.”

Martin, too, noted the significance of the counteroffensive for Donbas, writing: “Russian units are now reportedly trying to relocate to the Donbas. Once they get there they have to contend with the loss of Izyum and Kupyansk—the two railway hubs for that side of the country…the Russians will not be able to conduct offensive operations in the Donbas anymore until (if ever?) they reconfigure their logistics.”

Russia’s military woes in Ukraine come amid signs of crumbling support for Russian President Vladimir Putin. On Friday municipal deputies in a Moscow district called on Putin to resign, saying he’s taken Russia back to the Cold War era.

Earlier this week, lawmakers in St. Petersburg demanded that Putin be impeached and charged with high treason over his decision to invade Ukraine. They were promptly summoned to a police station on a charge of discrediting the country’s armed forces.