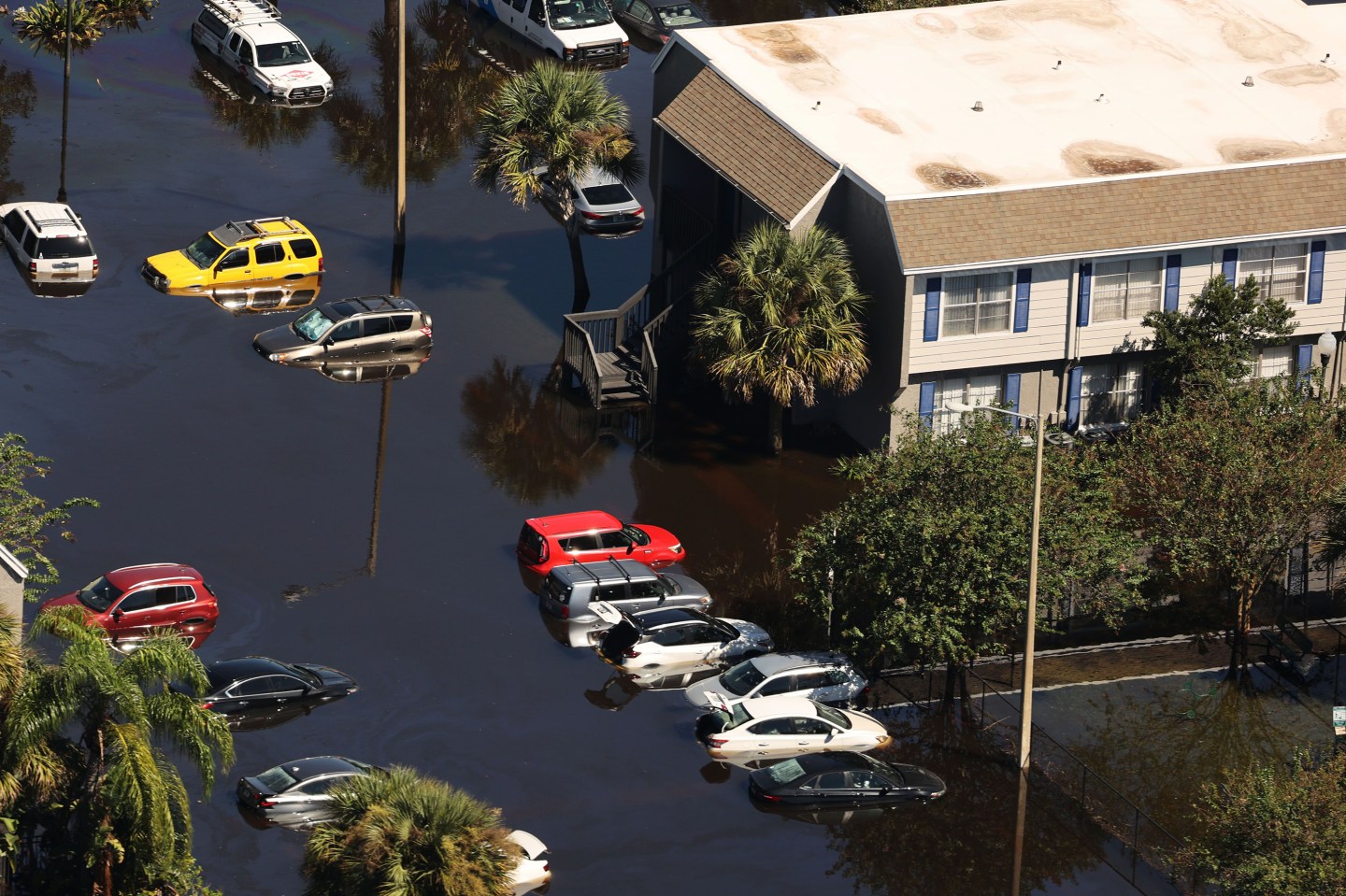 It sounds counterintuitive, but electric vehicles that have been submerged in salt water can catch fire. That’s proved to be a problem in Florida in the aftermath of Hurricane Ian, which flooded parts of the state last month.

Now Florida officials are seeking answers. This week, U.S. Senator Rick Scott wrote about the issue to the Department of Transportation and electric-vehicle makers. In a letter addressed to Transportation Secretary Pete Buttigieg, Scott wrote:

In addition to the damage caused by the storm itself, the saltwater flooding in several coastal areas has had further destructive consequences in the aftermath of Hurricane Ian by causing the lithium ion batteries in flooded electric vehicles (EVs) to spontaneously combust and catch fire. This emerging threat has forced local fire departments to divert resources away from hurricane recovery to control and contain these dangerous fires. Car fires from electric vehicles have proven to be extremely dangerous and last for a prolonged period, taking in many cases up to six hours to burn out. Alarmingly, even after the car fires have been extinguished, they can reignite in an instant. Sadly, some Florida homes which survived Hurricane Ian have now been lost to fires caused by flooded EVs.

Scott asked Buttigieg what guidance his department has provided—or asked EV makers to provide—to consumers, as well as what protocols it’s developed for the carmakers themselves.

Electric vehicles “may be a ticking time bomb”

Jimmy Patronis, Florida’s chief financial officer and state fire marshal, also weighed in on the issue. Last week he wrote to Jack Danielson, executive director of the National Highway Traffic Safety Administration, asking for “immediate guidance” and noting, “In my experience, Southwest Florida has a significant number of EVs in use, and if those EVs were left behind, exposed to storm surge, and sitting in garages, there is a risk of fires.”

He noted that based on his research, “much of the guidance on submerged vehicles does not address specific risks associated with exposure of EVs to salt water.” He added that earlier this month, “I joined North Collier Fire Rescue…and saw with my own eyes an EV continuously ignite, and continually reignite, as fire teams doused the vehicle with tens of thousands of gallons of water.”

He also warned that “EVs may be a ticking time bomb.”

On Twitter, Patronis shared a video of firefighters trying extinguish a burning Tesla. He wrote in the tweet, “There’s a ton of EVs disabled from Ian. As those batteries corrode, fires start. That’s a new challenge that our firefighters haven’t faced before. At least on this kind of scale.”

In a reply to Patronis, Danielson wrote:

Test results specific to saltwater submersion show that salt bridges can form within the battery pack and provide a path for short circuit and self-heating. This can lead to fire ignition. As with other forms of battery degradation, the time period for this transition from self-heating to fire ignition can vary greatly.

It may be helpful for persons who are not involved in immediate lifesaving missions to identify flooded vehicles with lithium-ion batteries and move them at least 50 feet from any structures, vehicles, or combustibles.