3 ways to improve diversity in the board room 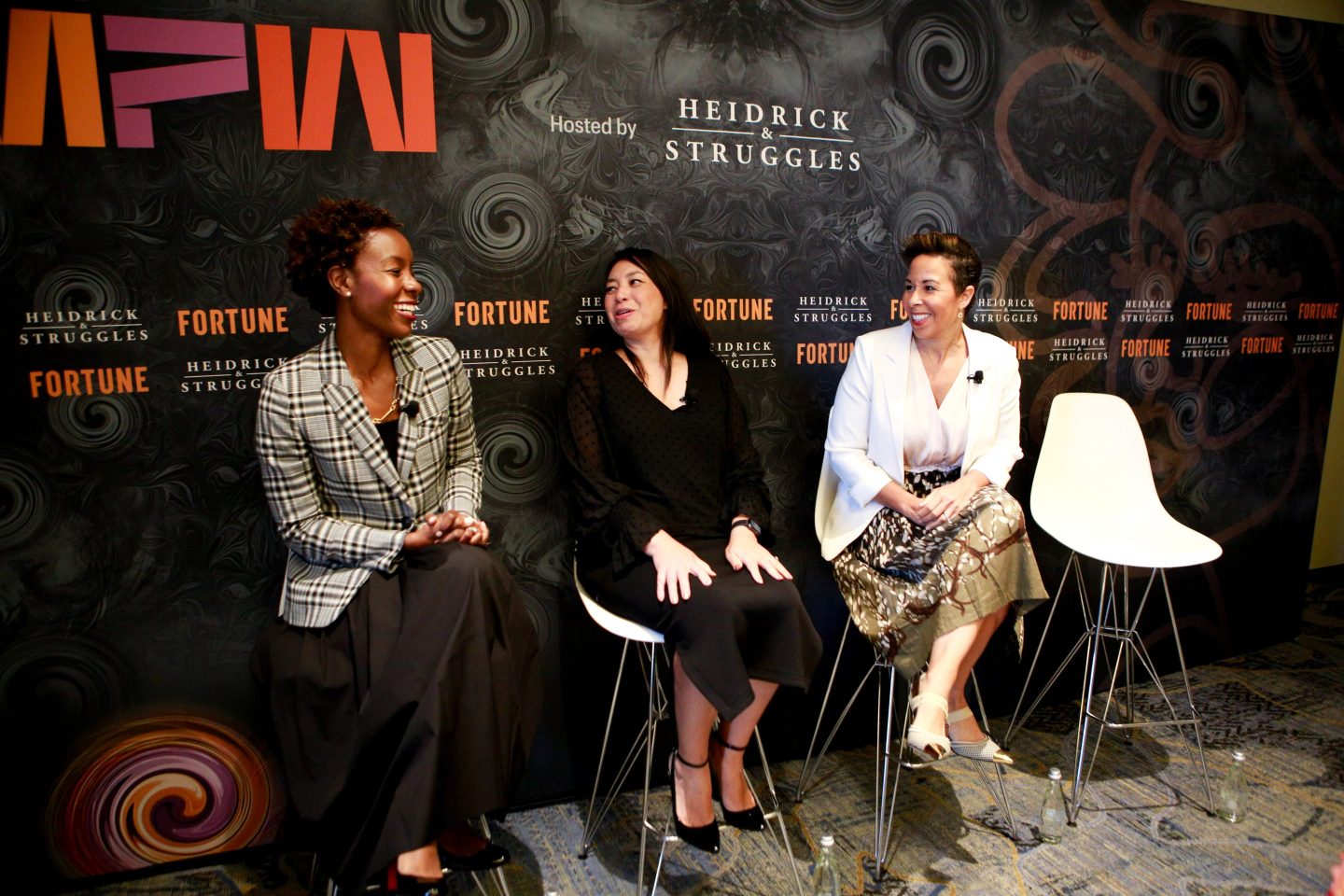 While it’s much more common to find women, people of color, or those from other underrepresented groups on boards of directors than it used to be, there’s still a lot of ground to be made up.

But to be in a position to take advantage of that growing interest in diversity, there are steps you’ll need to take to make yourself stand out. Speaking at Fortune’s Most Powerful Women Summit in Laguna Niguel, Calif. on Tuesday, three high-profile board members discussed the importance of diversity and how women and people of color can position themselves to be noticed.

“The only thing different between women who have been on boards and those who haven’t is strictly having had the opportunity,” said Peggy Alford, executive vice president of global sales and customer success at PayPal as well as a board member at Macerich and Meta. “It has nothing to do with skill sets. There are so many women that are ready to be any one of a number of boards, and they just haven’t gotten that call yet.”

One way to do that is build experience that others lack.

“Having diversity of thought and experiences is really important,” said Michelle Weese, executive vice president of corporate affairs at Bristol Myers Squibb and a board member at Krispy Kreme. ”People have to trust you when you have more expertise than other board members…That’s something you bring to the table. So it’s really important to remember the role you play.”

Jaimee Eddington, a partner at Heidrick & Struggles, said it’s also smart to actively engage with someone you know is on the board. Be present in their minds for when opportunities arise, and let your network know you’re interested in joining a board.

And, critically, learn how to present to a board and be familiar with their operations, whether via asking to speak or engage with the board or by taking part in a training program, such as the ones offered by the National Association of Corporate Directors. That’s something too many people overlook.

“That’s one the first questions we ask,” Eddington said. “Have you ever been on a board? Have you ever presented to a board? Do you even know what goes on in a boardroom? And some people say, ‘No, but can I be on a board [anyway]?’”

Diversity is increasingly important, regardless of how people get nominated to boards, the panel stressed. It opens doors for women and others that might otherwise remain closed. And it helps expand diversity company-wide, as underrepresented groups have a voice at the table.

“Culture is starting to play such a big role in how a company performs,” said Alford. “It’s really important as far as engagement in whether or not that whole company can perform to its truest potential.”