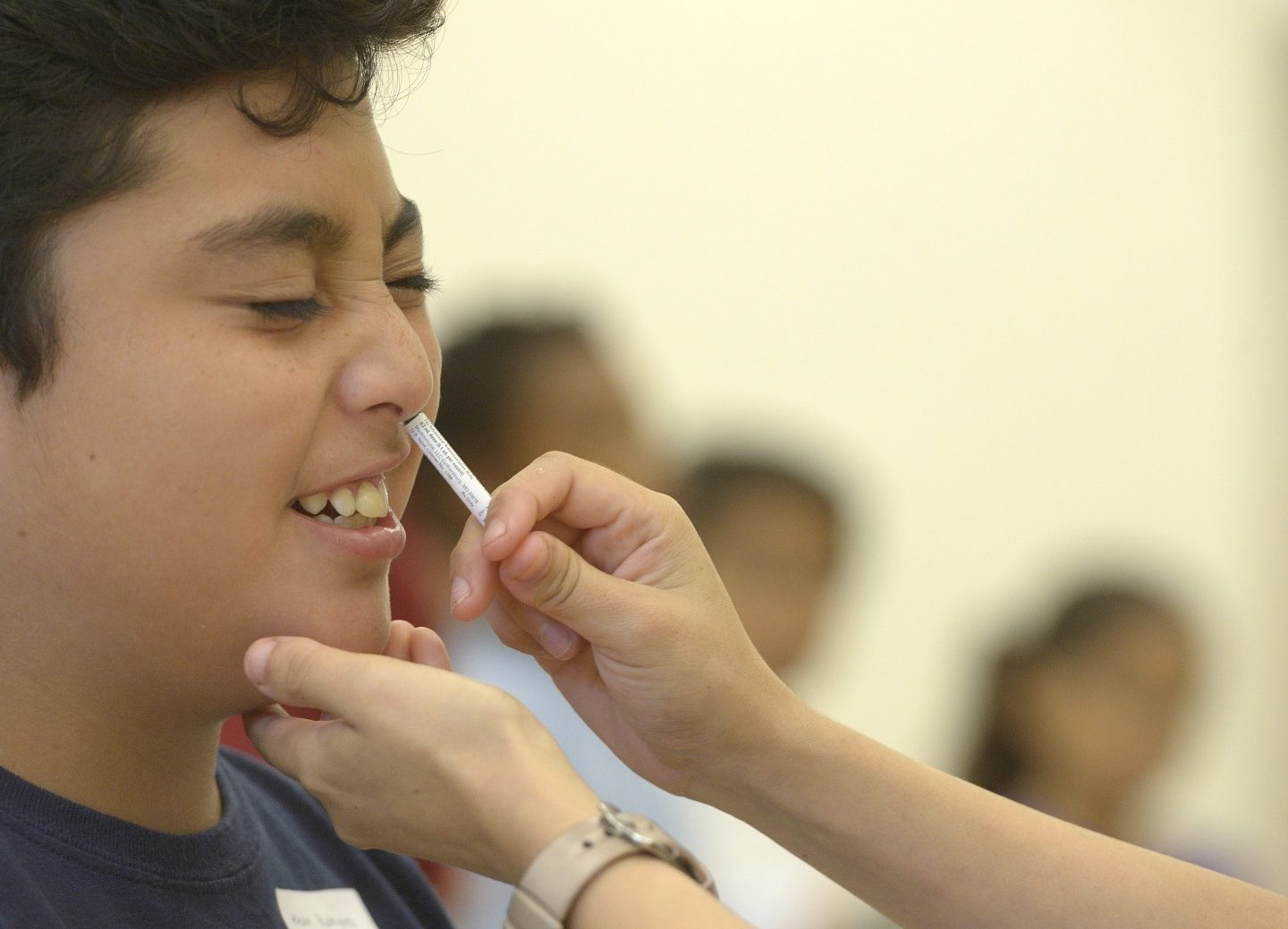 The nasal version of the Oxford/AstraZeneca COVID-19 vaccine has failed in an early-stage trial, setting back the hopes of the needle-free alternative often hailed as the next generation of vaccines.

Oxford University said on Tuesday the nasal formulation of the vaccine elicited an antibody response only in “a minority of participants” in a U.K. trial, and the immune response was weaker than that of its standard vaccine.

“The nasal spray did not perform as well in this study as we had hoped,” Sandy Douglas, the chief investigator on the trial at Oxford’s Jenner Institute, said in a statement.

The underwhelming results in the U.K. trial published by Elsevier have led the scientists to abandon plans to develop the spray in its current form, and instead pivot to different vaccine formulations and other delivery devices such as a nebulizer, which turns liquid medications into a breathable, fine mist.

A nasal spray, which would prime immune cells in the nose and mouth, where the SARS-CoV-2 virus enters the body, has been rising in popularity as it promises to quickly stop the virus in its tracks before it spreads to the rest of the body. While injected vaccines offer significant effectiveness against the more severe consequences of COVID, they offer only limited protection against contagion and do little to curb the spread of the virus.

“Delivery of vaccines to the nose and lungs remains a promising approach, but this study suggests there are likely to be challenges in making nasal sprays a reliable option,” Douglas concluded.

Other nasal spray vaccines have gained traction around the world because of their effectiveness at curbing contagion and their ease of transportation when compared to traditional intramuscular injection vaccine.

On Sept. 5, China’s government approved CanSino’s oral inhalation COVID-19 vaccine for emergency use, green-lighting the rollout of the vaccine as a booster option in the country. CanSino uses a nebulizer to administer the vaccine.

India also recently approved an intranasal vaccine made by Bharat Biotech—making it the first country to approve a COVID-19 nasal spray outside of Russia and Iran.

Douglas said that while a similar nasal spray was used for Bharat Biotech’s intranasal vaccine, the Oxford study “was quite different from recent data from China, which has suggested good results can be achieved by delivery of a similar vaccine deep into the lungs with a more complex nebulizer device.”

Douglas says a further challenge in the study is that researchers don’t fully understand the relationship between the strength of the vaccine and the types of immune responses it will elicit in the airways. Oxford said that it might consider developing formulations explicitly made for nasal use, using higher concentrations or elements that help the spray stick to the upper airways.

While the rest of the world moves ahead on nasal spray technology, the U.S. lags in researching this potentially transformative vaccine delivery method.

Fortune previously reached out to vaccine makers Johnson & Johnson, Pfizer, BioNTech, Moderna, and Novavax about their plans to pursue nasal spray or oral inhalation COVID-19 vaccines. A Pfizer spokesperson told Fortune the company was “not currently” working on a nasal spray or inhaled vaccine, but said Pfizer believed it would take “multiple vaccines and treatments to overcome the COVID-19 pandemic.” The other companies did not respond to Fortune’s request for comment.

Dr. Eric Topol, founder and director of Scripps Research Translational Institute, has been pushing the U.S. government to adopt an Operation Nasal Vaccine to fund the development of nasal vaccines, similar to how Operation Warp Speed helped fund the first generation of COVID-19 vaccines.