Melinda French Gates is getting political: ‘We have to make sure women have their full power in society’ 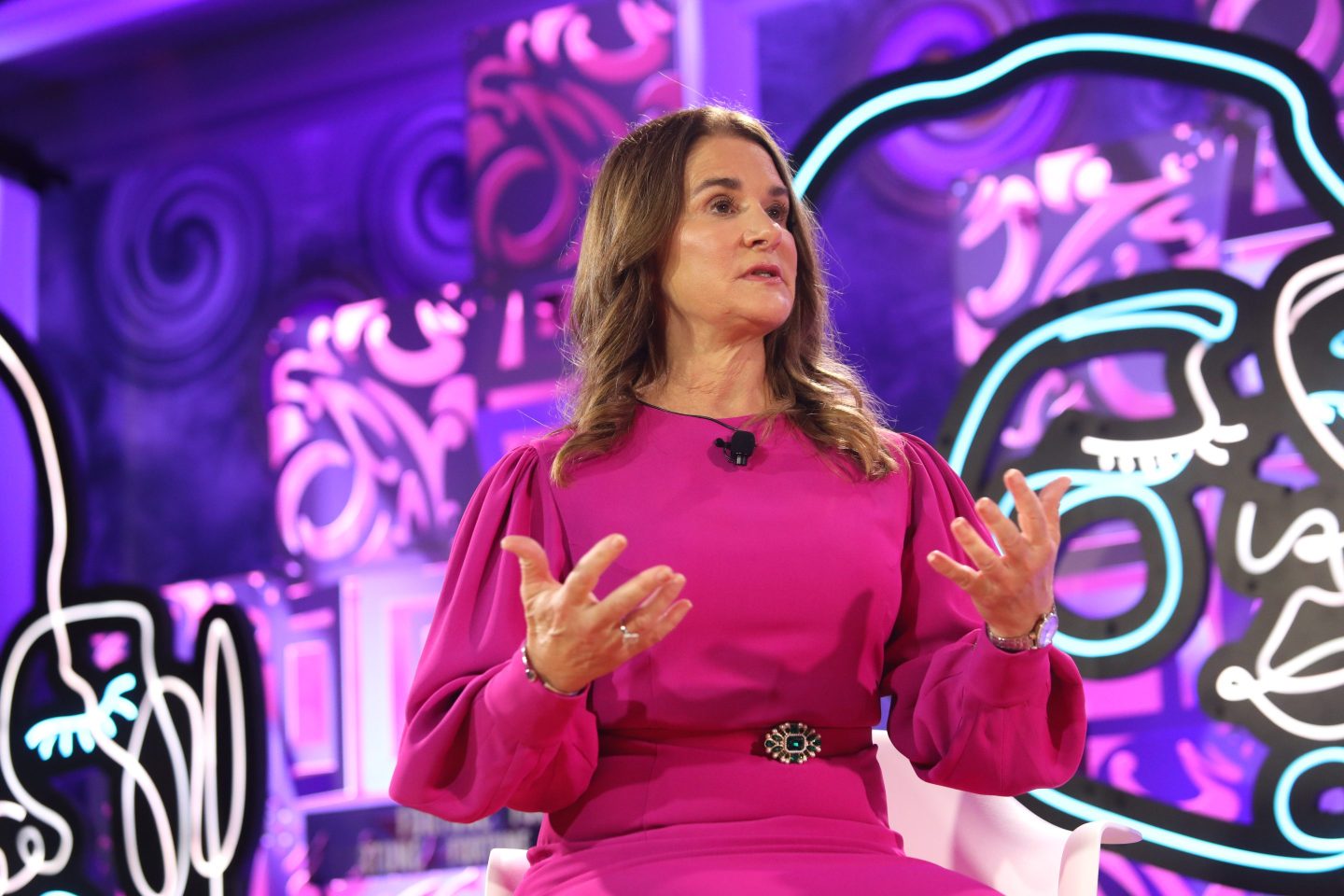 But not Melinda French Gates. It instead fueled the aspirations of the co-chair of the Bill & Melinda Gates Foundation and founder of Pivotal Ventures, and highlighted the critical need to ensure women are in seats of power and use that authority to create change.

“Had the Supreme Court been put there by women, I don’t think that decision would have happened,” French Gates told the audience at Fortune’s MPW Summit on Tuesday.

For so long, experts and women leaders have talked about “empowering women.” But French Gates says we need to stop with that line. “We have to make sure women have their full power in society,” she told the audience. “What do I mean by that? I mean that in your homes and communities and at the very top levels of society, women can control resources, make decisions, and shape policies and perspectives.”

French Gates pointed out that only a fraction of members of the U.S. Congress are women—and there are no Black women in the U.S. Senate. “Yet I look out in society and there are a lot of amazing Black women. So we can’t accept that anymore. We have to make sure women get into seats of power and take their power,” French Gates said. “That is what I’m committing my life to do, both through the foundation globally and Pivotal Ventures in the United States.” French Gates has already committed $1 billion of her own funds to Pivotal, which has the lofty goal of improving women’s lives in the U.S. and globally through investments and advocacy.

“I grew up in a household where my mom always said to me, and my sister as a young girl, set your own agenda or somebody else will,” she continued. “And I see it as in politics, because that’s where our public policy gets made. I think women need to be equal across the top.”

It’s not just politics, French Gates says: The push to elevate women and their voices needs to happen in the media, in corporate America, in finance, and in technology. “My background is in computer science and economics,” she told the MPW Summit audience. “But I look at the bias being baked into artificial intelligence and I think, Oh my gosh, this is just like the U.S. Constitution. Look what happened—women and minorities weren’t represented there and we’re still fighting now to have true equality. You can’t have the tech sector, which is so prevalent in our lives, run by essentially a small group of white men.”

“I think we all have to use our voices. I think we have to keep pushing,” French Gates said. “We’re pushing against barriers that are baked into society writ large, and we have to name and speak our truths if we’re going to change that.”

And that happens at all levels. “Wherever you sit—inside a corporation, if you’re a policymaker, if you’re a mom who works—empower people around you, use your resources, use your voice. Vote for the right people who you think should be at the top, get others to vote, bring young women along with you,” French Gates said.

“There’s not just one generation that’s going to solve this problem. It’s going to take all of us to move forward in the world,” she said.