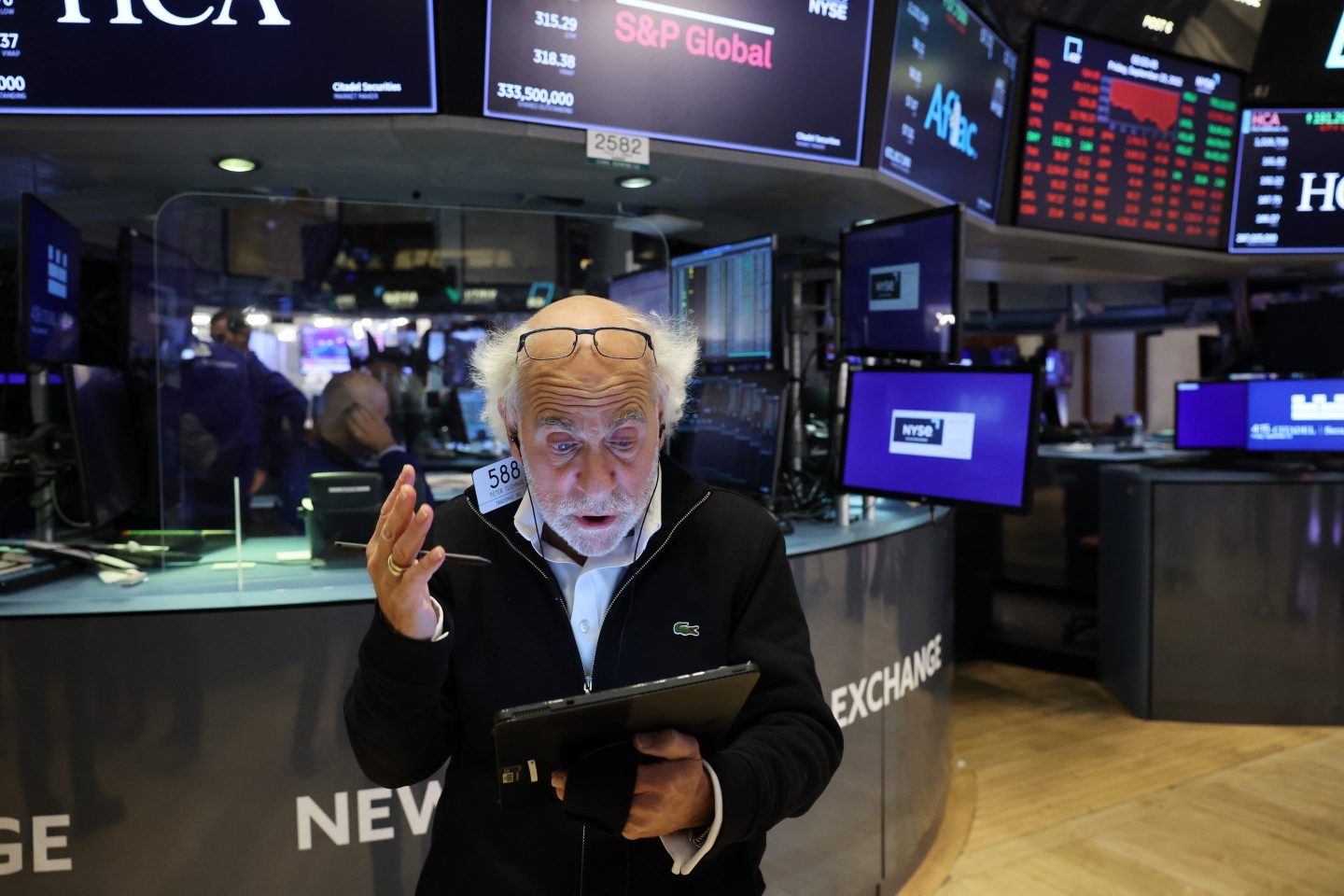 The stock market’s second-quarter earnings season was better than expected this year.

Even with inflation sitting near 40-year highs, S&P 500 companies managed to beat their earnings estimates by 4% last quarter, according to Bank of America data. That’s slightly above the historical average beat of 2.7%.

But the strong performance may be difficult to repeat, as it was mostly driven by the energy sector. Excluding energy companies, S&P 500 earnings declined last quarter, and most analysts expect that trend to continue.

On top of that, in August, a record number of profit warnings from public companies spooked many investors, helping push the S&P 500 down more than 12% in the past 30 days alone. And investment banks have also slashed their earnings forecasts for the third quarter in recent months.

Earnings per share estimates are down 7% since July for S&P 500 companies, with nine of 11 sectors seeing downward revisions by analysts, according to Bank of America.

Savita Subramanian, head of U.S. equity and quantitative strategy at BofA, said all of this means investors should “buckle up” for a rocky third-quarter earnings season—and brace for even more pain ahead.

“Pricing is peaking, demand is slowing, yet costs are sticky,” she warned in a Monday research note. “3Q might hold up, but who cares? Guidance is going to be terrible.”

A decent quarter with terrible guidance

Bank of America is forecasting that S&P 500 earnings will rise just 2% year over year in the third quarter—a far cry from the kind of progress that investors have been seeing for the past few years.

Megan Horneman, chief investment officer at Verdence Capital Management, told Fortune that she expects a slightly better quarter for the index, with 3% year-over-year growth. But she noted that this is nowhere near the 32.3% average earnings growth rate S&P 500 companies have posted over the past seven quarters.

Bank of America’s Subramanian believes the situation for American companies will only get worse from there as well.

“We expect guidance to weaken even further going forward and more downward revisions across the board,” she said, adding that Bank of America is now forecasting a 9% earnings decline in 2023.

If Subramanian is right and earnings drop sharply next year, she believes the S&P 500 could fall to 3,300, or around 8% from current levels.

Kostin expects the rise of the U.S. dollar will put pressure on many U.S. companies with significant overseas revenues in the third quarter. Roughly 30% of U.S. companies’ revenues are generated overseas, and a rising dollar can lead to serious foreign exchange losses when that money is brought back to the U.S.

That, along with cost pressure from inflation, should impact margins and create serious challenges for corporate profitability in the near term, Kostin said. And if falling earnings come with a recession next year, Goldman Sachs believes the S&P 500 could drop to 3,150, or roughly 12.5% from current levels.

Investment banks aren’t the only ones sounding the alarm about corporate earnings either.

More than 60% of investors believe the third-quarter earnings season will push the stock market lower, according to a new Bloomberg survey.

The results underscore investors’ fear that the Federal Reserve won’t back off its interest rate hikes, even in the face of a slowing economy. With interest rates rising, and the probability of a global recession mounting, investors are having a hard time believing that corporations will be able to meet the forecasts they laid out months ago.

“Earnings achievability is apt to be a headwind for stocks in the months ahead,” she said in a research note.