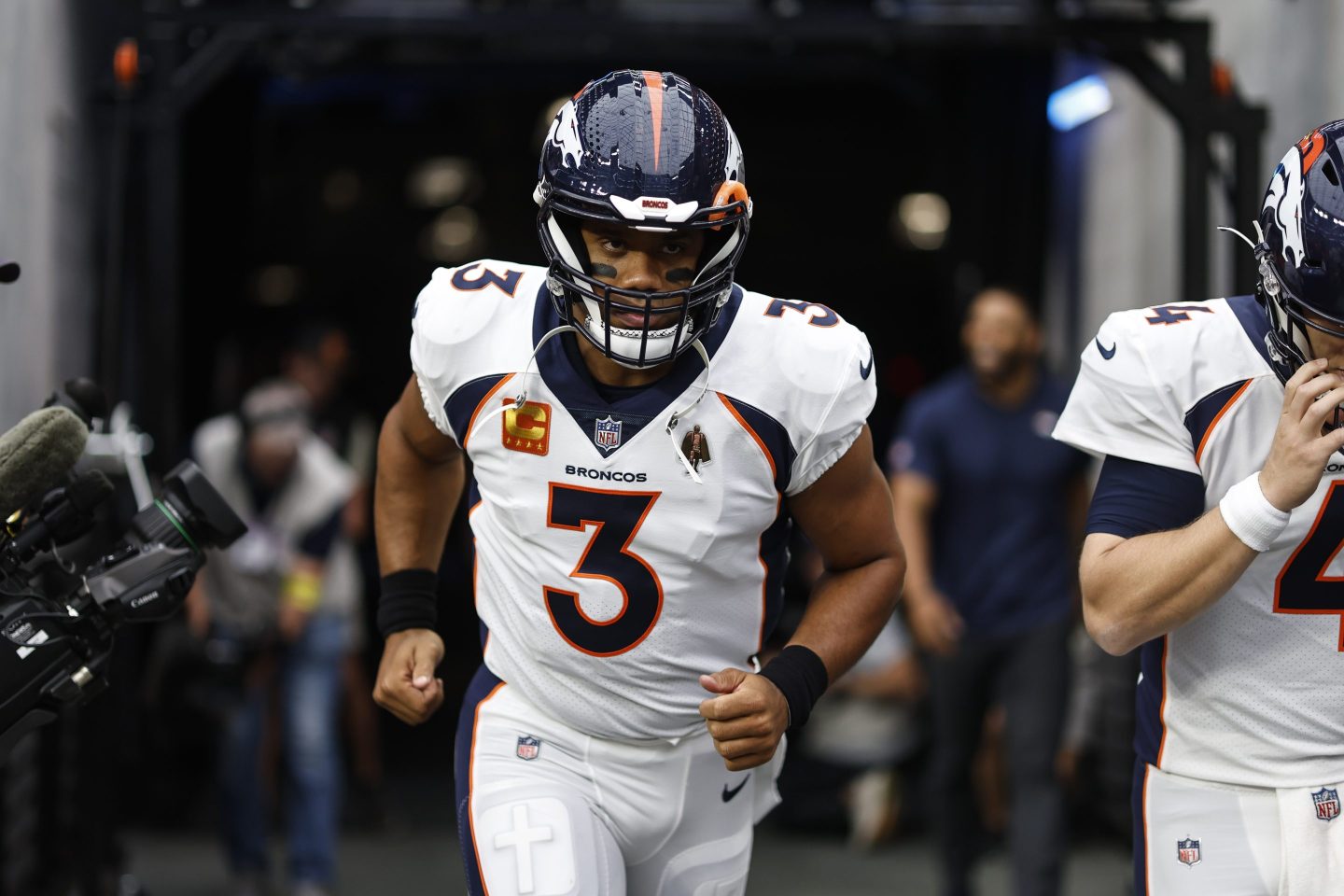 While any NFL fan likes an action-packed game, last week’s Thursday night contest was a terrifying one. Miami Dolphins quarterback Tua Tagovailoa left the field on a stretcher after he sustained a concussion on a sack. He’s out this week and there’s no “definite timeline” for his return.

It was the latest in a series of high-profile injuries that have plagued quarterbacks this season. So all eyes will be on Denver’s Russell Wilson (who was nursing a right shoulder injury earlier this week) and Indianapolis’s Matt Ryan.

Amazon’s Thursday night game kicks off week five of the NFL season. And so far, it’s looking like the site’s $1 billion bet on the NFL is paying off. The first game brought in a record number of Prime sign-ups, which should be good news for the company with a looming second Prime Day later this month.

Here’s a look at how to watch and what to expect from Thursday night games tonight and moving forward. (Note the home team is listed second.)

While neither the Colts nor Broncos are leading their divisions, it’s still early enough in the season (and there are enough wild cards already in play) that tonight’s matchup could be one that proves important in the weeks to come.

Only if you’re lucky—and happen to be in the right city.

If you’re in the home town of one of the two teams that are playing on any particular Thursday, you’ll likely have an opportunity to watch, even if you don’t have an Amazon Prime account. Simulcasts will be offered on broadcast networks, letting you watch for free with a good HD antenna.

But if you’re outside of the range of those stations, streaming is your only option.

Not for the next 11 years, with only a few exceptions. Other games offer a variety of streaming choices, but Amazon has exclusivity to virtually all Thursday night games, preventing other streaming services from carrying them. The Thanksgiving night game will be aired on NBC.

Amazon is offering its own take this year on how NFL games are traditionally presented—and so far, Prime subscribers seem to approve.

It uses its “X-Ray” technology to overlay stats and game updates, much like it offers information on which actors are in a scene during a film or TV show. An alternate stream is also available for younger audiences, with the YouTube troop Dude Perfect replacing the standard play-by-play and color commentary team.

Yes. Before the season started, Amazon struck a deal with DirecTV that allows more than 300,000 bars and restaurants around the country to air the game

In a sense. The NFL App will let you stream games that are being broadcast locally in your market as well as any played in prime time.