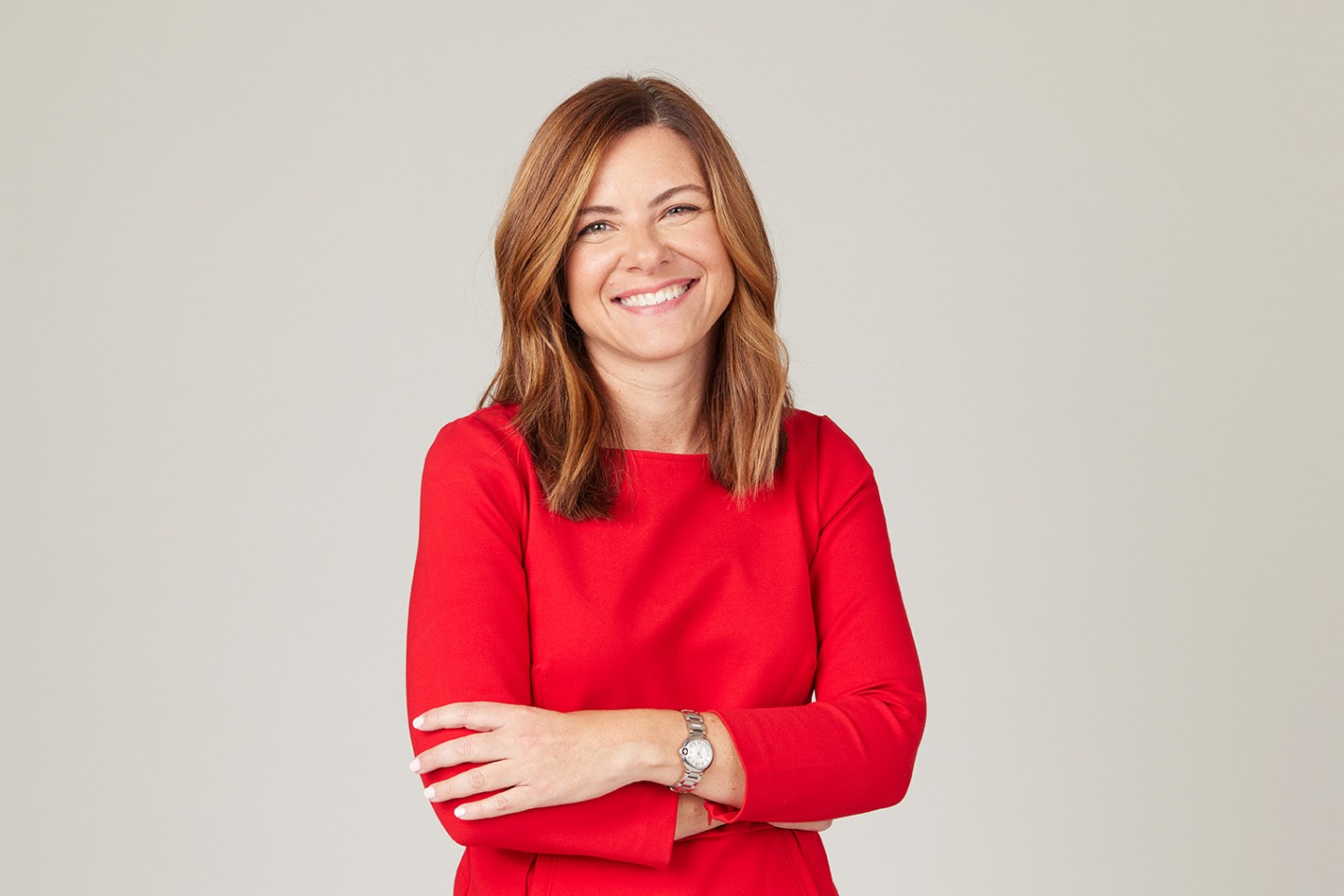 Jones was only 30 years old and a new mom when she joined Spanx in 2005. She previously held finance positions at Coca-Cola and EY.

“I made a commitment to myself then that I wanted to have it all; I wanted to be a successful mom and have a successful career,” Jones tells Fortune. After a brief spell as chief financial officer and then CEO at SweetWater Brewing Co. from late 2013 through 2015, Jones returned to Spanx as CFO and was promoted to president in 2018. Now, Jones feels she’s met the commitments she made 17 years prior. “In the same year that I’m celebrating my career by stepping into the CEO role, my daughter also graduated from high school and is now a beautiful, confident young woman in college,” she says. “It’s been just a great year of celebrating the goals that I set for myself.”

Spanx is coming off a landmark year. In November 2021, the company, founded by Sara Blakely in 2000, finalized a majority stake sale to Blackstone. (The private equity firm has recently invested in several female-founded brands, including the dating platform Bumble in 2019 and Reese Witherspoon’s media company, Hello Sunshine, earlier in 2021.) The transaction placed Spanx at a $1.2 billion valuation. Jones, who has led the company’s day-to-day operations as president, worked alongside Blakely to secure the investment.

“Blackstone is such a wonderful partner in their strength and ability to help accelerate growth plans,” says Jones. But it’s not just that—their executives’ love of Spanx products has also made for a fortuitous relationship, she says. Jones recounts running into Ann Chung, Blackstone’s global head of consumer for its growth division, at the airport last year. Just moments before their encounter, Chung had serendipitously changed into a product that the Spanx team had given her at a previous meeting. “It takes a lot of commitment to get undressed in an airport restroom, and that’s when you know you’ve got a great partner,” Jones adds.

Since becoming president, Jones has overseen Spanx’s digital transformation and extension into apparel. But her most considerable effort over the past year has been expanding Spanx’s leadership team, which has doubled since the Blackstone acquisition. The shapewear brand announced four additional promotions and talent moves on Friday, including the appointment of Misha Nonoo (best known for her eponymous women’s ready-to-wear brand) as chief brand officer and the promotion of Cricket Whitton to president and chief growth officer.

“We are working with best-in-class talent [who] have common leadership values and a common vision for our growth plan,” says Jones. “And it’s been through Blackstone’s partnership and helping us accelerate that hiring plan that has helped us round out the team to where it is today.”

Jones will continue to expand Spanx’s international and digital presence and apparel offerings. Earlier this year, the company released a collection of opaque white pants featuring its silver lining technology and partnered with Ashley Graham for the launch. Just last week, it launched its first-ever dress collection.

While the brand has established an international presence through retail partnerships, Jones says the company hasn’t served global customers digitally as in the U.S. Spanx recently launched a Canadian website and plans to move into other regions. “We have a great opportunity to build that relationship with a customer and serve that demand through the [direct-to-customer] channel internationally,” says Jones.

The company has 15 growth initiatives planned through the following year, including new product launches and continued international distribution.

“We’ve been very purposeful in building out the growth opportunities for the brand, and because of that, we’re in such a fortunate place where there are so many things ahead for the brand that we’re excited to do,” says Jones.

She also looks forward to working even more closely with Blakely, who will continue to serve as the chair of Spanx’s board and the company’s “favorite wear tester.”

“Sara and I have known each other for so long and are close. We’re both excited about this move,” says Jones.

Sworn testimony. Virginia Thomas testified on Thursday before the House Select Jan. 6 Committee about her involvement in efforts to overturn the 2020 presidential election results. Rep. Bennie Thompson said that Thomas told the panel she still believes the 2020 election was stolen from former President Donald Trump. Politico

Doubling down. U.K. Prime Minister Liz Truss said Thursday that she stands behind her government’s economic policy, despite recent emergency intervention from the Bank of England and warnings from the International Monetary Fund. Truss said she believes the policy will be beneficial in the long run. Guardian

Empty seats. The number of women on S&P 500 bank boards has mostly stagnated after hitting 35% of seats for the first time this year. Data compiled by Bloomberg found that women failed to gain board seats at the largest U.S. banks in August and have only picked up two net seats this year. Bloomberg

Slimming down. Denmark’s Queen Margrethe has stripped four of her grandchildren of their royal titles, joining a group of European royals eyeing slimmed-down monarchies. The four children of her youngest son will be known as counts and countesses from next year. While her other four grandchildren of Crown Prince Frederik will retain their prince and princess titles, only the eldest and heir will receive an appendage, a grant of land or revenue, when they come of age. Fortune

A battle over Title IX: Can it be used to exclude trans athletes? Washington Post

A pioneering orchestra boss had ‘unfinished business,’ so she returned New York Times

“[Record executives] didn’t mold me. I just showed up, and I was already who I wanted to be.”