How Blackstone became a driving force behind female founders 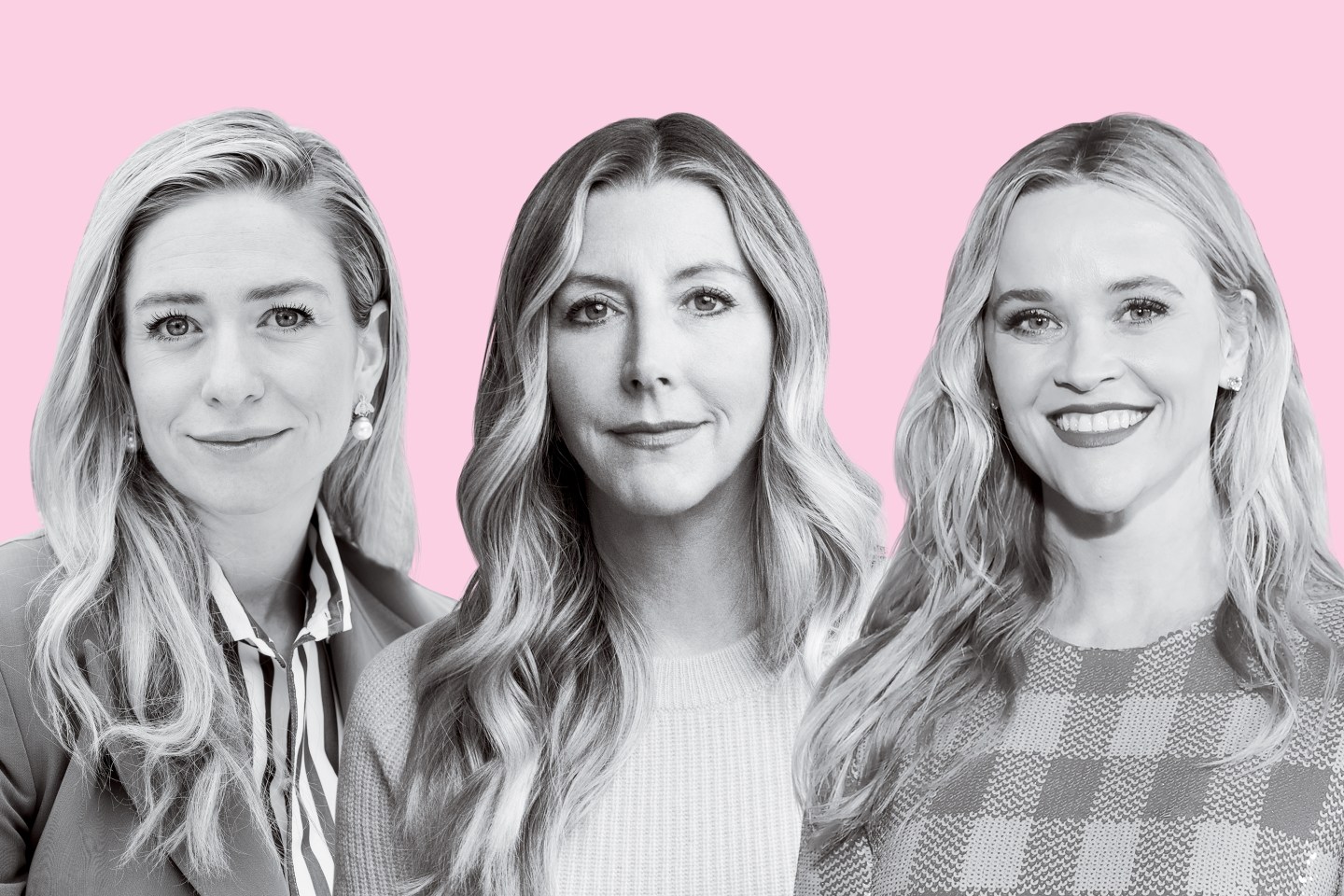 Good morning, Broadsheet readers! Peloton pulls its Chris Noth ad after assault allegations, the FDA permanently authorizes sending abortion pills by mail, and Blackstone is becoming a force behind female founders. Have a happy and healthy holiday season—the Broadsheet will see you in the new year.

– Founder-friendly. Between Bumble’s IPO, Spanx’s $1.2 billion deal, and the sale of Reese Witherspoon’s Hello Sunshine this year, there’s been one common thread: Blackstone.

The private equity firm has quietly become a major force behind female founders—what Blackstone exec Kelley Morrell calls the “institutional capital partner of choice” for a certain type of high-profile founder. The strategy goes back to the firm’s 2019 deal with Whitney Wolfe Herd’s Bumble, which preceded the dating app business’s February IPO. Since then, Blackstone has backed Sara Blakely’s Spanx and Witherspoon’s Hello Sunshine.

In a new story for Fortune, I dig into this strategy—what is it that has made Blackstone so interested in female founders? And why are founders throwing their lot in with the firm?

When it comes to Blackstone’s strategy, “[These companies are] fast-growing, proven businesses—you’re not taking venture risk,” explains head of Blackstone Growth Jon Korngold. “These are regional champions that are aspiring to be big, global leaders. If we can bring our resources and serve as an extension of the management team’s bandwidth, we can help them pursue transformational growth opportunities without the execution risk sometimes associated with hyper-growth environments.”

As for what’s attracted founders to the firm, there’s what Korngold calls a “self-fulfilling prophecy” going on here: Wolfe Herd was the first to ink a deal with Blackstone, valuing her business at $3 billion in 2019—and creating a big return for Blackstone when Bumble’s value climbed to $13 billion at the time of its IPO. She’s served as a reference for other founders considering the firm in the years since.

These partnerships aren’t without tension. While Blackstone is building a reputation as a good partner for women-backed businesses, it’s still a traditional private equity firm; founder Stephen Schwarzman said recently that it had had trouble recruiting and retaining women in the past because “they were scared of us.” These deals are mostly happening in the growth equity division, however, which debuted two years ago. The team credits the opportunity to build a diverse new group from the ground up, while the firm credits the team for spotting these new opportunities.

Says Ann Chung, who led Blackstone’s work with Spanx: “It’s about having women on our team with the lens to be able to see these opportunities, and then investing in these businesses because of the pure merit of the business.” For all the details, read my full story here.

Speaking of three of the biggest female founder deals of 2021, see below for more of a year in review from the Broadsheet. This is our last edition of the year—we’ll be back in January 2022. Thank you for reading along with us this year. We appreciate you. Have a happy and healthy holiday season!

2021 BEST OF THE BROADSHEET

- Fortune's Beth Kowitt brought the Broadsheet an exclusive interview with Indra Nooyi on what she meant by that controversial comment that she would "never" ask for a raise. Fortune

- Kristen analyzed what Nikole Hannah-Jones' tenure saga with UNC—and choice to take her talents elsewhere—can teach you about your career. Fortune

- Claire examined the impact of Naomi Osaka's decision to walk away from competition this year. Fortune

- We reflected on Katrina Lake's legacy of "firsts" as she stepped down as Stitch Fix CEO. Fortune

- There was a lesson in the moment this year when European Commission president Ursula von der Leyen wasn't given a chair. Hint: it's about more than a place to sit. Fortune

- And of course, the comings and goings of CEOs in the Fortune 500 and beyond, from Thasunda Brown Duckett's historic move to TIAA to what it was like for Wendy Tan White, an Alphabet chief, to take on a CEO job two decades after her first time in the corner office.

- By mail. The Food and Drug Administration will permanently allow abortion pills by mail, the agency decided yesterday. Some states, however, have enacted bans on telemedicine abortion, which this FDA decision doesn't counteract. NYT

- The wrong kind of viral moment. Peloton's viral And Just Like That response ad is gone—for good reason. Sex and the City actor Chris Noth was accused of sexual assault by two women, who came forward separately as they saw Noth in the news throughout the months of anticipation for the reboot. Peloton says the company was "unaware of these allegations when we featured Chris Noth in our response to HBO’s reboot." Noth says the allegations are false. CNBC

- Clawed back. Ex-McDonald's CEO Steve Easterbrook is returning $105 million in compensation, the resolution to a saga that saw the fast food chain sue its former chief to claw back the money. The company said that Easterbook lied about sexual relationships with employees. Easterbrook declined to comment. Fortune

Creators are mostly women. Where's the money for women-led creator startups? The Information

"I am known to be passionate in my responses to things."