Elon Musk’s texts reveal the billionaires, CEOs and celebrities who urged him to buy Twitter, including Jack Dorsey, Larry Ellison and Joe Rogan 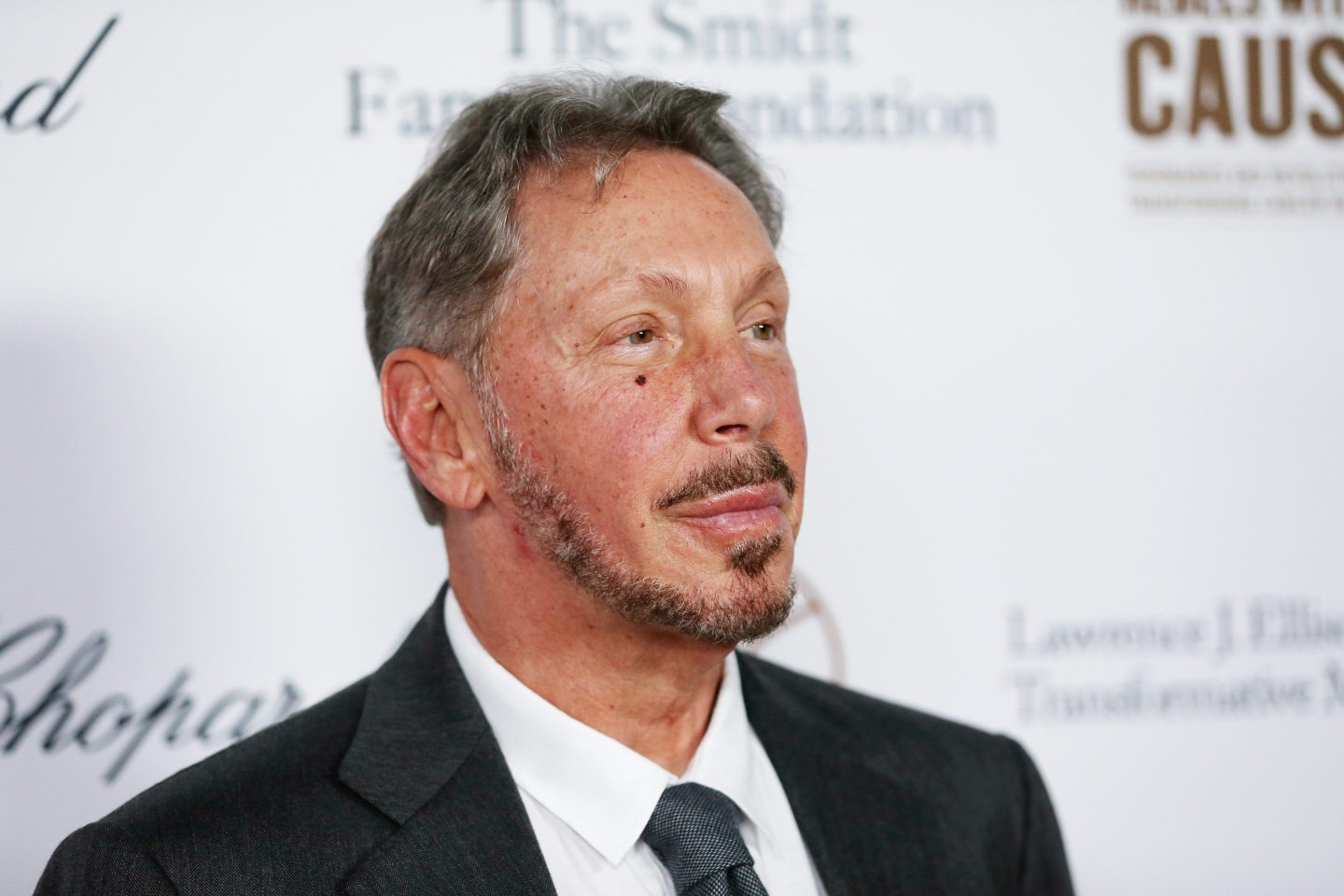 Musk’s short-lived drive to buy Twitter got a lot of support from across the tech sector, including from some surprising people, as revealed by text messages made public as part of next month’s court battle between the Tesla CEO and Twitter.

The text messages were collected as part of the pretrial discovery process, in advance of Twitter’s effort to force Musk to follow through on his $44 billion buyout offer for the social media platform. Musk publicly pulled out of the deal on July 8, arguing that Twitter was not being forthcoming about the number of bots on the platform. A few days later, Twitter sued Musk in Delaware, saying he had violated the terms of his agreement.

Musk is scheduled to be deposed by Twitter’s lawyers on Oct. 6 and 7, with the five-day trial starting on Oct. 17.

The text messages cover a period from January to mid-June. That timeframe includes the initial revelation that Musk had acquired a sizable stake in Twitter (April 4), the announcement by CEO Parag Agrawal that Musk would be joining the board (April 5), the later announcement that Musk had declined a board seat (April 10), Musk’s offer to buy the company (April 14), and Twitter’s acceptance of that offer (April 25).

The text message dump only gives a partial view of the interactions between Elon Musk and the bevy of CEOs, investors, and celebrities who wrote him. We don’t know whether Musk continued the conversation with some of these people on other platforms—or whether he responded to some people at all.

Here are some of the big names that pop up in the long list of text messages.

The founder of Twitter and Block was a frequent texting partner with Musk, long before Musk’s interest in Twitter became public knowledge.

On March 26, Dorsey told Musk that he had tried to get the Tesla CEO to join Twitter’s board, only for the board to reject the suggestion. Dorsey wrote that Musk could “[definitely] help in immeasurable ways.”

Dorsey then became one of Musk’s strongest supporters, saying he “couldn’t be happier” that Musk would be joining Twitter’s board in an April 5 text. “I’ve wanted it for a long time. Got very emotional when I learned it was finally possible.”

When Musk announced his intent to buy Twitter, Dorsey continued to offer his support. In an April 26 text, Dorsey said that he was trying “to make sure [Twitter CEO Parag Agrawal] is doing everything possible to build toward your goals until close.” He continued that he’d “do whatever it takes,” calling the deal “too critical to humanity.”

Musk would often rely on Dorsey for additional authority in his conversations with Twitter leadership. In an April 9 message to Agrawal and Twitter board chair Bret Taylor, Musk wrote that changes to Twitter would require taking the company private. “This is Jack’s opinion too,” Musk wrote.

The text message dump showed that Musk wrote several of his friends in the tech sector to rustle up funding for his $44 billion acquisition.

One such billionaire friend was Larry Ellison, who Musk approached on April 20 in a text asking whether the Oracle cofounder would be interested in “participating in the Twitter deal.”

Just over an hour later, Ellison responded saying “of course,” saying he’d front “whatever you recommend” to Musk.

Musk proposed that Ellison offer $2 billion “or more” in funding. “I’d rather have you than anyone else,” Musk wrote. (Ellison eventually settled on $1 billion in funding for the Twitter deal.)

Ellison was not the only tech billionaire Musk approached for funding.

“There is plenty of financial support, but you’re a friend, so just letting you know you’d get priority,” Musk texted LinkedIn founder Reid Hoffman on April 27. Hoffman said a $2 billion investment was “probably doable.” (Hoffman was later not listed among those who helped provide $7.1 billion in financing to support Musk’s deal).

Hoffman would later claim on an Axios podcast in September that he was skeptical of Musk’s effort to buy Twitter, calling it “another huge problem” for the Tesla CEO.

One billionaire who wrote Musk wanting to get into the Twitter deal was Sam Bankman-Fried, founder of crypto exchange FTX. Bankman-Fried first emerges in Musk’s texts on March 29, when a representative reached out to Musk. Will MacAskill, one of Bankman-Fried’s advisors and author of the (Musk-praised) What We Owe the Future, said that the crypto entrepreneur “has for a while been potentially interested in purchasing [Twitter] and making it better for the world,” and wanted to open a conversation for a “joint effort.”

Musk was initially skeptical, asking whether Bankman-Fried had “huge amounts of money.”

Bankman-Fried and his representatives then sent text messages to Musk at several points to talk about Twitter, though Musk seemed hesitant to follow through. On April 25, a Morgan Stanley banker got in touch with Musk again asking about Bankman-Fried’s potential participation in the Twitter deal, saying the crypto founder was ready to provide up to $5 billion. Musk “disliked” the message, and said that he’d take a meeting only if he didn’t “have to have a laborious blockchain debate.”

“Why don’t you buy Twitter,” Mathias Döpfner texted on March 29. “We [can] run it for you. And establish a true platform of free speech. Would be a real contribution to democracy.”

Musk replied that the idea was “interesting.”

Döpfner said in an April 6 message that he wanted to “make Twitter the global backbone of free speech, an open marketplace of ideas,” with a shift in business model “to a combination of ad-supported and paid to support quality.”

Döpfner texted Musk again on April 14, sharing that the editor of Axel Springer–owned Die Welt had chosen to leave Twitter. “What he is criticizing is exactly what you most likely want to change. I am thrilled to discuss Twitter’s future when you are ready.”

On March 24, Lonsdale said he would cite Musk’s comments at a policy retreat by the U.S. Republican Party. “I’ll sound less crazy myself,” he wrote.

Lonsdale even claimed in a April 16 text that Florida governor Ron DeSantis called “with ideas how to help you and outraged at that board and saying the public is rooting for you.” (DeSantis tweeted his support for Musk’s deal to buy Twitter on April 26.)

Another person who was excited to see Musk take over Twitter was podcaster Joe Rogan, who texted Musk on April 4 asking whether he would “liberate Twitter from the censorship happy mob?”

At the time, Musk replied saying he could only “provide advice, which [Twitter] may or may not choose to follow.”

On April 23, Rogan followed up by suggesting that he and Musk “throw a hell of a party” if Musk acquired Twitter.

Many other people reached out to Musk via text as news of his interest in the social media platform became public.

On April 6, journalist Gayle King wrote Musk asking for a “proper sit down.” “What do I need to do?” King asked. She also expressed support for Musk’s proposal of an edit button for Twitter, saying that “we all say shit we regret [and] want to take back in the heat of the moment.”

King asked again for an interview on April 14, when news of Musk’s offer to buy Twitter became public. “This is, as the kids of today say, a ‘gangsta move,’” texted King.

Musk replied a few days later, saying “maybe Oprah would be interested in joining the Twitter board if my bid succeeds.”

Justin Roiland, the cocreator of cartoon series Rick and Morty, also texted Musk on April 6 saying “I fucking love that you are majority owner of Twitter,” before pitching an identity verification service run by Roiland’s friends.

Musk demurred, saying he only owned 9% of Twitter (at the time) and so couldn’t promise any changes.

Marc Merill, the founder of Riot Games, the developer behind the popular League of Legends online game, also texted support to Musk in April, calling him “the hero Gotham needs.”