CFOs will be at the center of climate-risk disclosure reporting, says an author of the SEC’s proposed rules 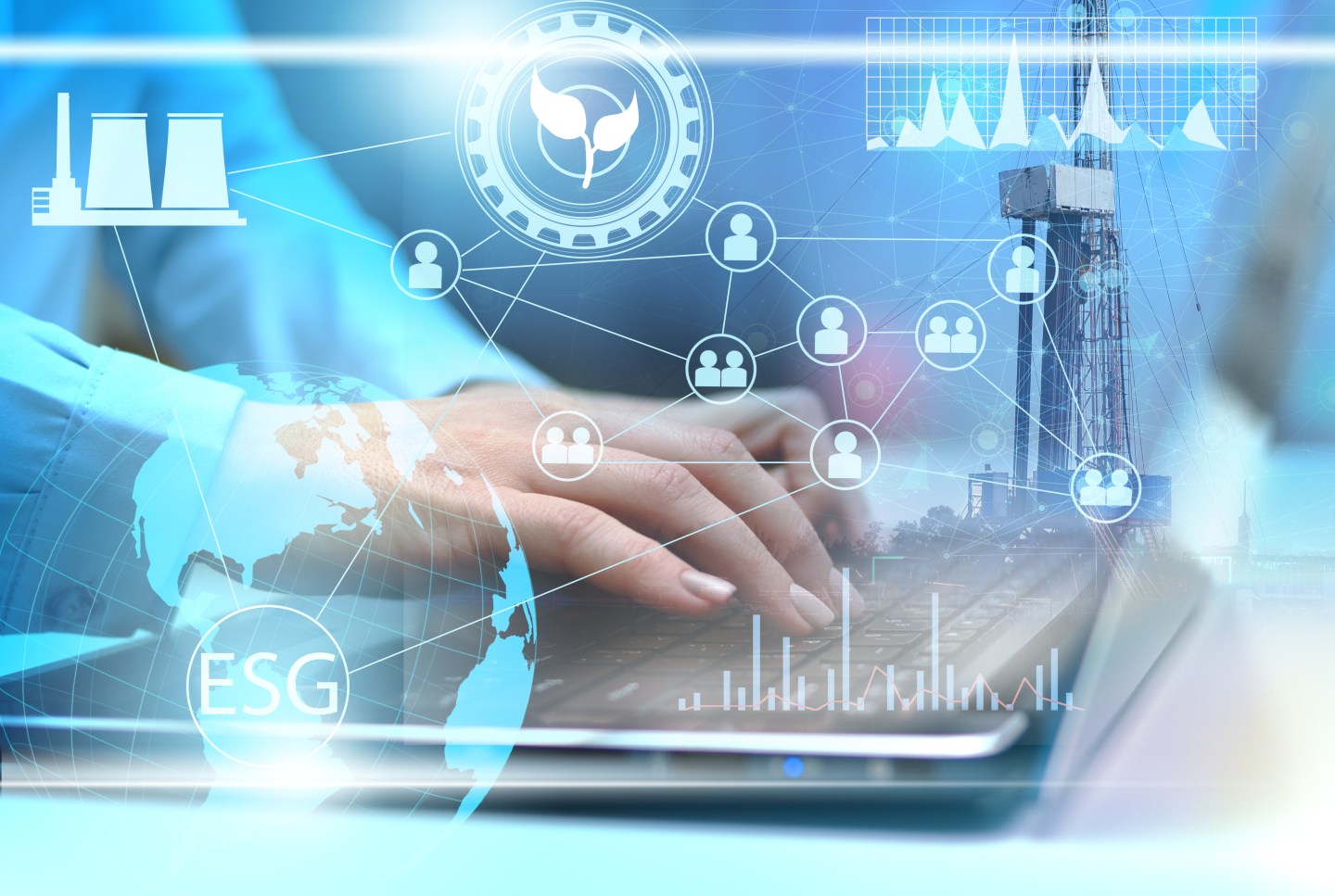 As public companies await the passage of the U.S. Securities and Exchange Commission’s proposed mandatory climate-risk disclosure rule, internal teams are gearing up to tackle these new requirements. Will a company’s finance operation led by the CFO be at the center of the need for enhanced reporting to the SEC?

“At the end of the day, yes. That’s where the rubber meets the road,” Kristina Wyatt, deputy general counsel and SVP of global regulatory climate disclosure at Persefoni, a software company that provides a climate management and accounting platform, told a group of finance chiefs in Dallas last night.

Wyatt was the guest speaker during Fortune’s CFO Collaborative, in partnership with Workday and sponsored by Deloitte. Formerly senior counsel for climate and ESG (environmental, social, and governance) at the SEC, Wyatt is one of the authors of the proposed ESG climate regulations.

“These are disclosures that are going into the company’s filings,” she explained. “There will have to be some cross-functional collaboration necessary. But the proposals are built on something called the Task Force on Climate-Related Financial Disclosures. The key there is financial disclosure. So, it’s taking climate risk and opportunity and translating that into financial impact.”

‘It’s quite feasible for companies to report their Scope 3’

Wyatt explained what the SEC’s proposal requires of companies. “The proposal actually is a little bit unusual in that it covers both what’s called the front part of the 10-K, the narrative portion, that includes the business description management’s discussion and analysis, etc. And proposes a section on climate that would include a narrative discussion of the company’s greenhouse gas emissions, and also its strategy for addressing climate-related financial risks.”

In terms of data, the proposal would require all filers to disclose Scope 1 and Scope 2 greenhouse gas emissions, such as onsite or controlled by the company, Wyatt said. Some companies may need to include more information about Scope 3 emissions, which are emissions that aren’t produced directly from the reporting company but from the activities of its value chain, she said.

‘The trend is very clear’

The public had an opportunity to comment on the SEC’s 500-page-long proposal. During that time period, there were over 15,000 comments made from people using the SEC’s online form, but “unique comment letters tipped the scales at something over 4,000,” Wyatt said. “There were those who really supported the proposal and others who were less sanguine about it. And I’m sure that that will impact the final rule.”

She continued, “The investor community was, by and large, very supportive. Much of the corporate community was supportive. But then, others, particularly some industry groups, were less supportive. I think that some of the areas of concern are around Scope 3 reporting and the fear that it will be difficult to gather that data.”

“So the trend is very clear,” Colvin said to Wyatt. “There’s going to be considerably significantly more reporting on ESG. We’re focusing on the ‘E’ right now, but ESG data in financial filings.”

“Yes, absolutely,” Wyatt responded. “And that’s driven by regulation. It’s also driven by investors. It’s driven by a whole host of different factors that are all sort of pushing in the same direction.”

Enjoy your weekend. See you on Monday.

Companies are set to invest heavily in emerging technology, according to KPMG's newly released report, "Digital to the core." The firm surveyed over 1,000 senior technology leaders and found that seven in 10 companies expect to have a significant presence in crypto, the metaverse, Web3, NFTs, quantum computing, VR/AR, 5G, and edge computing in the next two years. Another finding is, in the last two years, most companies reported an increase in profitability or performance from digital transformation. More than one in five (21%) of respondents said their company experienced more than an 11% increase. A third said they experienced a 6-10% increase, and 42% of respondents reported a 1-5% increase. However, almost half (44%) of respondents said lack of capable talent is the biggest challenge they face in the adoption of new digital technologies, followed by the high cost of purchasing and implementing new systems (30%) and lack of skills in the organization to implement systems (30%). The report also delves into how cloud transformation is working for employees.

Bed Bath & Beyond aspired to be the next Target. But strategic mistakes made it the year’s biggest retail train wreck by Phil Wahba

25 Best Places to Live for Families by Fortune editors

Amar Maletira, president and CFO at Rackspace Technology (Nasdaq: RXT), a cloud technology solutions company, was promoted to CEO, effective immediately. Outgoing CEO Kevin Jones will take on the role of operating advisor with Apollo. He began his current position in November 2020. Prior to joining Rackspace Technology, he was CFO at Viavi Solutions. Previously, Maletira was at Hewlett-Packard for 15 years where he held several roles. Maletira becomes Rackspace Technologies' fifth CEO since private equity firm Apollo Global Management bought the company in 2016.

Joshua Dickinson was promoted to SVP and CFO, North America, at Schneider Electric, a multinational company that specializes in digital automation and energy management. He began his career at Schneider Electric in 2015 as the division controller and CFO for the company's Industry U.S. division and held various leadership positions throughout his tenure. Most recently, he served as the NAM Deputy CFO leading the North America FP&A team while also serving as the finance business partner to the U.S. Country President. Before joining Schneider Electric, Dickinson worked in multiple industries and four Fortune 500 companies.

John R. Tyson was named CFO at Tyson Foods, Inc. (NYSE: TSN), effective Oct. 2. Tyson is the son of board chairman John H. Tyson and the great-grandson of Tyson founder John W. Tyson. He currently serves as the company's EVP of strategy and chief sustainability officer. Before joining the company in 2019, he held various roles in investment banking, private equity, and venture capital, including at J.P. Morgan. Tyson succeeds Stewart Glendinning, who will transition from his current role as EVP and CFO at Tyson to take on the position of group president of prepared foods.

Julie Brown was named CFO at GSK, a U.K.-based pharmaceutical company. Brown is joining GSK from Burberry Group PLC, a British luxury fashion house, where she is the COO and CFO. Brown, the company’s first female finance chief, will succeed current CFO Iain Mackay, who will retire from his position in May 2023. Brown will join GSK in April 2023, will work with Mackay on the transition, and begin on May 1. Prior to joining Burberry in 2017, Brown worked at AstraZeneca for 25 years, and one of her roles included interim CFO and VP of Group Finance. She was also previously CFO at Smith & Nephew, a medical equipment manufacturer.

Philippe Gautier was named CFO and COO at Waldencast PLC, (Nasdaq: WALD), a global multi-brand beauty and wellness platform, effective Oct. 19. Gautier has a 30-year career leading finance and operations. Most recently, he served as group CFO at Selecta. Before that, Gautier spent five years as group CFO and operations for SMCP (Sandro, Maje, Claudie Pierlot, De Fursac). In addition, for over a decade, Gautier served as CFO of brands at Kering, including Sergio Rossi and Puma, working in Italy and in the U.S.

Alissa Vickery was named interim CFO at Fleetcor Technologies, Inc. (NYSE: FLT), a global business payments company. Charles Freund, the global CFO, is leaving his position after almost 22 years to join a private equity-backed software company as CFO. Vickery, age 44, joined Fleetcor in April 2011 and has served as chief accounting officer since September 2020. Since joining the company, Vickery has held the title of SVP of accounting and controls. Fleetcor has launched a formal search process to identify a new CFO.

“To have a climate denier who was named by the previous president—also a climate denier—in charge of America’s lead institution and helping to deal with the dimensions of this global capital allocation problem is ridiculous.”