Ray Dalio says the U.K.’s policies ‘suggest incompetence’ and warns other governments not to make the same mistakes 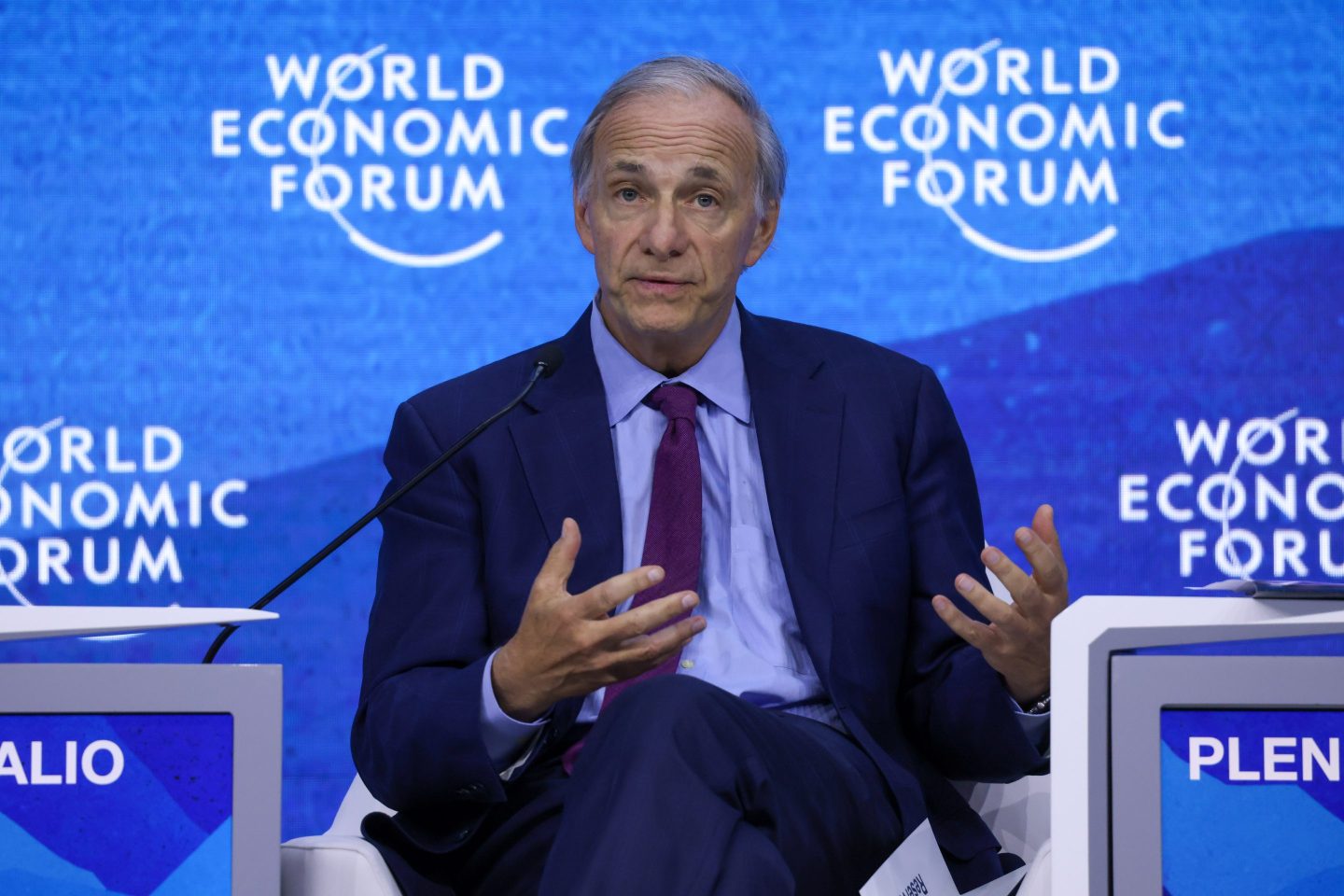 Ray Dalio, founder of Bridgewater Associates LP, speaks during a panel session on day three of the World Economic Forum (WEF) in Davos, Switzerland, on Wednesday, May 25, 2022.
Hollie Adams/Bloomberg via Getty Images

Ray Dalio added his name to a growing list of critics of the U.K.’s new spending plan, unveiled last week by Prime Minister Liz Truss and Chancellor of the Exchequer Kwasi Kwarteng.

The billionaire investor—who founded what is now the world’s largest hedge fund, Bridgewater Associates, in 1975—argued the plan’s aggressive tax cuts will raise the U.K. debts to an unsustainable level and cripple the pound.

“Investors and policymakers: Heed the lesson of the UK’s fiscal blunder,” Dalio wrote in a Tuesday tweet. “The panic selling you are now seeing that is leading to the plunge of UK bonds, currency, and financial assets is due to the recognition that the big supply of debt that will have to be sold by the government is much too much for the demand.”

On Monday, in response to Truss’ new spending plan, the U.K.’s bond market experienced the largest one-day sell-off in its history, pushing the total losses in the country’s stock and bond markets since Truss’ appointment as prime minister on Sept. 5 to over $500 billion. Meanwhile, the pound sank to a record low of $1.05 against the U.S. dollar on Monday morning, and although it has since risen to $1.07, the currency remains near a 40-year low vs. the dollar.

After the new Truss spending plan was announced, the U.K. Debt Management Office said that it will raise its debt issuance by 72.4 billion pounds for the current fiscal year to 234.1 billion pounds.

The new spending plan will also push the U.K.’s debt to GDP ratio to around 101%, the highest level of debt the U.K. has held since 1962, according to Deutsche Bank.

In Ray Dalio’s view, this rapid increase in debt, coupled with the lack of demand for the pound on the global stage, is a recipe for disaster.

“That makes people want to get out of the debt and currency. I can’t understand how those who were behind this move didn’t understand that. It suggests incompetence,” Dalio said. “Mechanistically, the U.K. government is operating like the government of an emerging country, it is producing too much debt in a currency that there is not a big world demand for.”

The investor went on to argue that this should be a teaching moment for governments around the world to not increase their debts to unsustainable levels.

“I hope, but doubt, that other policymakers who are doing similar things…will recognize that they are risking a similar outcome—and that investors will see this too,” he said.

Analysts are also worried that the U.K.’s new spending plan, which was designed to spur economic growth and help alleviate the effects of high energy prices in the short term, could end up exacerbating inflation in the U.K. overall. And consumer prices already jumped 9.9% from a year ago in August.

“The government is trying to balance support for consumers and businesses with measures that might trigger further inflation, whilst also trying to reinvigorate a stagflationary economy,” Giles Coghlan, chief market analyst at global Forex broker HYCM, told Fortune. “Such a large fiscal package could contribute to elevated prices in the medium to long term that could inflict further damage to an economy and currency that are already on their knees.”

The potential inflationary impact of the new spending plan has increased calls for the Bank of England (BoE) to dramatically hike interest rates, with some economists even calling for the U.K.’s base interest rate to move from 2.25% to as high as 6% next year.

That’s bad news for the U.K.’s homeowners. Monthly mortgage rates will increase immediately for 2 million people on tracker or variable interest rate plans if the BoE follows through with its next rate hike. And another 1.8 million homeowners with fixed-rate deals will also be forced to pay significantly higher rates next year, according to U.K. Finance.

“We’re thinking in terms of a recession that will be deep and long,” he told Bloomberg on Tuesday. “It’s the price we have to pay for financial stability and for getting on the right track.”