Larry Summers on the collapsing pound was on the money again: ‘an emerging market turning into a submerged market.’ Here’s what analysts say happens next 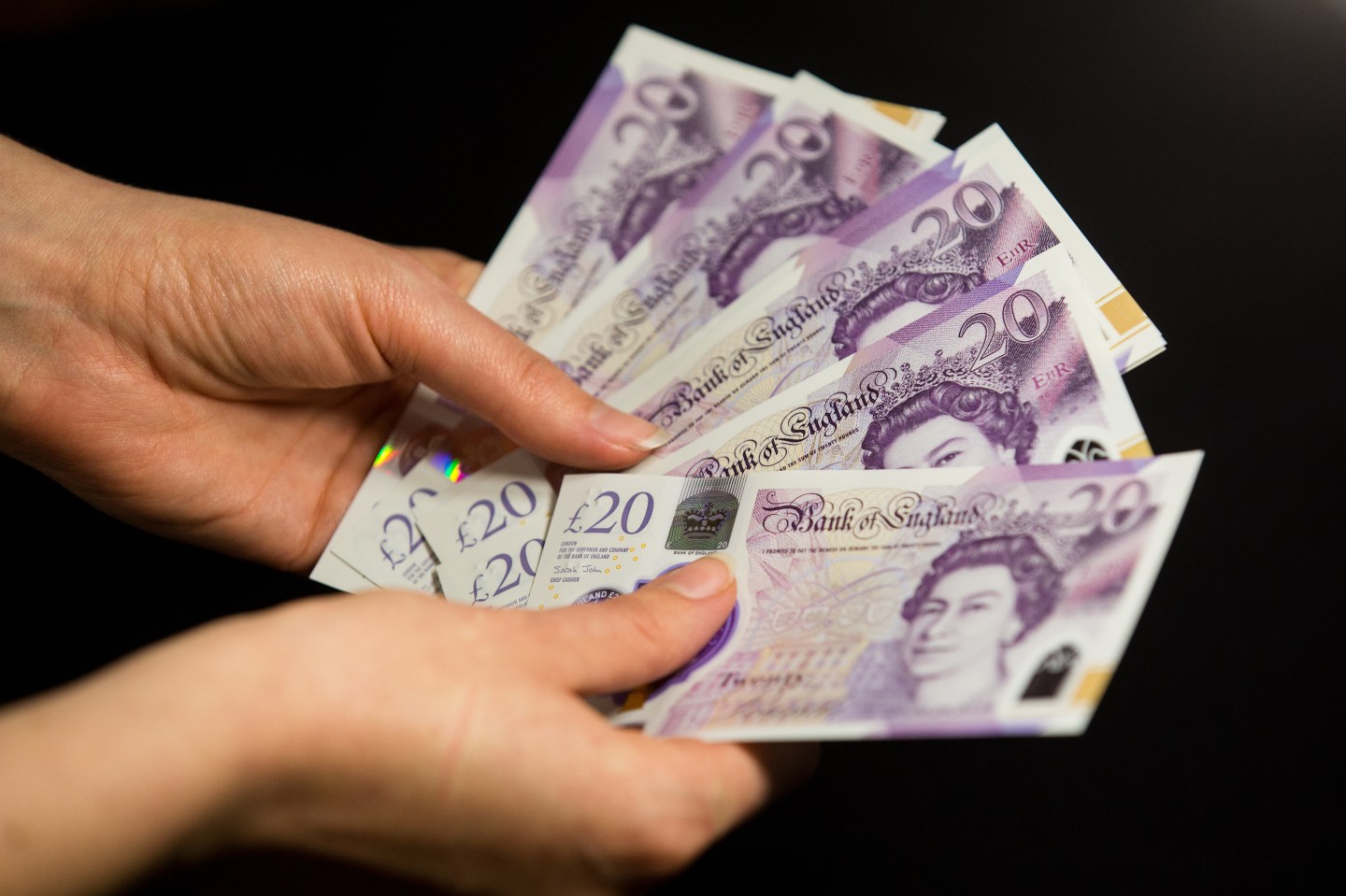 The British pound plunged to an all-time low against the U.S. dollar on Friday, prompting warnings that it could soon hit parity with the greenback.
Karol Serewis—SOPA Images/LightRocket/Getty Images

Britain’s currency is in trouble—and things could still get a lot worse for sterling, experts warn.

The British pound crashed to an all-time low below $1.05 during early trade on Monday, before recouping some of its losses to trade around $1.07.

Britain’s ailing currency, which had already fallen to a 37-year low earlier this month, continued its downward slide on Friday after newly appointed Finance Minister Kwasi Kwarteng unveiled the country’s biggest package of tax cuts in half a century.

The planned overhaul includes cuts to the amount of income tax the U.K.’s wealthiest pay, a cancellation of planned corporation tax rises and a scaling back of stamp duty—a tax people in Britain pay when they buy a home.

The tax cuts are expected to cost around £45 billion ($48 billion) by 2026, adding to the estimated $60 billion the government is set to spend on a national energy bills bailout over the winter.

The pound’s plunge deepened further after Kwarteng doubled down on the tax cuts, telling the BBC Sunday that there was “more to come”.

Spooked by the mammoth tax cuts’ potential impact on the U.K.’s already fragile economy, investors sent sterling to a fresh low of $1.033 to the greenback.

Asked by a reporter about the turmoil in the markets on Monday morning, Kwarteng declined to comment.

As investors continue to digest the new U.K. government’s tax policies, economics and policy experts have been warning that the historically strong pound could have much further to fall.

“It makes me very sorry to say, but I think the U.K. is behaving a bit like an emerging market, turning itself into a submerging market,” he said. “There’s nothing in the pattern of market response in the U.K. that suggests anything but fear rather than confidence in the policy approaches being taken.”

Summers, who served as Treasury Secretary in the Clinton administration and was Director of the National Economic Council under President Barack Obama, warned of dire consequences for Britain if its lawmakers continued to pursue their tax-cutting policies.

“It would not surprise me if the pound eventually gets below a dollar if the current policy path is maintained,” he warned.

“This is simply not a moment for the kind of naïve wishful thinking supply side economics that is being pursued in Britain… I think Britain will be remembered for having pursued the worst macroeconomic policies of any major country in a long time.”

Summers isn’t alone in his criticism of the U.K.’s new fiscal policy.

Kenneth Clarke, who served as U.K. Finance Minister under former Prime Minister John Major, said in an interview with the BBC on Sunday that the “overall premise” of the tax cuts was “wrong-headed” and could lead to economic disaster.

As bad as the fall has been, a number of currency analysts say that the pound has even further to drop.

In a research note published by ING on Friday, Antoine Bouvet, ING’s senior rates strategist, and Chris Turner, the Dutch bank’s global head of markets, predicted that investors would continue to trade sterling with “fiscal concerns” in mind.

“Unless something can be done to address these fiscal concerns, or the economy shows some surprisingly strong growth data, it looks like investors will continue to shun sterling,” they warned, noting that the chances of the currency hitting parity with the U.S. dollar had more than doubled in mere months.

“The FX options now prices the chances of GBP/USD hitting 1.00 by year-end at 17%,” they said. “That is up from 6% in late June. Given our bias for the dollar rally going into over-drive as well, we think the market may be underpricing the chances of parity.”

Meanwhile, Jane Foley, senior FX strategist at Rabobank, warned in a note on Monday that fiscal policy in the U.K. was now in direct conflict with the Bank of England’s monetary targets.

“Consequently, expectation that the Bank will have to tighten even more aggressively had surged even before the pound reached this morning’s sorry levels, with the market already contemplating the possibility of even larger incremental hikes,” she said. “It is clear that ‘moderate’ rate hikes from the BoE this year have done very little to support the pound against the surging U.S. dollar. Thus, speculation has been sparked that the [Bank of England] may be forced into considering huge emerging markets style rate hikes to prevent further sharp losses in the value of GBP.”

Foley noted that if this happened, it could put aggressive pressure on demand and undo the impact of Kwarteng’s tax cuts, “leaving only the legacy of higher debt.”

With the pound plummeting, some market watchers have speculated that British policymakers may eventually step in and intervene in the markets to salvage sterling’s value.

But the U.K. may find it more difficult than other major economies would to take such steps.

Data shows that the U.K.’s foreign currency holdings are a fraction of those of some of its peers, Bloomberg reported on Monday. For example, Japan—which intervened to strengthen the dwindling yen for the first time since the 1990s law week—had almost $1.2 trillion in foreign currency reserves at the end of August, while the U.K. had $108 billion.

However, interventions may not be enough to prop sterling up if the U.K. stays on its current policy trajectory, some have warned.

Adam Posen, President of the Peterson Institute for International Economics, said on Twitter over the weekend that foreign exchange intervention by the U.K. government would be “pointless and likely self-harming.”

“I hope they don’t do it,” he said. “But given that the only real alternative is fiscal U-turn, I expect [the Prime Minister and Finance Minister] to try it.”

Meanwhile, Economist Jens Nodvig—who founded New York-based Exante Data—noted in a tweet that currency intervention is a costly maneuver that would “only be a solution for a few minutes, adding to longer-term hardship” for Britain.

“The bottom line is that the U.K. is facing a major economic challenge, and increasingly a financial markets challenge/crisis,” he said. “There is no easy solution, and currency intervention is highly likely to fail.”