This safe haven currency just slipped to a 24-year low against the dollar. Is it time to rethink its status as a solid hedge? 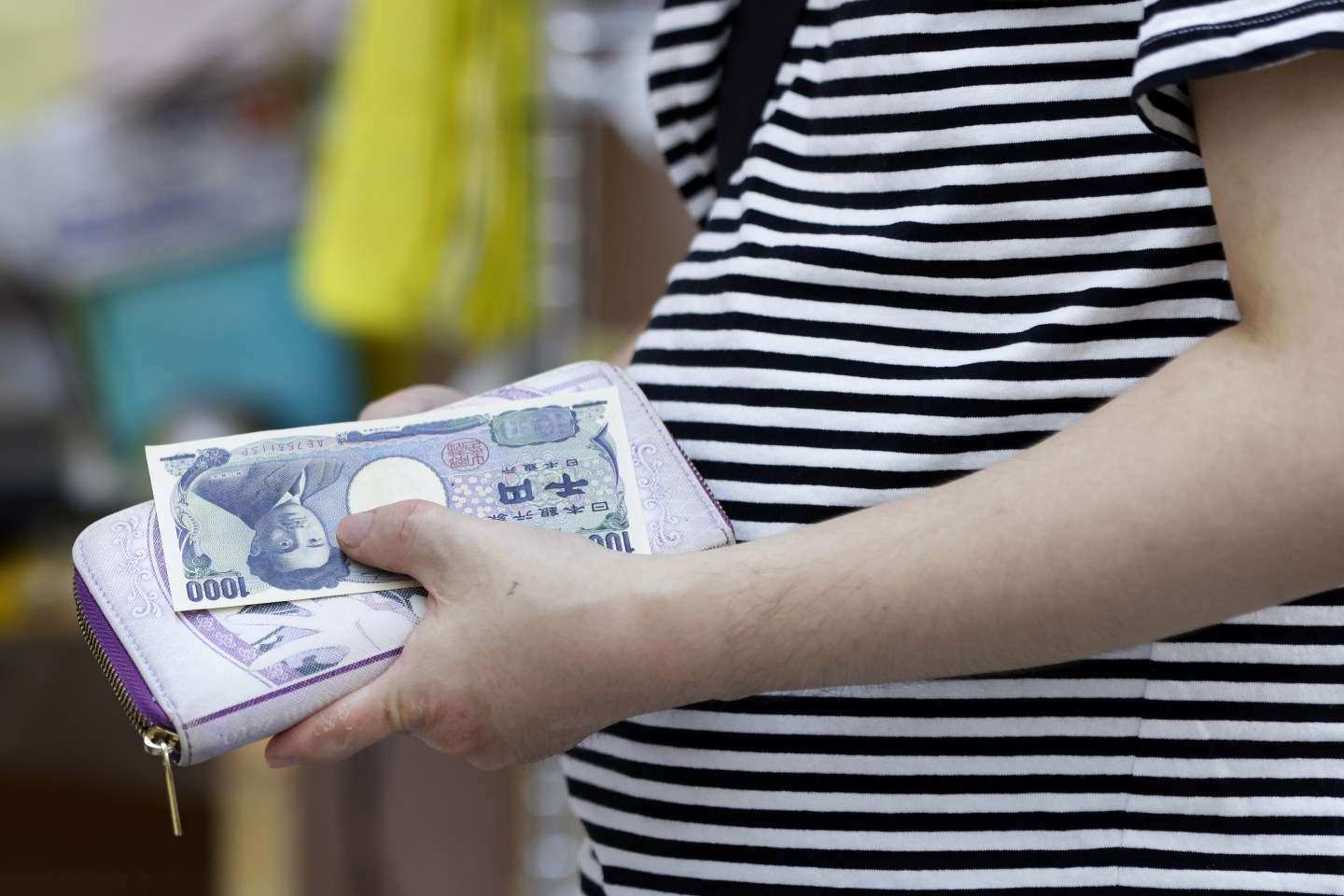 The Japanese yen has fallen to a 24-year low against the U.S. dollar.
Kiyoshi Ota—Bloomberg/Getty Images

Japan’s currency has long been seen as a safe investment in an unpredictable world—but as the yen slumped to its lowest level against the U.S. dollar in more than two decades this week, analysts have speculated that its safe haven status may be dwindling.

Traditionally, the yen has been widely regarded as a safe haven asset by market participants, with investors pouring money into the Japanese currency during times of economic or geopolitical turbulence.

However, the yen and the U.S. dollar—both historically treated as hedges against market volatility—have been moving in opposite directions lately, with the greenback edging higher in value in recent days on the back of the Federal Reserve’s hawkish Jackson Hole conference.

The Bank of Japan, meanwhile, has pledged to keep interest rates ultralow in a bid to correct chronically weak inflation.

While inflation in Japan has risen in recent months, it has not escalated to the extent seen in the U.S., with prices seeing an annual increase of 2.4% in July—slightly above the Bank of Japan’s 2% inflation target.

“Excessive, disorderly currency moves could have a negative impact on the economy and financial conditions,” he told reporters. “We will respond appropriately as needed, working closely with authorities of other countries.”

She said the Fed and the Bank of Japan being at opposite ends of the policy spectrum was feeding into the value of their respective currencies.

“We’re in the midst of a historic inflation-led international policy cycle that renders the U.S. dollar the new safe haven currency of choice and leaves a weaker yen as the path of least resistance,” she said.

Meanwhile, Chris Turner, global head of markets at ING, also told Fortune on Friday that with the yen trading above $140 while financial assets remained under pressure, “one could think the yen is losing its status as a safe haven currency.”

“The data supports this idea,” he added, pointing out that at the height of the pandemic in 2020, USD/JPY (U.S. dollar for yen) trades had a 0.35 positive correlation on the MSCI World equity benchmark. That meant that when equities fell, the yen typically outperformed against the dollar.

“This year that USD/JPY correlation with equities is now zero—suggesting the yen has lost some safe haven properties,” Turner said. “I’d say it’s down to two main factors—the nature of the crisis and the juxtaposition of U.S. and Japanese macro-financial policies.”

Japan is currently grappling with a slew of economic challenges. As the country imports all of its fossil fuels, Turner noted, its terms of trade—the price it receives for its exports versus what it pays for imports—has collapsed, largely thanks to surging energy costs on the back of Russia’s invasion of Ukraine.

“That is a large negative income shock,” Turner said. “Over the last 12 months, [Japan’s] trade surplus has swung to a 6 trillion–yen deficit on higher energy bills. A safe haven currency typically needs to be backed by a strong trade surplus—such that there is natural demand for a currency in a crisis. The JPY has lost that backing from trade.”

However, he speculated that if U.S. equities fell hard enough, the yen would outperform once again and gain value against the dollar.

“But equally we are a long way from a Plaza-type accord to weaken the dollar in general,” he told Fortune. “That would require the Fed needing to cut rates—highly unlikely this year—or the Bank of Japan hiking rates, again unlikely. So given the way things are going this year, a move to $150 [per yen] certainly can’t be ruled out.”

Craig Erlam, a senior market analyst at OANDA, said Friday that he believes the yen is still perceived to be a safe haven currency, but that its appeal as a hedge could be weakened over time by Japan’s reliance on energy imports.

“Ultimately, it depends what you’re comparing the yen to,” he added. “The dollar is still top of the safe haven list.”

Earlier this year, Goldman Sachs said it believed the yen, which it dubbed “the cheapest safe haven asset by far,” would be an effective hedge against a U.S. recession.

“The combination of cheap valuation, nontrivial risk of intervention, and, most importantly, rising odds of recession to open up paths to dollar-yen downside,” a strategist at the investment bank said.