Liz Truss, a former big oil economist, has a big plan to save consumers this winter that doesn’t hang energy firms with the bill 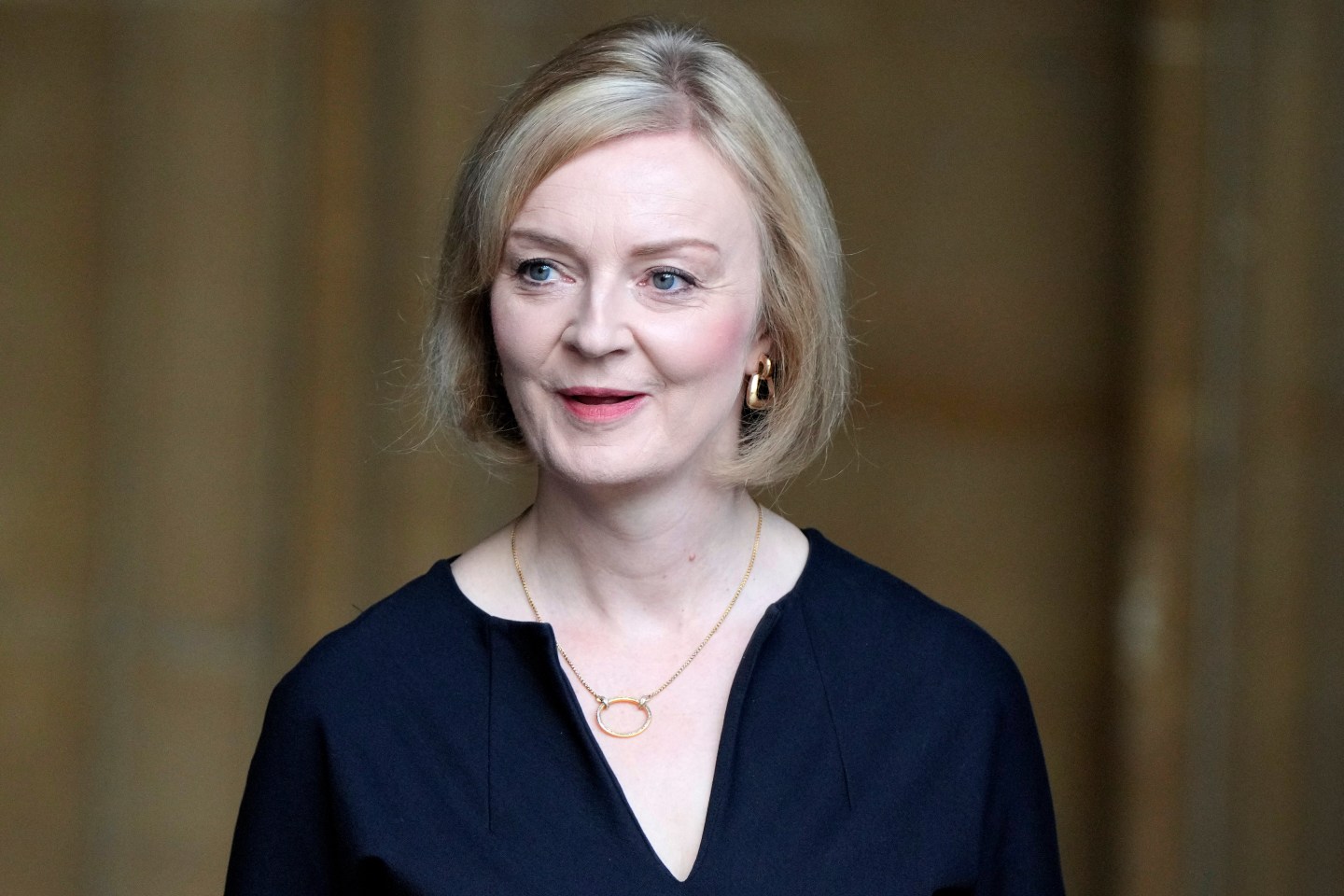 British businesses are “breathing a sigh of relief” after the government announced a long-awaited scheme to help companies with spiraling energy costs—but many are warning the measures do not go far enough.

However, Truss, who formerly worked for oil giant Shell, has ruled out seeking any funding from energy companies to help alleviate the crisis.

Speaking in parliament earlier this month, she rejected the idea of implementing an emergency windfall tax on energy corporations, many of which have reported record profits amid the crisis.

“I am against a windfall tax,” she said. “I believe it is the wrong thing to be putting companies off investing in the United Kingdom.”

The policy is popular among the public, however, with two-thirds of Brits saying there should be a windfall tax on oil and gas firms. Dan Alchin, director of regulation at Energy UK, said in a statement on Wednesday that is trade association, which represents over 100 firms in the energy sector, welcomed the government’s announcement.

Coupled with a similar support package being rolled out to help support households, helping Britons pay their energy bills this winter is expected to cost the U.K. government around £25 billion ($28 billion).

Here’s how Truss’ scheme would work.

How Truss wants to help this winter

Eligible organizations under the scheme will receive an automatic government-funded discount on their energy bills between October and March.

Businesses will receive a discounted price per unit of energy, with the government setting a “supported wholesale price” of £211 per megawatt hour (MWh) for electricity and £75 per MWh for gas.

Those prices are less than half the wholesale prices anticipated this winter, the government said on Wednesday, although respected market analysis firm Cornwall Insight said they represented a 45% discount to closing wholesale energy prices as at the end of last week.

Prior to the government’s announcement on Wednesday, thousands of British businesses warned they would likely collapse if energy costs continued to climb. While many small businesses have welcomed the new scheme, a number of business owners have criticized the government for acting too late and failing to implement longer-term protections.

David Beard, CEO of Lendingexpert.co.uk, said Wednesday that although businesses up and down Britain were “breathing a sigh of relief” following the news, many business owners were eager for longer term support plans when it came to energy bills.

“This scheme might save thousands of companies that would otherwise have seen their bills double next month, leaving many high and dry,” he said. “Hopefully, this move will not only save jobs but also help consumers by preventing the need for businesses to pass on rising energy costs to them. [But] six months isn’t a very long time in a business environment… it’s only a [band aid] and simply kicks the problem further down the road.”

Tina McKenzie, policy and advocacy chair at the Federation of Small Businesses, said in a statement on Wednesday that the government’s new plans would provide some stability for six months, but cautioned that many businesses still had a tough year ahead of them.

“Small businesses are the definition of vulnerable when it comes to these energy price hikes,” she said. “Small firms do not have the ability to hedge or negotiate energy prices.”

Wholesale natural gas prices surged to record highs in Europe last year, as low inventories and rising demand as countries emerged from lockdowns nudged the value of the commodity upward.

The problem has been exacerbated this year as much of Europe looks to sever its reliance on Russian gas imports following the invasion of Ukraine in February.

Britain, which is particularly reliant on gas as an energy source, has been hit particularly hard by the resulting energy crisis.

Last month, Britain’s energy regulator announced it was increasing its cap on consumer energy bills by 80% from October. In April, British energy costs more than doubled.

According to charity National Energy Action, energy bills in the U.K. would have risen by 170% year on year by October, with 8.9 million people projected to be pushed into fuel poverty.

In a recent forecast, consultancy Cornwall Insight said it expected annual household energy costs to reach £4,426 ($5,118) by April without government intervention. At the beginning of 2022, the average U.K. household was paying less than £1,500 a year for energy.

Rising energy costs have helped push the U.K. into its worst cost-of-living crisis for decades.

Earlier this month, Goldman Sachs warned that U.K. inflation could hit 22% in January if energy prices continue to spiral out of control.

Alongside soaring energy costs, food prices increased in August at the fastest rate since the 2008 financial crisis, according to the British Retail Consortium.

Speaking to reporters in New York on Tuesday, Truss said higher fuel bills were “a price worth paying” for security—but said she did not want those costs to be passed onto British households.