The pound is ‘vulnerable’ and has further to fall, says Brexiteer hedge fund titan who’s up 140% this year shorting U.K. bonds 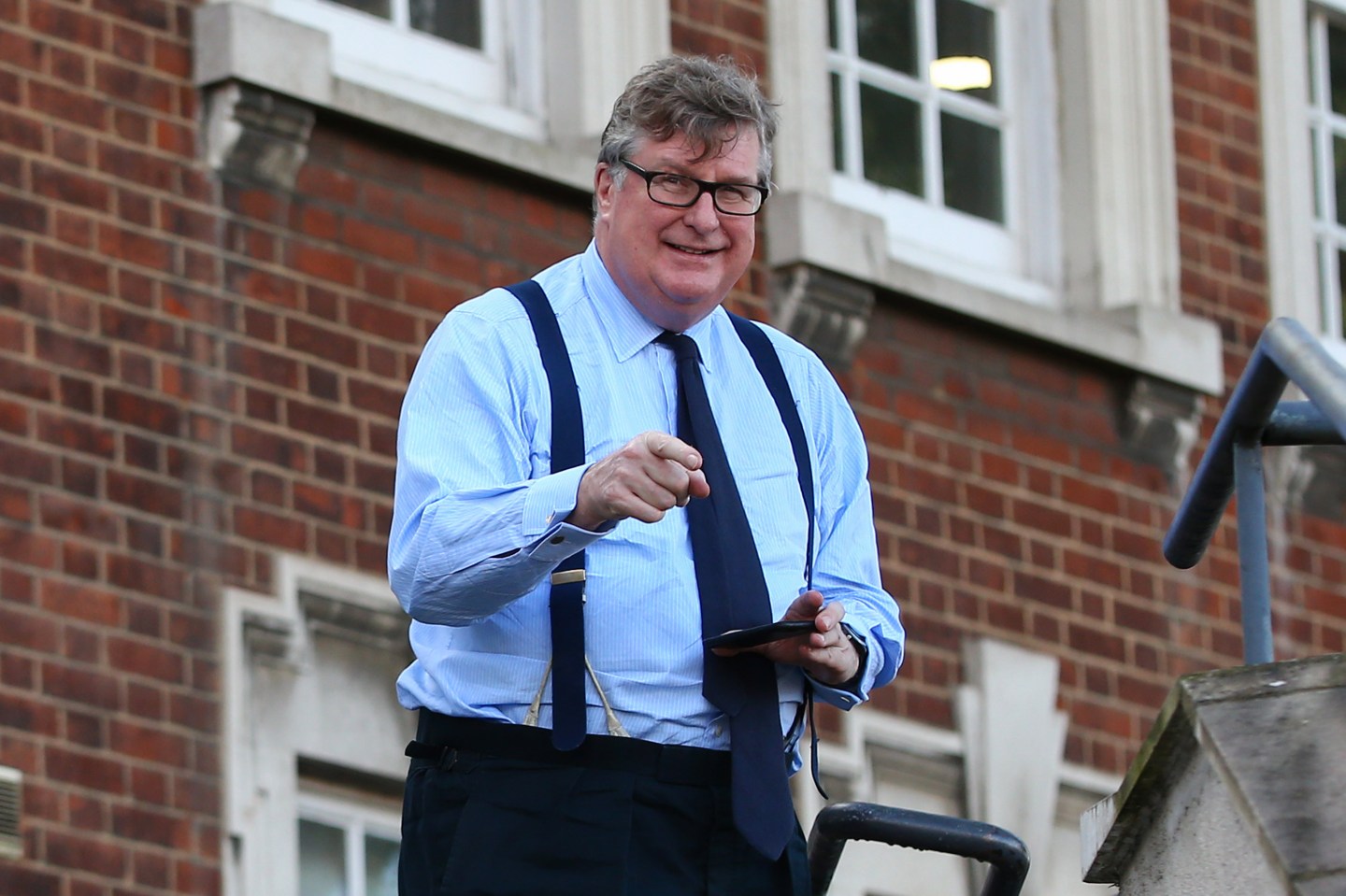 Crispin Odey, the British hedge fund titan whose short bets on the pound had been a hotly debated subject ever since his support for Brexit, says the worst is not over for the currency.

The London-based money manager said it will take a long time for the UK to conquer spiraling inflation and predicted that the Bank of England is unlikely to intervene out of turn as expected by a number of strategists. Odey’s flagship fund has surged this year, primarily via leveraged bets against UK government bonds.

“That will be too much of a panic,” Odey said in an interview late Monday night. “I think sterling is still quite vulnerable and we have to see how it goes.”

Odey’s on-and-off wager against the pound has attracted outrage on social media and within political circles. Some see the trade as an attempt by the famed money manager to profit from the UK’s economic woes after Brexit. He made about £220 million ($238 million) in a day when the British currency slumped following the June 2016 decision to leave the EU, though he lost that money within weeks as markets rallied.

The fund manager said he is not putting fresh shorts against the pound and that his bearish wagers had been getting smaller. He wouldn’t say what percentage of his assets are still betting on a fall in the currency.

His flagship Odey European Inc hedge fund surged 140% this year through Sep. 14, recovering years of losses, according to a person with knowledge of the matter. The change in his fortunes was primarily driven by highly leveraged short wagers on long-dated government bonds, which are paying off now as spiraling inflation send yields surging.

The short exposure to bond trades was worth about 111% of the fund’s net asset value at the end of August, mostly related to two UK government securities maturing in 2050 and 2061, according to an investor note seen by Bloomberg. The size of that trade has been reduced in recent months after earning some of the biggest gains in his hedge fund’s three-decade history.

“Strangely, you had to be very brave this year to make money because the consensus was so far away from that,” Odey said while referring to his returns as “not bad”.

The pound was already pressured by the steady rise in the dollar before last week. The downward pull intensified on Friday after Prime Minister Liz Truss’s new government rolled out plans to enact large-scale tax cuts in the face of an economic slowdown.

That caused a stampede out of UK government bonds, with investors anticipating it will add to the government’s already sizable budget deficit, and pressure the BOE to raise rates more aggressively. Swaps went from pricing for a half-point hike on Nov. 3 as of Thursday, to a full point by the end of Friday to as much as 2 full points on Monday.Play Video

Odey had long predicted that the UK’s long-dated government bond yields would rise to 5%, a forecast that’s no longer looking far fetched.

In his hedge fund career spanning three decades, Odey has become best known for making bold wagers that the market consensus was wrong. While that strategy can sometimes rake in eye-popping gains, the losses can be equally stunning. His fund lost more than half of its value between 2015 and 2020 and only recovered earlier this year.

He has not shied away from expressing his vocal support of Brexit or comments on UK politics.

In the interview, he said he supports Chancellor Kwasi Kwarteng’s move to cut taxes as an attempt to make the UK an attractive destination to do business and attract international capital.

“The expectation was so far out of line with the realities, that’s why the markets are having to adjust so severely,” said Odey, a Tory backer and founder of the hedge fund Odey Asset Management where Kwarteng once worked as an analyst. “They’ve got to incentivize people. We have come out of Europe and we have done nothing.”