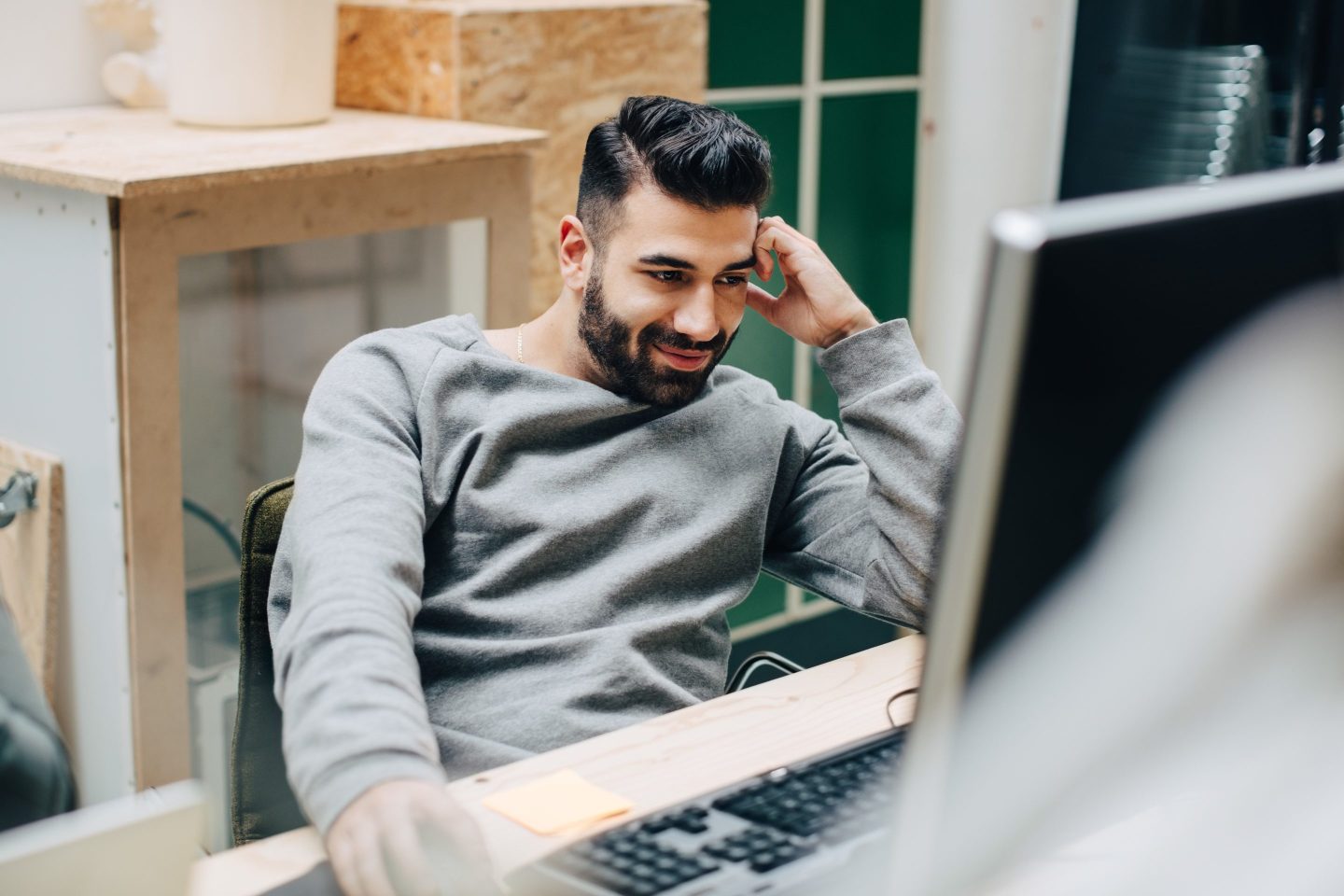 – Not-so-harmless behavior. It’s no secret that employees sometimes flirt in the office. But just who is doing the bulk of the flirting might surprise you. A new study from Laura Kray, a professor at the Haas School of Business at the University of California, Berkeley, finds that men in “low-power” positions are often the biggest culprits of workplace flirtation. And while this behavior might seem benign or even charming, it can escalate into full-blown harassment if left unchecked.

Debunking office stereotypes—for example, women as flirts—and expanding the definition of workplace harassment are critical to promoting a workplace where employees feel safe. “We need to dispel the myth that harassment necessarily resides in the behaviors of high-power people,” Kray says. For HR leaders, that means it may be time to expand the scope of their company’s sexual harassment training.

The research, published in the journal Organizational Behavior and Human Decision Processes, examines how people perceive their sex appeal and the ways in which it influences flirting, sexual innuendos, and harassment in the workplace.

“We connected this social sexual identity to measures of sexual harassment proclivities,” Kray says. “Having this identity as a flirt actually predicts people’s willingness to [engage in] really extreme sort of behaviors.” Most would assume that men in high-status positions are more likely to flirt at work in an effort to achieve or assert dominance. But the study finds that men in lower positions who are looking to gain power are the most likely to engage in flirtatious behavior.

“Overall, men self-identify more as flirts, [and] it’s especially true when they are in a low-power position relative to a high-power woman,” says Kray.

- Trump lawsuit. New York Attorney General Letitia James filed a lawsuit on Wednesday against former President Donald Trump, the Trump Organization, and three of his children, alleging they engaged in business fraud. James is requesting they be barred from real estate transactions for the next five years. Fortune

- Equal pay. Yesterday, Sept. 21, was Black Women’s Equal Pay Day, meaning it took the average Black woman an extra nine months and 21 days to finally reach what the average white, nonhispanic man earned in 2021. The pandemic has exacerbated existing systemic inequalities, forcing more Black women to exit the workforce than other groups. As a result, their wages dropped from 63 cents to every dollar a white man made in 2020 to 58 cents in 2021. Bizwomen

- Impending crisis. The U.S. is not prepared for its aging population to leave the workforce, setting itself up for productivity losses and strains on pensions and social care. Failure to act on this impending crisis and create proper fiscal measures will especially damage women, who are often the primary caregivers to the young and elderly. Fortune

- Return to the stage. The Clinton Global Initiative returned to New York City this week after a six-year hiatus. Originally put on hold during Hillary Clinton’s 2016 election campaign, the conference, which brings together top corporate executives, philanthropists, and government officials, brought in over 144 commitments to increase jobs, reduce carbon dioxide emissions, and provide humanitarian assistance to Ukraine. New York Times

- A closer look. The Federal Trade Commission has opened an investigation into Amazon’s $1.7 billion acquisition of iRobot, asking the two companies to provide more information on the merger, according to a Tuesday regulatory filing. Earlier this month, the regulator, led by Lina Khan, made a similar request over the tech giant's planned $3.9 billion acquisition of health care company One Medical. Fortune

- Looking for buyers. Phoenix Suns and Mercury owner Robert Sarver is trying to sell his shares of the two teams after an investigation found he used racist slurs and harassed female employees. Citing mounting pressure to step down, Sarver said he does "not want to be a distraction" to the two teams. Fortune

- Coming forward. One of the 20 employees who settled a $600,000 lawsuit alleging sexual harassment at chef Mario Batali’s restaurants in 2021 has come forward with her account. Eva DeVirgilis says Batali sexually assaulted her in 2005 while she was working at his flagship restaurant Babbo in Greenwich Village. New York Times

- Avoiding Russia. WNBA players used to play in Russia in the offseason because of the high salaries, resources, and amenities offered to them. But after Phoenix Mercury player Brittney Griner’s arrest and eventual imprisonment this year, WNBA players who used to head to Russia are now opting to play elsewhere. NBC

Shakira is making new music, healing, and having her say Elle

She founded American Girl to 'bring history alive.' Then she made over a town Bustle

“All I needed to hear was that I’m good. You think I’m going to be stopped because maybe these people can’t see me? The industry just hadn’t caught up with how good I am.”

-Actor Sheryl Lee Ralph, who won her first Emmy last week, on being overlooked in the entertainment industry as a young Black woman in the 70s and 80s.